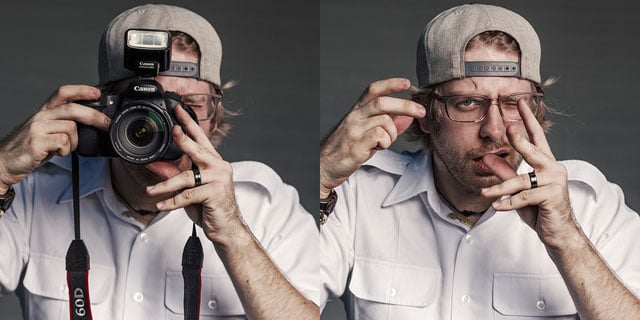 Ever wonder what you look like while you’re taking pictures? Orlando, Florida-based photographer Rich Johnson wants to show you. For his latest project “Behind the Mask,” Johnson had photographers pose for two pictures, one with their camera, and one without.

“As a photographer I sometimes look at my camera as a shield,” Johnson says. “For me, it makes it easier to insert myself in situations, and somehow feel completely disconnected from the moment. It’s as if I am wearing a mask and no one can see me.”

“From time-to-time, I would catch myself making faces behind the camera, and wondered if all photographers did this.”

Johnson first asked each photographer to take their camera and pretend they were taking a picture of him. After shooting a portrait of them, Johnson had his assistant quickly take the camera out of the subject’s hands, and Johnson immediately snapped a second photo. 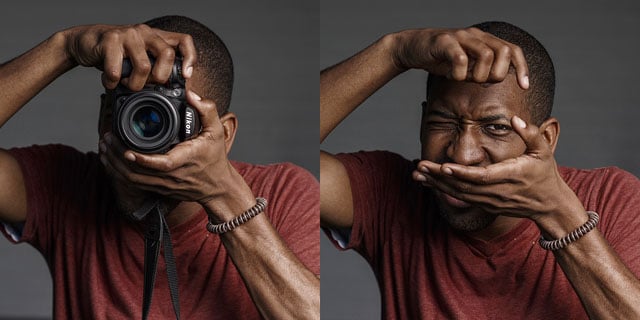 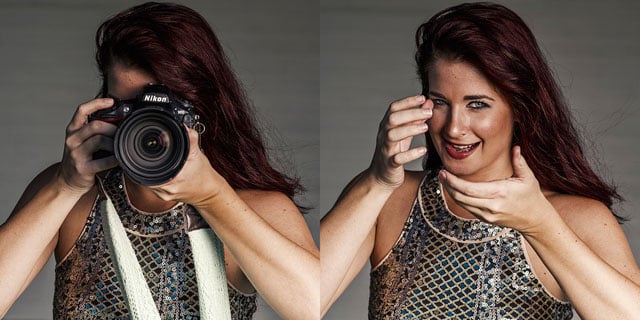 “It was really interesting to see the results of this project,” Johnson says. “Some were totally comfortable with it, and others weren’t. Some people did it in one take, and some had to do it over again because once we took their camera away they lost their composure.” 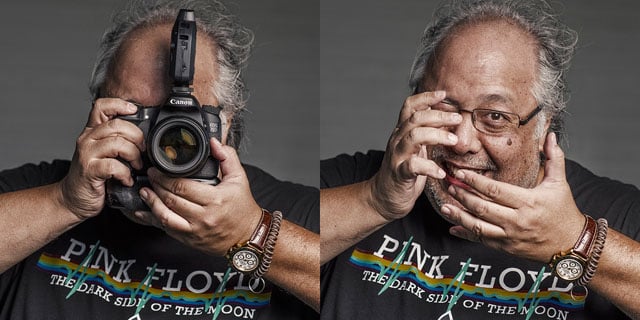 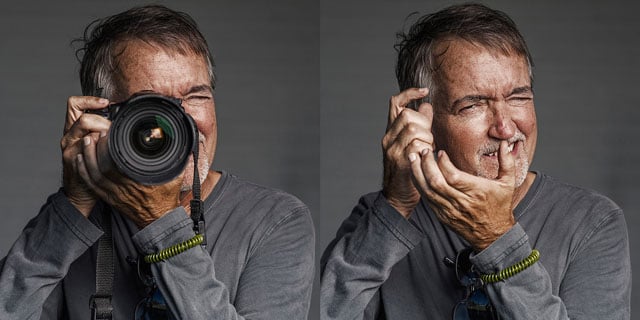 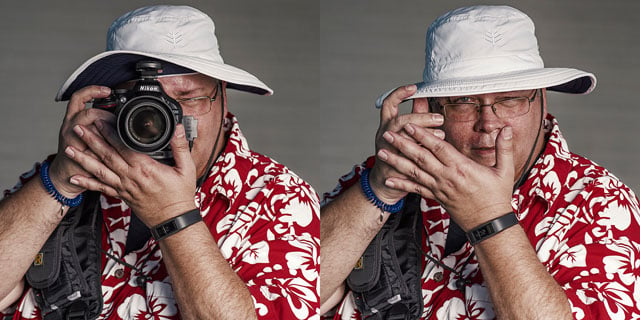 “The most difficult part of this shoot was getting the real faces they actually make while taking photographs,” says Johnson. “Photographers demand a lot from their subjects, but once you flip the camera on them, they have the same emotions and conflicts the rest of the world has.” 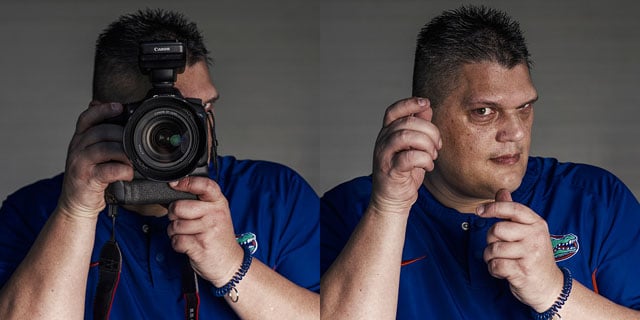 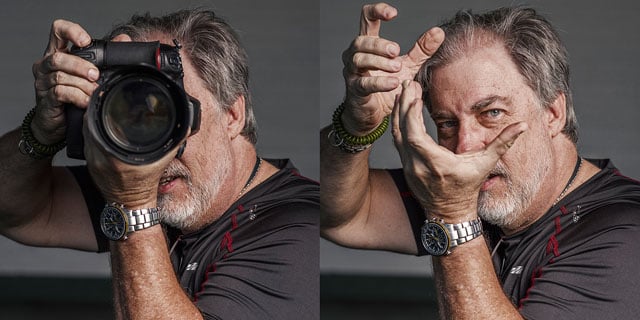 Image credits: Photographs by Rich Johnson and used with permission

25 Moods of an Ocean, As Seen by a Photographer at Eye Level

‘Star Wars: The Force Awakens’ Was Shot on Film, and Kodak May Be Profitable in 2016