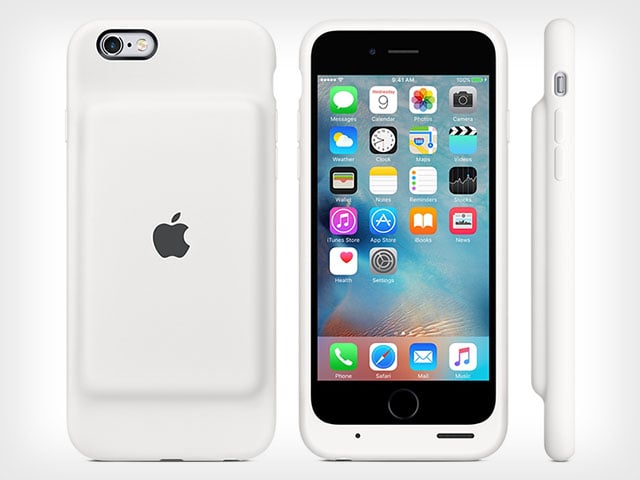 If an iPhone plays a big role in your photography, either as a pocket computer or as a primary camera, and you suffer from dead-battery anxiety, there’s some good news for you: Apple just announced an official battery case that greatly extends your phone’s battery life.

A new Apple Smart Battery Case has quietly appeared in Apple’s online store for iPhone 6 and iPhone 6S phones. It’s a silicone case that’s soft to the touch, with a soft hinge for inserting and removing your phone and a microfiber inner lining for protecting your device. Aesthetically, the case adds an awkward hump to the back of your device. 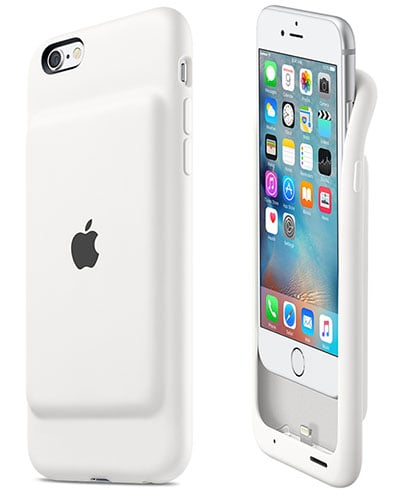 This new case is “smart” because your iPhone will know and indicate exactly how much juice you have left through its intelligent battery status info, which is displayed on the Lock screen and in Notification Center. 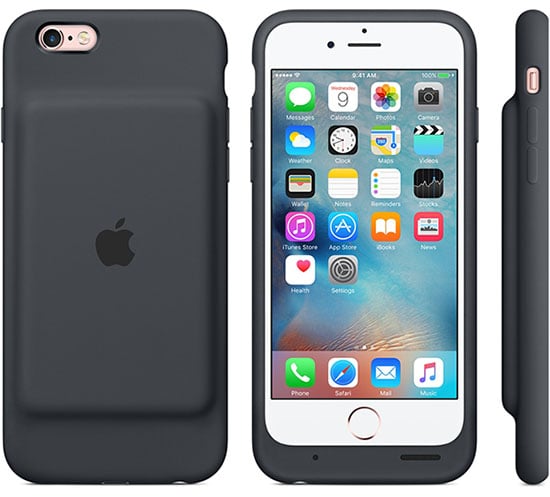 The iPhone 6s Smart Battery Case is available now in Charcoal Gray and White for $99 from the Apple Store. No word yet on whether cases will be released for Plus sizes or older iPhone models.

(via Apple via Pocket-lint)