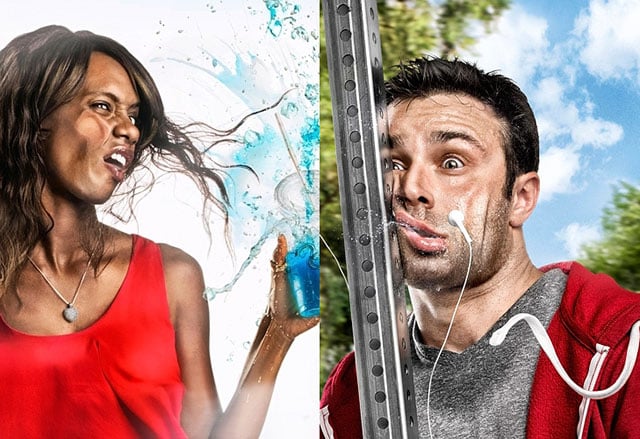 I can’t remember when it happened, but there was a point in my career that I started to ask the question: “Who could my photography help?”

It wasn’t that I had made so much money that I didn’t need it. It was because the idea that someone else’s life was better because of what I did meant so much to me. Perhaps it is the progression that is a photographic career, but my portfolio seemed less important than my legacy.

In a way, I felt in debt to the world, because I love this job almost as much as I love the people I have met through it and those who have supported me along the way.

Not long ago, I was contacted by an agency in town that said they had a shoot in mind for me, but were worried the budget wasn’t enough. It was at that point that they said this campaign was to help save people from contracting HIV. In essence we were going to do a shoot that could help prevent someone from making a “minor” bad decision that would drastically impact the rest of their life.

I told them I didn’t care what the budget was… that if they had a concept that could really help, I would shoot it no questions asked. It was then that they presented the concept that HIV is like an accidental obstacle that catches you off guard and those that contract it can never go back.

The tagline was direct: “It’s only dangerous if you don’t know it’s there.” 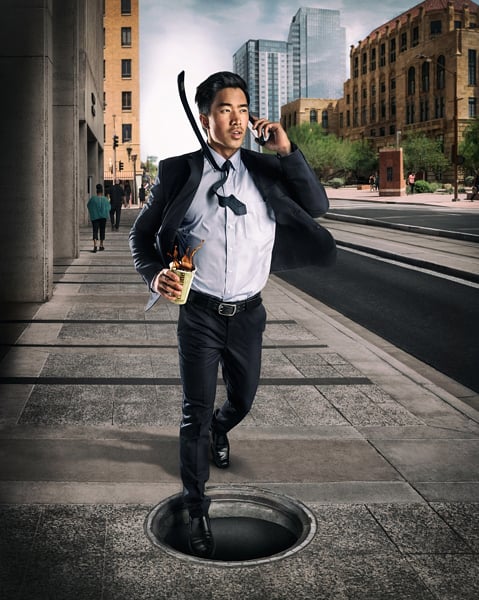 Then they laid out the creative for me and it was a photographer’s dream. Hugely impactful and shocking images that had the tagline and no other copy. I signed on right away and started laying out how I would execute the images without injuring the models. After all, a photoshoot is only fun when there is no followup lawsuit.

I went back to a campaign that I had done many years back — a shoot for The Deadliest Catch — for the idea and technique that I used to do it. We would create force in motion that didn’t exist. Through makeup, wind and pressing against acrylic, the idea that a collision had just occurred would show on camera. 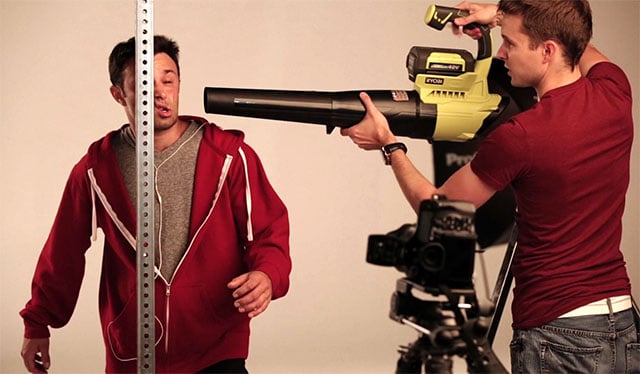 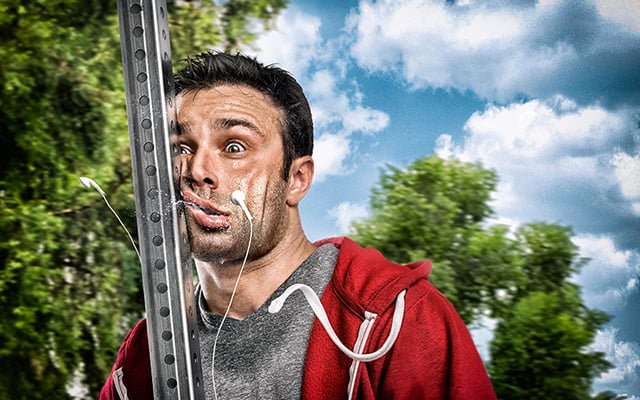 The imagery consisted of a jogger who had just collided with a pole from a street sign and was watching as the rest of life carried on in the form of his headphones and even the jacket he wore, yet his life as he knew it was stuck behind the pole.

The second image was a young businessman who was walking to work doing a deal on the phone and had missed the open manhole cover that he was stepping into. For his motivation I wanted to convey that everything as he knew it was a split second from collapse and that the cup of coffee that was feeling the gravity would be his last enjoyment.

The final image was a woman that was out shopping for the day and was walking into a store. She could see everything in front of her, but had missed the door, leading to an incredible crash into the glass crushing the drink in her hand and her face alike. 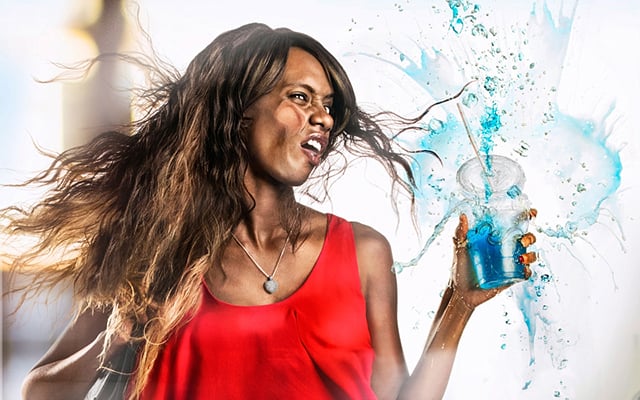 The impact of the images serves to shock the viewer into investigating a little bit further into the cause, and hopefully making them think twice in a situation that could lead to transmission of the disease. There are no awards of budgets that could mean more than knowing that you helped to save someone from a fate that would impact their life in such a dramatic way.

We made a short behind the scenes video of the first two images. Have a watch:

PSA: Canon Selphy Printer Cartridges Contain Copies of Your Photos After Use

This is a 3D-Printed Pistol Grip for the Olympus Air