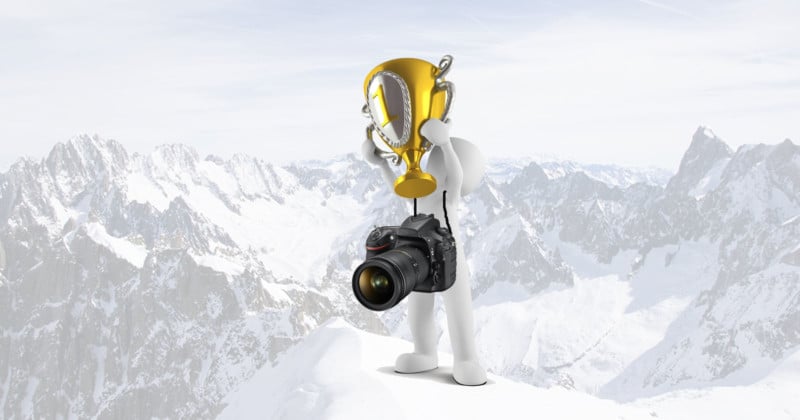 I was sitting in my dorm room at Arizona State University. To my left I had my XBox on (as it was pretty much 24/7) with some racing game on pause. In front of me I had my future, for I was entering a photography competition that I believed would make me famous and rich beyond my wildest dreams.

To this day, I can’t remember if I won any prize in that specific competition, but I remember that was the genesis of the idea that photo competitions were how you become successful in this career.

As I grew in my career, I paid less attention to trying to win competitions and focused more on learning my craft and developing a style that would serve my clients well. In the same way that I worried schooling for photography would train my eye to be generic, I worried that results (be it good or bad) in a photography competition would jade the direction of my style. So for that, and many other reasons, I decided to save the money that I would spend entering them and put it towards camera gear.

One day this changed. I had just had a good year and the emails for two competitions that I held in high regards arrived in my inbox. One was Luerzers Archive (Best Advertising Photographers) and the other was Communications Arts (Photo Annual). To be honest, I entered them both the same night and with the same image for one reason: I had been trying to learn how to make a really good dirty martini, and after my third attempt, I was lit and so I decided to enter a couple of photography competitions instead of making a fourth.

By some twisted stroke of luck, I won both. 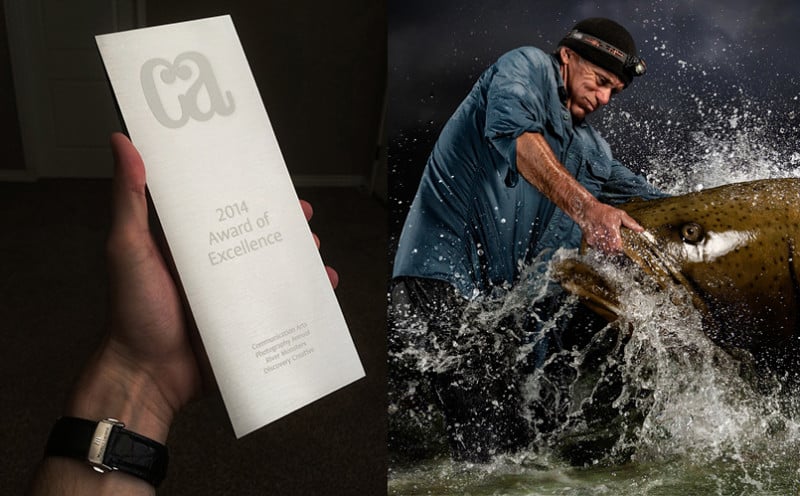 I remember being overcome with a sense of gratitude, pride and excitement. I was grateful for the people around me that had helped make it happen, proud that we could accomplish it together and excited for what the future held for us. After all after winning those two competitions, everything was going to change, right?

Yes, I got some trophies and recognition, but my life and career were not much different. I wrote a blog post announcing the awards, but bragging about them wasn’t something I felt would do much good. It was at this point I really started to see the value in photo competitions, and to be honest, it wasn’t much.

However, as time went on, we began to see the demise of industry magazines and that all clung to the life raft that was the competition. At first it was the PDN Photo Annual, then the PDN Faces competition, then another and another. What I began to see was that no longer was the idea of a photo competition unique anymore, and more than anything they were just ways to get money from beginning photographers with the promise that they would be famous for winning. I vowed not to enter another.

As even more time passed, and I imagine a lot of us, have had days where I would get emails to enter 10 different competitions, all promising greatness and charging $30 to $40 an entry. It was disingenuous, and seemed to prey on the hope and ambitions of those wanting to pursue a future in the industry. All of this was capped off by last week’s controversy over Shutterfest.

If you haven’t read about it yet, I highly recommend heading over to Imaging Resource and having a read of Jaron’s in-depth article about what happened. Long story short, the photographer puts on the competition and collects the entry fees from many young eager-to-learn photographers (of whom many of are already paying to attend his speech).

When the results came out, he, the guy who puts on the competition, wins most of the categories, denying the entrants any of the prizes and recognition they strive for. As if we hadn’t hit an all time low yet, he proceeds to make jokes about this and brags about expensive gear he has.

What happened to teaching the generation that is up and coming, with the idea that we will someday celebrate their successes as we have celebrated ours? We have an opportunity to help advance the knowledge of young artists around the world, yet people like this guy seem to only want to make money off of their aspirations.

Money and art will always co-exist, however when your pursuit becomes based on money, your art will die.

This Skier Got Epic ‘Drone’ Shots by Throwing His GoPro