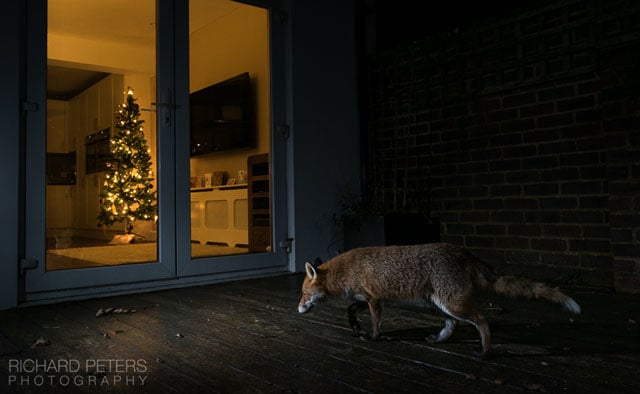 A little over a year ago, a friend stayed for the weekend and, one morning, spotted a fox in my garden. I didn’t see it myself, so was a little skeptical initially, thinking it was probably a neighbor’s cat. A couple of weeks later however, I finally spotted the fox too and grabbed a photo of it with my iPhone. That brief moment was the catalyst for a year-long project, and one that would ultimately see me winning awards in the two biggest wildlife photography competitions in the industry.

For many, time and money are often seen as limiting factors for taking beautiful wildlife imagery. Everyone wants to travel to distant corners of the globe to see unfamiliar wildlife. But fundamentally, eye-catching images can be taken anywhere there is wildlife. Essentially, it’s important to try and keep in mind that light is primary and subject is secondary — and by working from home, I was really able to put that message to the test. 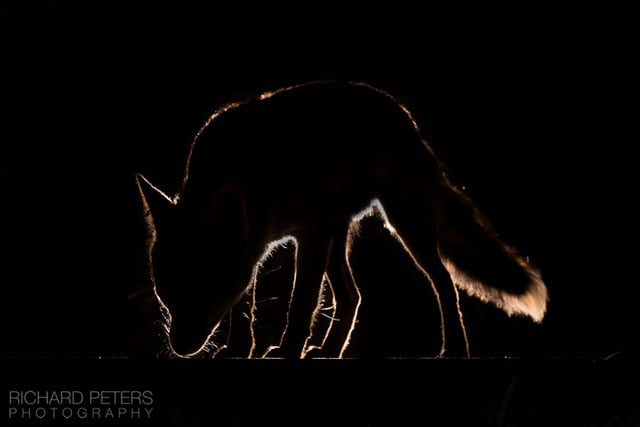 Initially, it was a slow and frustrating process. The foxes that had first grabbed my interest would only come sporadically, and almost always at dusk. I had to resort to shooting through the closed glass back door too, as they were very wary of me. My first few images were just too grainy and in low light but I persisted throughout the summer months.

During this time I also started taking the occasional photo of a pair of wood pigeons that started to come into the garden. Again trying to work under the notion that light trumps subject, something that is very true of pigeons as they are most often considered pests rather than photogenic subjects. 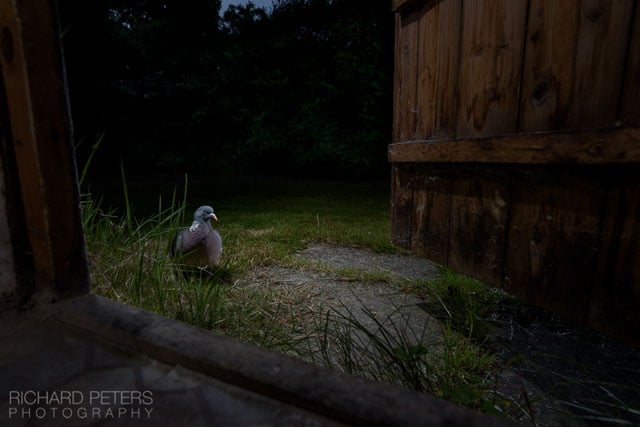 My main focus remained the foxes though, and eventually I managed to secure just one single frame through my open kitchen door, in relatively good light. I had hoped this image would be the start of more to come, but almost immediately, days after grabbing that frame, the foxes seemingly vanished.

This led me to put a trail camera in the garden to monitor any potential activity at night. This purchase was one of the best I have ever made, as within a week of putting it in the garden, I discovered my garden was frequently visited by badgers in the middle of the night. 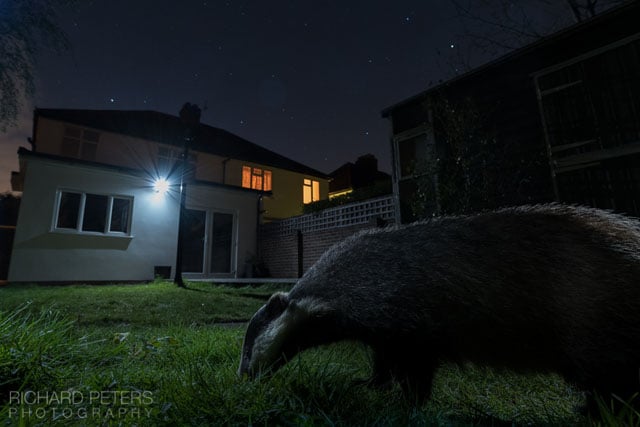 Badgers are a controversial animal in the UK, with many of them under threat from culls. So to see my garden safely playing host to them was heartwarming. Photographing them would prove a little more tricky, as they would only come well after nightfall.

This led me down the route of camera trapping. It’s not something I had any experience of previously, nor was using artificial light, so it was a huge learning curve for me. But it proved to be a highly enjoyable experience which took my photography in a new creative direction. It wasn’t without its problems though, and I spent months trying to learn how to balance the low ambient light of nighttime with the artificial light of a camera trap. 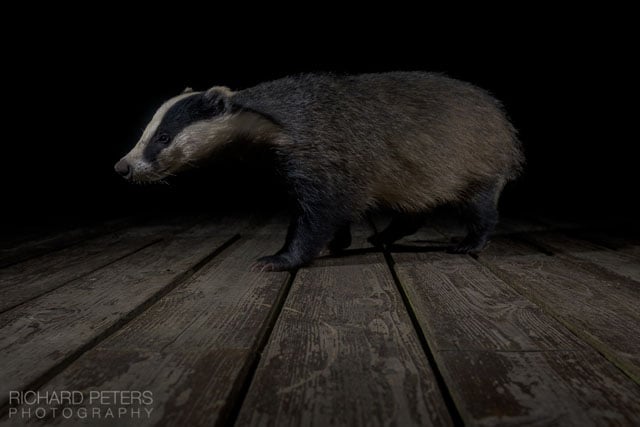 I spent a great deal of time experimenting with different ways to light the scenes and, with successful images relying on the badgers and fox being in the right place when the camera fired, at times have spent over a month trying to capture one single image how I envisioned. 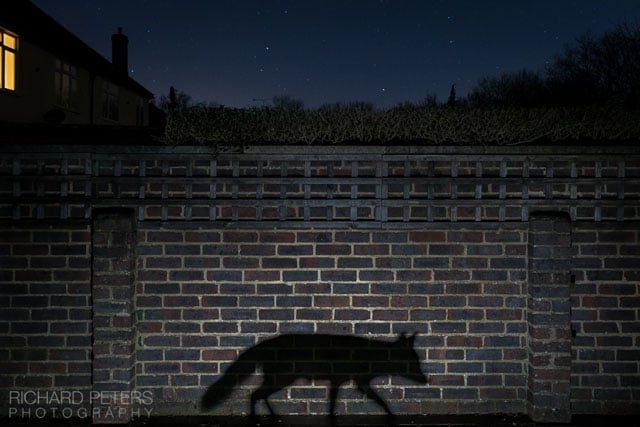 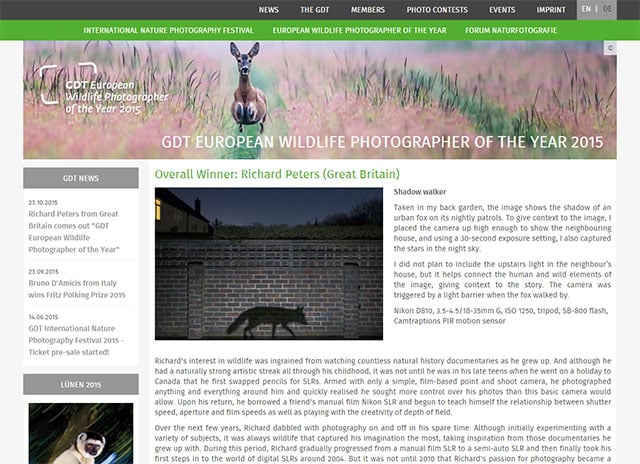 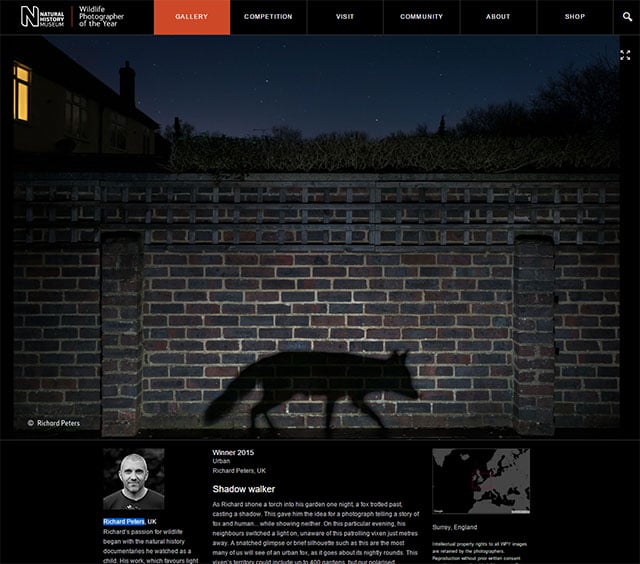 The idea for that image came to me 6 months previous to capturing it on camera. In the early days of my project, we had no working security light on the outside of the house. Because of this I had to result to shining a torch out the back door to see what was happening in the darkness.

One night, a fox walked out from down the side of the shed and through the light. In doing so, it cast a wonderful shadow on the shed. As soon as I saw that, I knew if I could work out how to capture the shadow in a unique way, it would make for a good image.

Initial attempts consisted of my trying to trigger the camera manually with a radio shutter release remote. It was semi successful but it wasn’t until several months later, when I had learned how to capture the night sky and balance it with my artificial lights, that the image came to life.

I had also purchased a Camtraptions PIR sensor so that the camera would trigger without me having to keep vigil, and those two elements combined to allow me to capture the image I wanted. I placed the camera up on my tripod, at such a height that the neighbours houses were visible, in order to give some depth to the image. With a low-level flash positioned to cast the shadow, all that I needed then was a clear, moonless night, the fox to walk between the camera and wall at the right distance, and be in the right pose.

With so many elements needing to come together, it took a few nights for everything to work as planned. I have quite a few images of the foxes shadow being too big, or the fox being visible as it’s too close to the wall. Then there was the nights that cloud cover came over unexpectedly. Not to mention the shots where the fox was in a pose that didn’t translate well as a shadow. I even have a few photos of the neighbours cat cast against the wall.

But when everything did finally fall in place, and I checked the back of my camera that cold February morning, I knew I had something special!

Where project will go next, I’m not sure. I’ve had 3 badgers in the garden at once over the summer, but equally the winter is now approaching and visits have already started to slow as the weather turns and nights get colder. 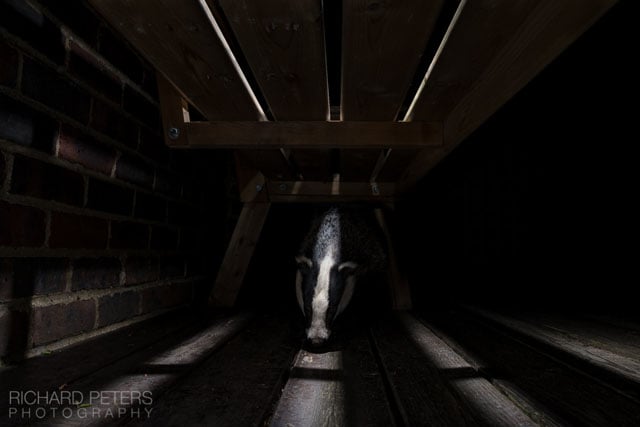 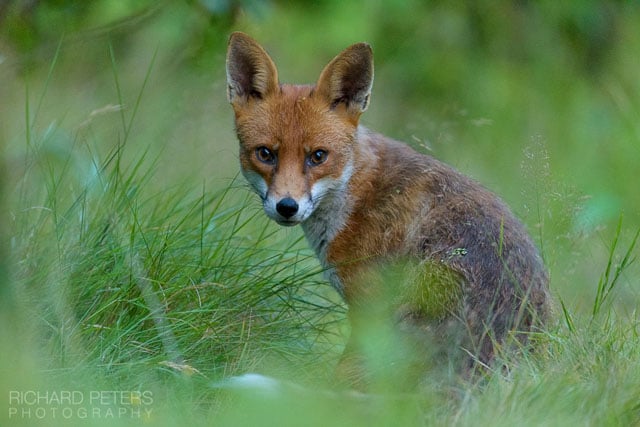 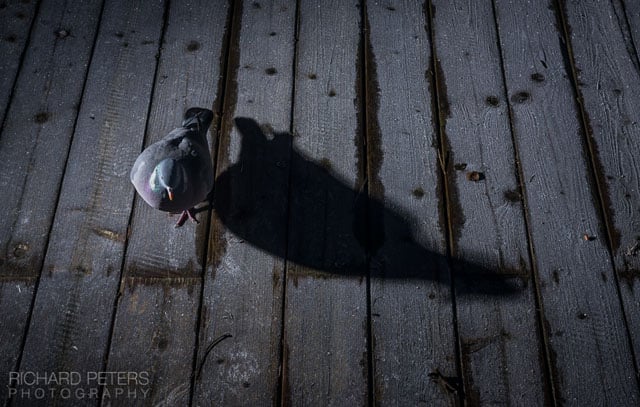 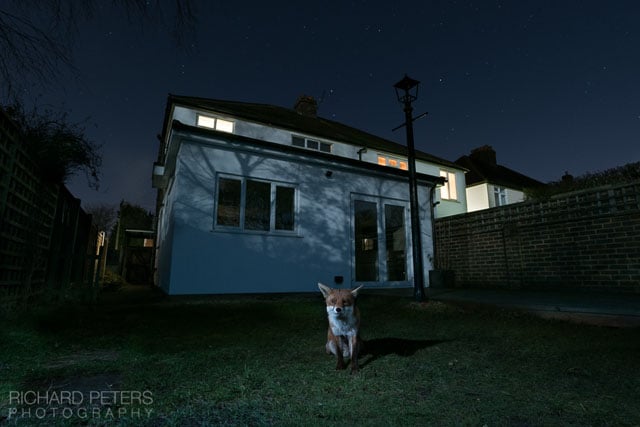 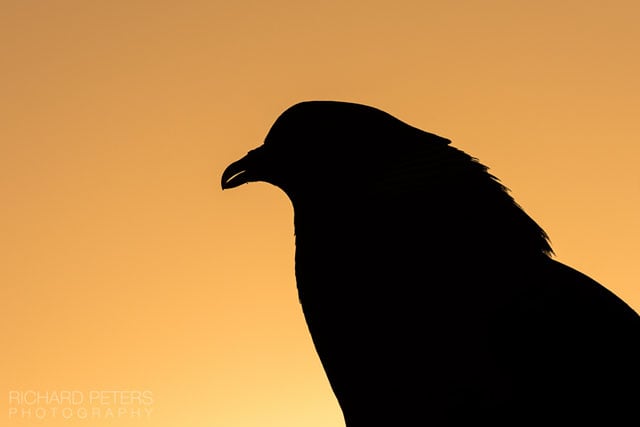 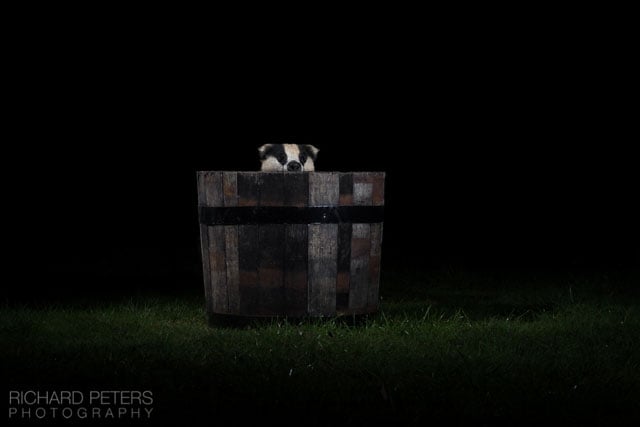 But one thing that has come out of this is my eBook ‘Back Garden Safari’. At over 200 pages, it not only documents my project, but also acts as a how-to book, covering the basics of better wildlife photography, from composition to why using RAW is preferred, right up to simplifying the use of what are generally thought of as quite complex, camera traps.

Looking back now it’s been an amazing year, and I still can’t quite believe how that single iPhone photo ignited a whole new path for my photography to take.

About the author: Richard Peters is a UK-based photographer and the 2015 GDT European Wildlife Photographer of the Year. He photographs everywhere from his own back garden to the more distant parts of the world. You can find more of his work (and buy prints of his photos), over on his website.

Canon Profits Down 21% as Mirrorless Cameras Cut Into DSLR Sales