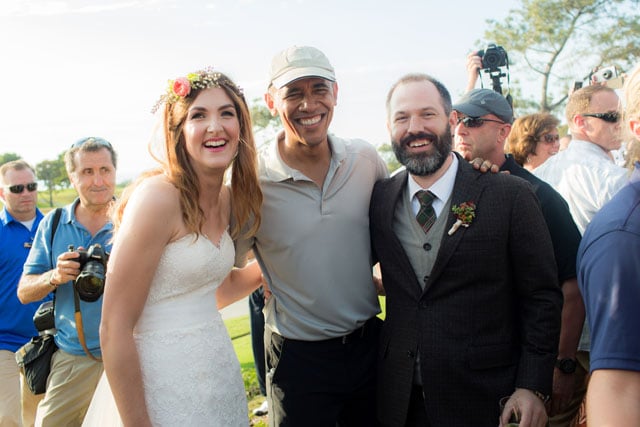 San Diego-based wedding photographers Jeff and Erin Youngren got an unexpected surprise this past weekend after President Obama stepped into the scene. The wedding was at the Torrey Pines golf course in San Diego, and Obama happened to be playing a round of golf on Sunday.

When the photographers arrived at the lodge for the wedding, Obama was on the course just outside. The president’s 18th and final hole ended up being right next to where the ceremony was being held, to the delight of those at the wedding (who had their cell phone cameras out and ready).

After finishing up his game, Obama surprised the crowd by approaching to shake everyone’s hand. The bride and groom, Brian and Stephanie, then sprinted to the scene from the hotel, and the Youngrens managed to shoot some photos of the happy couple as Obama crashed their big day. 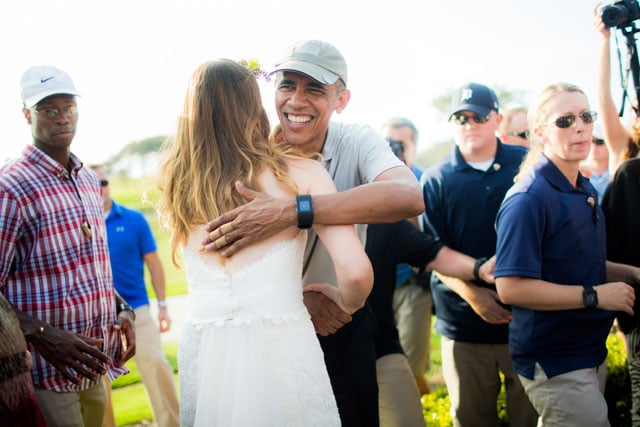 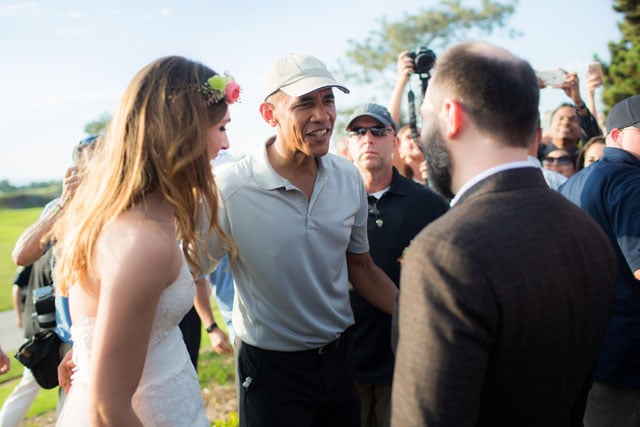 Official White House photographer Pete Souza was also with Obama, and the Youngrens’ photos show that Souza is still shooting with two Canon DSLRs. So it seems that the Sony a7R II photo that was published by Souza recently was the result of him testing out some gear rather than the first photo in a switch from Canon to Sony. 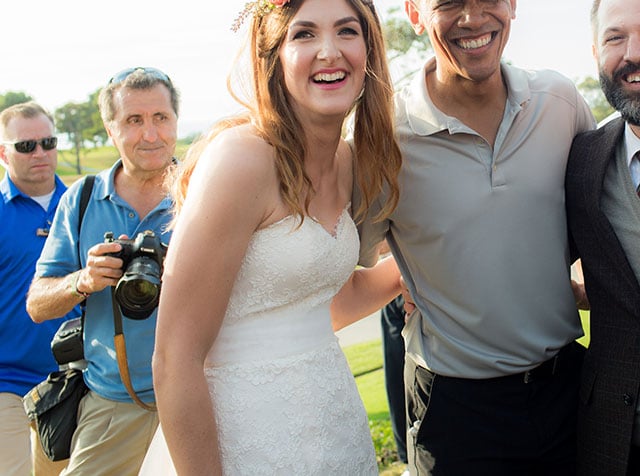 “It was such a fun and memorable experience and added to an already wonderful day,” the Youngrens tell PetaPixel.

“President Obama, you are my hero for taking a moment to make this a day when a beautiful couple not only got to marry the love of their lives but have the moment of their lives,” writes Erin on the duo’s blog. “Thank you – beyond words. Thank you!”

Image credits: All photographs by The Youngrens and used with permission

Canon Patents a Loupe Viewfinder That Flips Over the LCD Screen