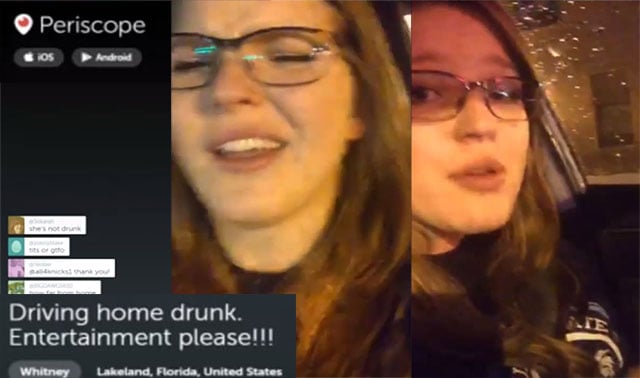 In what will rank as one of the most disgraceful uses of social media in 2015, a 23-year-old woman in Florida has been arrested after broadcasting a live stream of herself driving while drunk on Periscope.

Whitney Marie Beall of Lakeland, Florida decided to live broadcast whilst driving under the influence. In one of seven episodes recorded during her binge session, Whitney Beall says to her viewers “I’m driving home drunk, let’s see if I get a DUI.”

YouTube user Lkld Now managed to screencast one of the DUI diatribes before it was taken off air. Beall, who is visibly intoxicated and holding the phone in her hand simply titled the scope “Driving Home Drunk. Entertainment Please!!!” Here’s the 40-minute video:

Owned by social media giant Twitter, Periscope is fast becoming the best way to engage with your followers. Designed primarily as a phone app it gives users a platform onto which they can broadcast any aspect of their lives to a worldwide audience. It has proved especially effective when live streaming events and breaking news stories. We suspect it was only a matter of time before someone used it to seriously incriminate themselves. 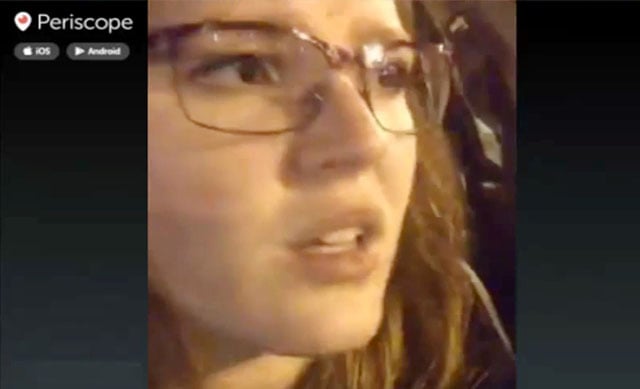 During the 40-minute-long clip above, hundreds of users signed in to the Periscope app to plead with Bell to stop driving, warning that it was not just her life but other lives she was putting at risk with her actions. Despite their best efforts, they were ignored.

This led to several people phoning 911 and reporting the incident as it unfolded. The police department, which had not been formally trained on how to use Periscope, had to rely on the public to help locate Beall and her car. ABC Action News reports that one of Lakeland’s police officers even took it upon themselves to log in to his personal account to aide in the search.

Thankfully due to the diligence of the general public and the police force alike Whitney Beall was pulled over and arrested and charged with a DUI. The dash cam of a Lakeland Police Department patrol vehicle recorded Bell performing the field sobriety test. The officer on call can be heard telling Beall, “I wish you had your phone on you to record this.”

Lakeland Police Department released a statement via their Facebook page:

The account from which Whitney Beall broadcast her Periscope is still active, however all videos will have since been removed from the service as they only stay live for 24 hours before being automatically deleted. 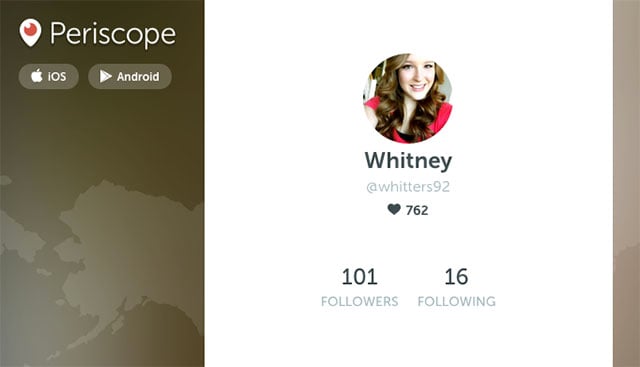 The police officers at Lakeland say this was a first for them and they are shocked someone would do this. However, as PetaPixel has reported on before, Periscope is just the latest in a long list of social media tools that help people themselves get arrested.