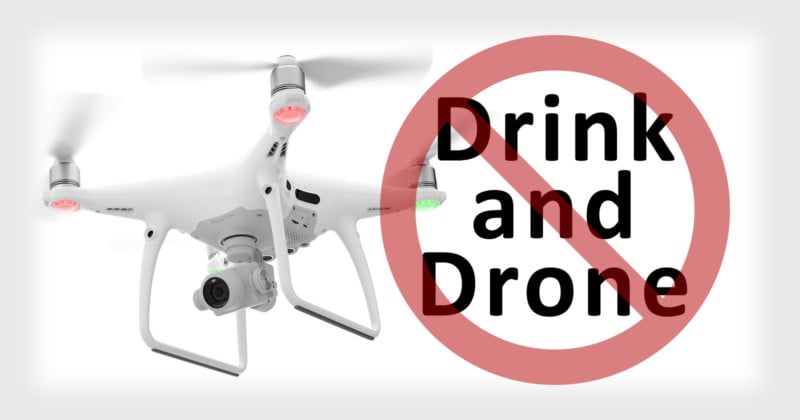 You’ve heard of drunk driving, but what about drunk droning? That’s what’s on track to become a new crime in the state of New Jersey after lawmakers voted to approve the new bill.

Reuters reported last week that this proposed law, Senate Bill S-3370, is part of a movement among US states to bring the relatively unregulated (and exploding) drone market “back to earth.”

Under the bill, it is a disorderly persons offense to operate a drone: 1) knowingly or intentionally in a manner that endangers the life or property of another; 2) to take or assist in the taking of wildlife; and 3) while under the influence of intoxicating liquor, a narcotic, hallucinogenic, or habit-producing drug or with a blood alcohol concentration of 0.08% or more by weight of alcohol. Disorderly persons offenses are punishable by a term of imprisonment of up to six months, a fine of up to $1,000, or both.

The bill now moves to the desk of Governor Chris Christie, who must sign it before his second term ends on January 16, 2018, if the bill is to become law.

(via New Jersey via Engadget)