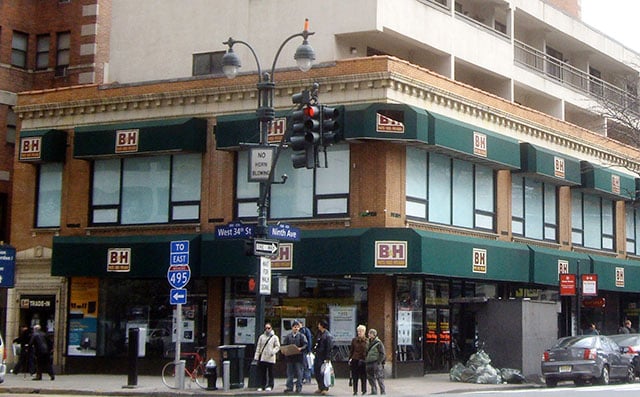 B&H is one of the biggest retail names in the world of photography, but it’s also the one at the center of a new controversy after nearly 200 workers launched a campaign to unionize. The disgruntled employees accuse the photo retail giant of widespread racial discrimination, wage theft, and unsafe working conditions inside the Brooklyn-based warehouses.

Al Jazeera America published a lengthy report today after interviewing a number of B&H employees involved in the movement.

The stories are alarming. One man reports doing 13-hour warehouse shifts and getting his spine injured in an accident — he attributes it to a lack of proper training. Another accuses B&H of failing to provide safety equipment (i.e. gloves) because it’s too expensive. Others report suffering health damage from working near dust and fiberglass/asbestos insulation.

B&H has been slapped with multiple discrimination lawsuits over the years, reports Al Jazeera America: a settled $4.3 million one in 2007 by Latino workers, another in 2009 by female workers, and a third in 2011 by another two Latino workers.

A large group of employees flooded into B&H’s retail store this week, occupying the space with chants for justice:

Workers have also been demonstrating on the sidewalks outside the store:

B&H has declined our request for comment. You can read more about the accusations on Laundry Workers Center and over at Al Jazeera America.

Update on 10/14/2015: Here’s an official statement from B&H from spokesman Ronn Torossian:

B&H Photo is the quintessential New York business, which began 42 years ago as a storefront operation and has blossomed into a significant force in photography and consumer electronic industry.

We could not have grown from where we began to what we are now without the help of our employees, nor could we have grown had we not had the same commitment to our diverse teams of over 2000 employees that we have to our loyal customer base.

Our staff is a key to our success, and we are proud of our average employee tenure in our distribution and fulfillment center of more than five years. B&H provides terrific benefits, highly competitive wages and a safe, friendly environment. B&H has been and remains committed to the satisfaction of our employees.

Review: The Zeiss Loxia 21mm f/2.8 Has Great Quality But a Grip That Grates