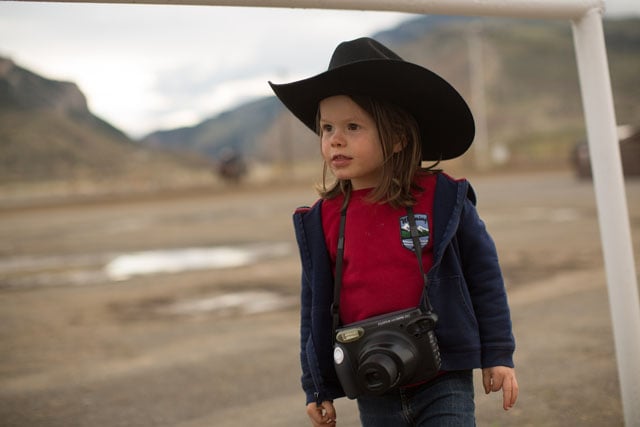 Hawkeye Huey is a 5-year-old photographer who has already accomplished quite a bit in his young career. At the age of 4, Huey traveled across the American West and shot documentary photos of things he saw. Those photos gained him a following of over 100,000 followers on Instagram, and now those photos are on their way to being published as a photo book.

We first featured Hawkeye’s story back in November 2014, 6 months into his journey in photography. As you may remember, the tiny shooter’s early start is thanks to the photographer mentor who has been (literally) holding his hand along the way: his father, National Geographic photographer Aaron Huey. 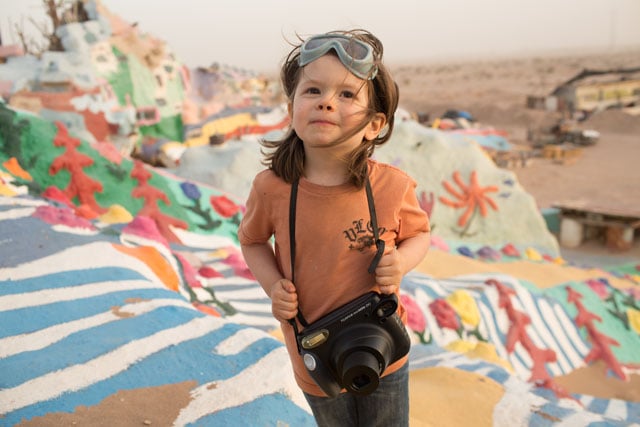 Hawkeye’s journey started when he tagged along with Aaron while the father photographer shot a photo project near the Salton Sea.

“When Hawkeye was 4, I decided he was old enough to start going on adventures with me,” Aaron tells PetaPixel. “We had bought a Fuji Instax instant camera. That first trip with cameras was not about photography — it was about connecting as a father and son — but as soon as Hawkeye started shooting photos I fell in love with the photos and wanted to do more trips.” 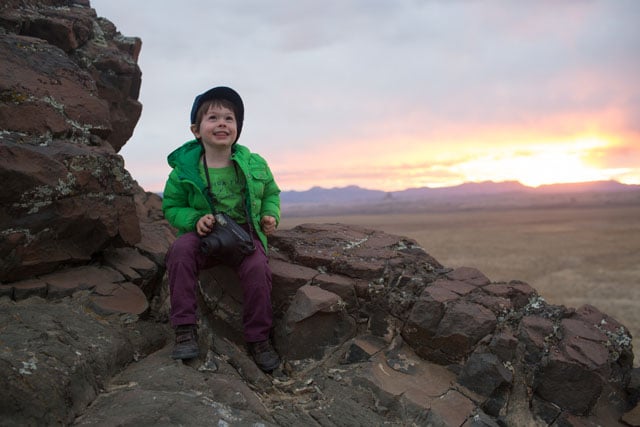 Aaron and Hawkeye ended up going on a series of trip across the American West over the course of 18 months.

“When Hawkeye is with me on these trips, it’s about Hawkeye, not about my photos,” Aaron says. “I have to keep a very close eye on him, so I am not as focused on my own images. We sometimes start to photograph the same people and environments, but I’ll let him take the lead.”

Here is a selection of the photos made by Hawkeye during the journey: 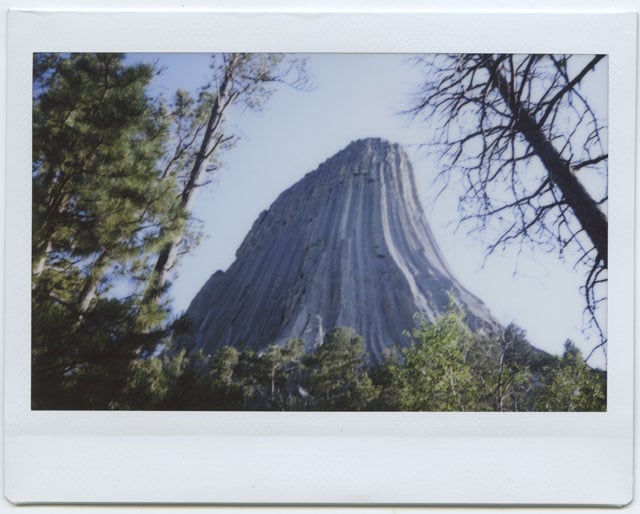 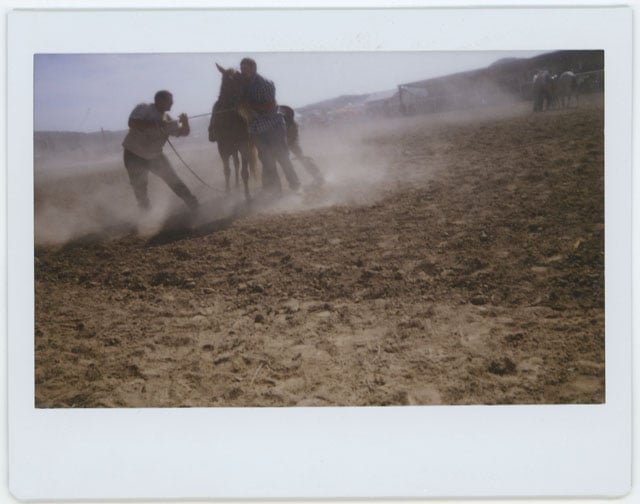 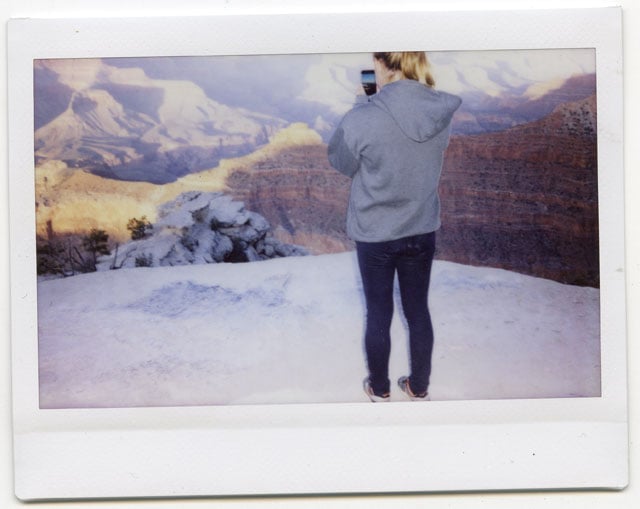 “I find Hawkeye’s photos much more interesting than the ‘prefect’ photos we see everywhere,” Aaron says. “I think there are too many polished images. Too predictable, too shiny, too perfectly balanced. I think we all like seeing the imperfection in his images, the little tilt sometimes, the fact that you cant see everything you want sometimes.” 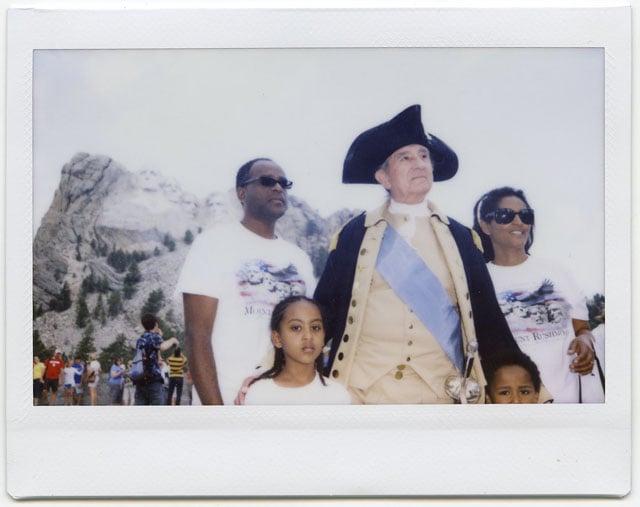 “Analog, and analog in the hands of a 4 or 5 year old is very powerful because it is beyond influence,” Aaron tells PetaPixel. “I can get him to beautiful places, so that is an influence he doesn’t know about. But how he frames those subjects has no creative influence, and that’s a rare thing for us to see. I love the perfect imperfection of his images.” 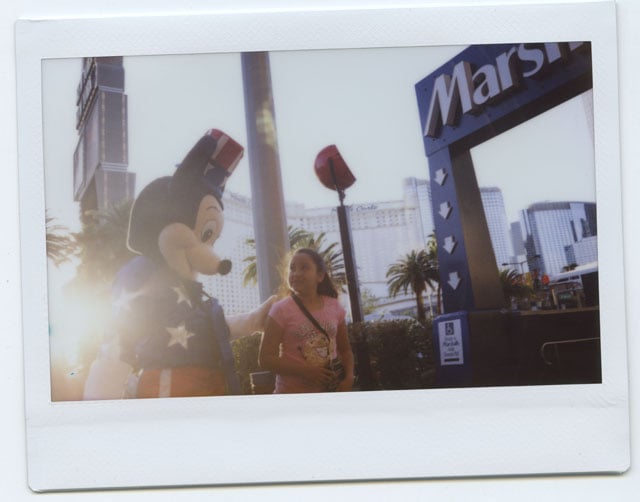 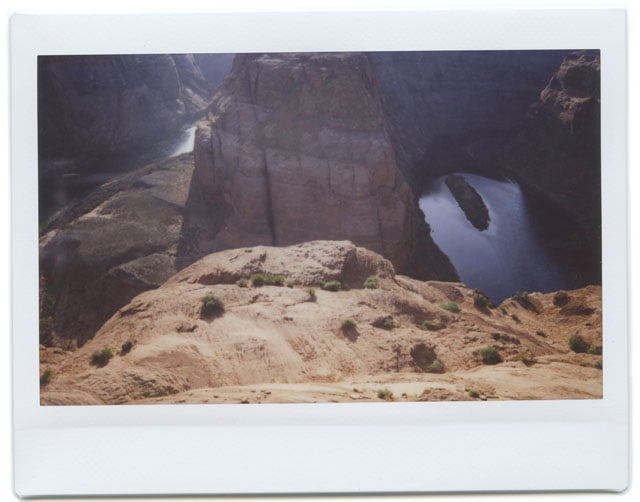 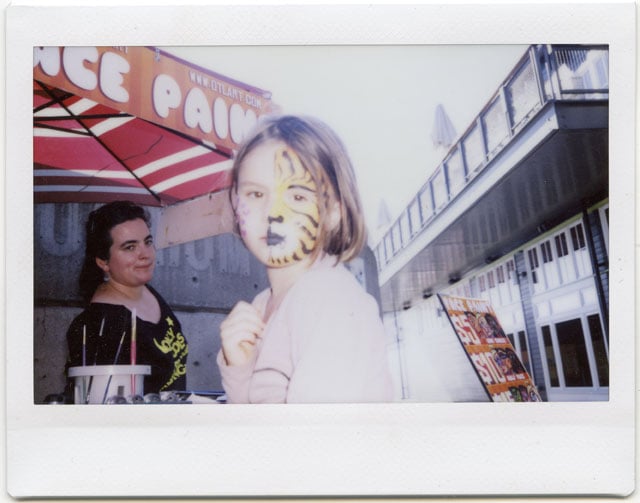 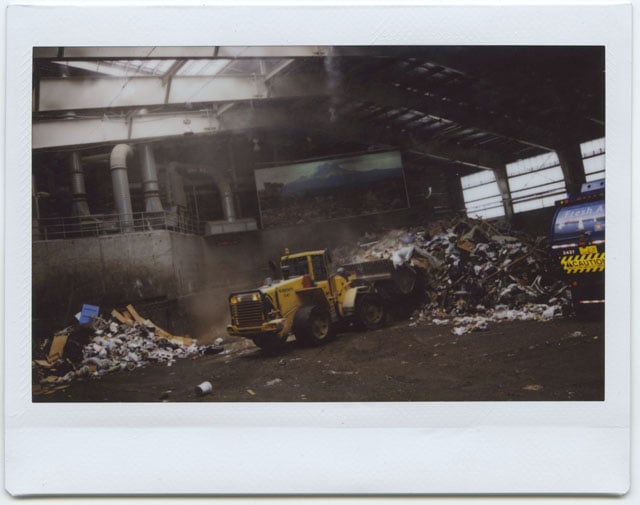 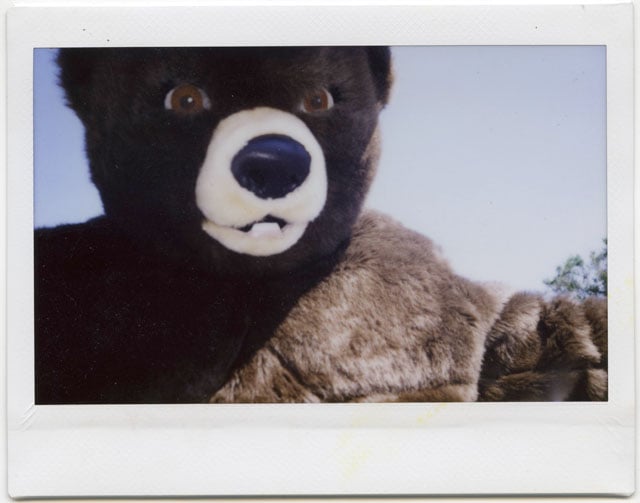 With the booming success of Hawkeye’s Instagram account, Hawkeye’s next step will be to become one of the youngest published photographers. There’s a new Kickstarter campaign through which you can pre-order Hawkeye’s first photo book, which is titled COWBOYS INDIANS HOBOS GAMBLERS PATRIOTS TOURISTS & SUNSETS for a contribution of $35+.

Aaron says Hawkeye may retire from photographer for a while when he turns 6 in December so he can focus on his studies (at kindergarten), but he hopes this book will eventually be available at elementary schools and libraries around the country.

“This project is not about holding Hawkeye out as a prodigy, but about seeing the creative genius in all children,” he says. “We hope more parents will do experiments like this with their children.”

Image credits: Photographs by Hawkeye Huey and used with permission

A Brief History of Color Photography, From Dream to Reality