The US Federal Aviation Administration (FAA) announced yesterday that it’s proposing an unprecedented $1.9 million fine against Chicago-based SkyPan International, a company that shoots aerial photos and videos with camera drones. This is the largest civil penalty ever proposed against a drone operator for endangering airspace safety.

According to the FAA, between March 21st, 2012, and December 15th, 2014, SkyPan flew 65 unauthorized aerial photography drone flights in some of the country’s most congested airspace and over heavily populated cities (e.g. New York City and Chicago).

These flights violated “airspace regulations and various operating rules,” the FAA writes. “These operations were illegal and not without risk […] SkyPan operated the aircraft in a careless or reckless manner so as to endanger lives or property.”

“Flying unmanned aircraft in violation of the Federal Aviation Regulations is illegal and can be dangerous,” says FAA Administrator Michael Huerta. “We have the safest airspace in the world, and everyone who uses it must understand and observe our comprehensive set of rules and regulations.”

The proposed $1.9 million fine dwarfs the previous largest fine proposed for drone operations, which was a $18,700 penalty handed out to a New York video production company called Xizmo Media, the Chicago Tribune reports. The FAA tells the Tribune that SkyPan’s ginormous fine is due to the number of times the FAA warned SkyPan about its operations (to no avail).

Interestingly enough, on SkyPan’s website, the company proudly touts the fact that it’s one of around 1,700 companies that has received an FAA Section 333 exemption that allows it to operate drones commercially: 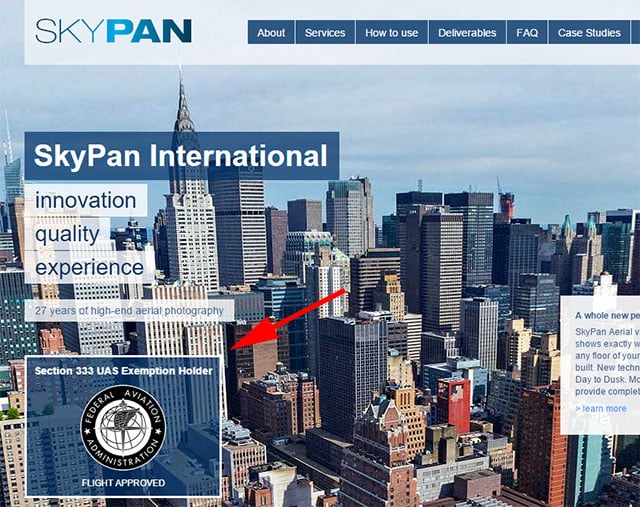 NPR reports that SkyPan president Mark Segal told one of its radio stations that the proposed fine “is ridiculous and unfair,” and that SkyPan plans to sit down with FAA officials to discuss it.

SkyPan now has 30 days to respond to the FAA’s proposed fine.

Here’s What Was Launched Yesterday for Lightroom CC, Mobile, and Web