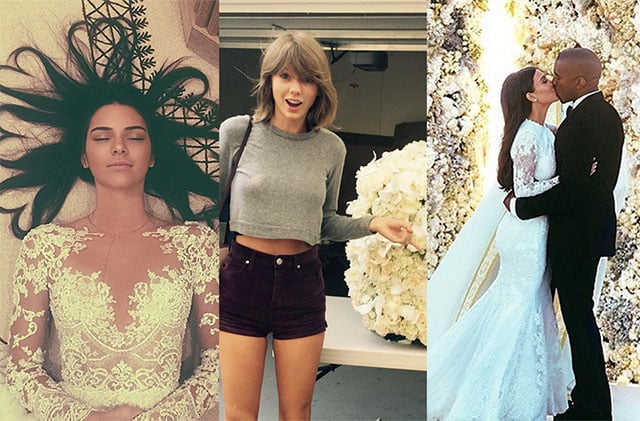 Instagram launched five years ago today, transforming the way the world takes and shares photos. Here’s a look back at the most popular photos ever posted to the service.


First of all, it’s amazing how quickly Instagram has grown over the past half decade. When it launched back in October 2010, Instagram was just a tiny startup trying to make a splash with its new app (and trying to dethrone Hipstamatic, the heavyweight at the time). Here’s the email we received at the time from co-founder (and current CEO) Kevin Systrom, who was trying to get press coverage for the debut:

Less than 2 years later, Instagram was acquired by Facebook for $1 billion in cash and stock. The service is now adding 100 million users every 10 months, and recent estimates peg the value of Instagram at around $35 billion.

Of the 40+ billion photos shared on the service so far, a handful have earned the distinction of being the most popular shots ever shared. TIME published a list of the shots today. As you might expect, they’re almost all photos uploaded by celebrities with massive followings.

The 5 Most Popular of All Time

Here are the 5 most popular Instagram photos of all time:

#2: Taylor Swift posted a photo of herself with flowers:

#3: A photo by Taylor Swift showing her and her boyfriend:

#4: Kim Kardashian posted this photo of her and Kanye West getting married:

Here’s a look at which photos were most popular in each of the past 5 years of Instagram’s young life:

2010: Instagram founder Kevin Systrom shot this photo of his foot and a dog:

Here’s Systrom telling the story of the shot:

Update on 12/16/21: This video embed has been removed by its owner. You can still watch it here.

2011: Justin Bieber with his dad and siblings:

What is it buddy

Me and uncle Will

So there you have it: these are the Instagram photos that have made the biggest splash on the photo sharing social network over the past 5 years. With the way the community has been growing, we’re guessing a new photo will take the popularity crown in the very near future.