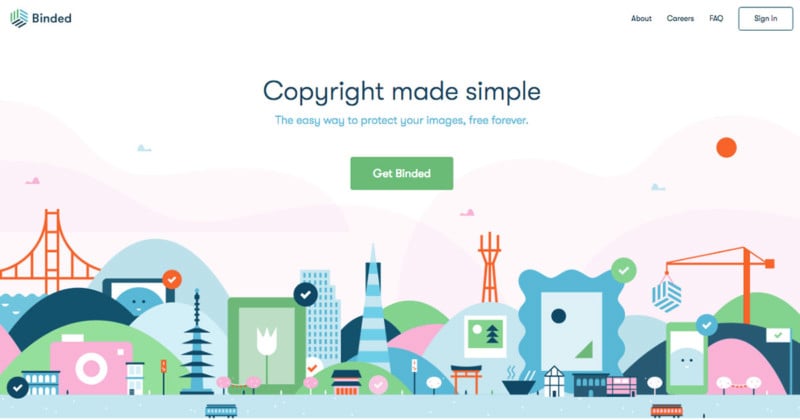 A new copyright protection service called Binded just launched this week. It’s actually a rebrand of the company formerly known as Blockai, and the purpose remains the same: using the Bitcoin blockchain to protect photographers’ copyrights.

Originally launched back in July 2016, Blockai touted itself as a copyright platform that would use blockchain technology to simplify copyright claiming and protection. With this latest rebrand to Binded, the company is moving away from trying to sell the technology behind the service through its name and instead focusing on making it clear that its service helps photographers “bind” their name and copyright to their digital work online.

Alongside the rebrand, the company is announcing that it has raised another $950,000 in funding, bringing its total funding raised thus far to $1.5 million.

In case you missed it the first time around, here’s how Binded works: photographers import their photos to the service to claim copyright on them — images can be imported through a browser or using the service’s integrations with Instagram and Twitter.

Binded also works to search the Web on your behalf to automatically find copyright infringements of your photos, and the company is working on making it easy for users to register official copyrights with the U.S. Copyright office.

Binded claims that 10 million copyright records have been formed through the service since it launched in March 2016. The service is (and will always be) completely free, and Binded says that in the future it will monetize by creating value for customers and then keeping a “fair piece” of that value.

Photographing the ‘Great Migration’ in Tanzania