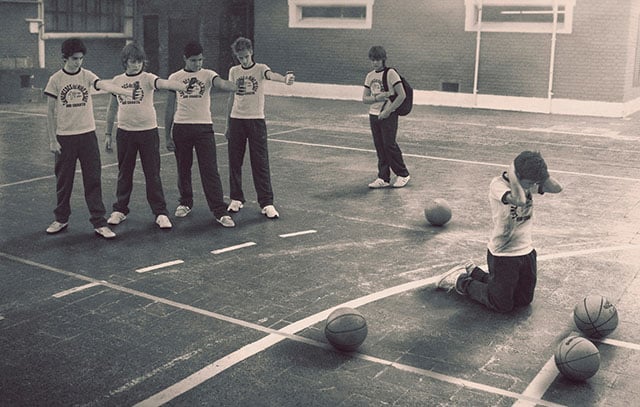 UNICEF, the United Nations Children’s Fund, recently launched an ad campaign in Chile that speaks out against cyberbullying with smartphone photos. Titled “One Shot,” each of the three ads shows a group of teenage students pointing their mobile cameras at one of their peers, firing squad-style.


The three execution scenes are titled “Fatty,” “Nerd,” and “Weak”: “One shot is enough,” the ads read. “Cyberbullying represents one of the main causes of depression and suicide among kids at school. If you have a smartphone, use it wisely. Don’t kill anyone’s self-esteem.”