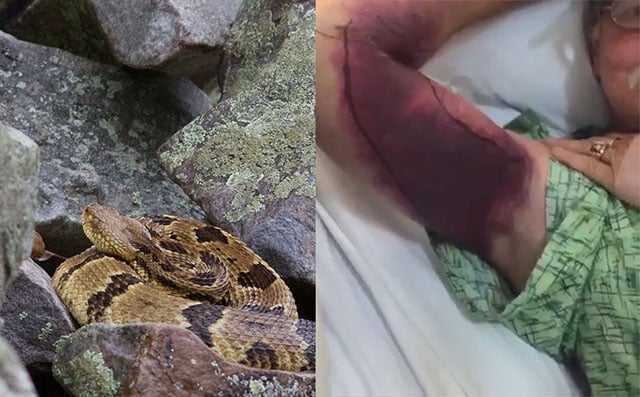 People still aren’t getting the message that taking selfies with wild animals can be a very bad idea. Yet another tourist was flipped by a bison in Yellowstone last week while shooting a selfie, but that pales in comparison to what happened to a San Diego man earlier this month: the guy tried to take a selfie with a rattlesnake, got bitten, and racked up a $153,000 hospital bill for his treatment.

KGTV San Diego reports that Todd Fassler was bitten on the arm after picking up a rattlesnake from some brush and trying to take a selfie with it.

Doctors had to use up the anti-venom stash at two different hospitals in order to save Fassler’s life, and that “pharmacy” charge added $83,000 to Fassler’s bill. The total cost came out to $153,161.25. Here’s a photo of the bill that Fassler shared with KGTV: 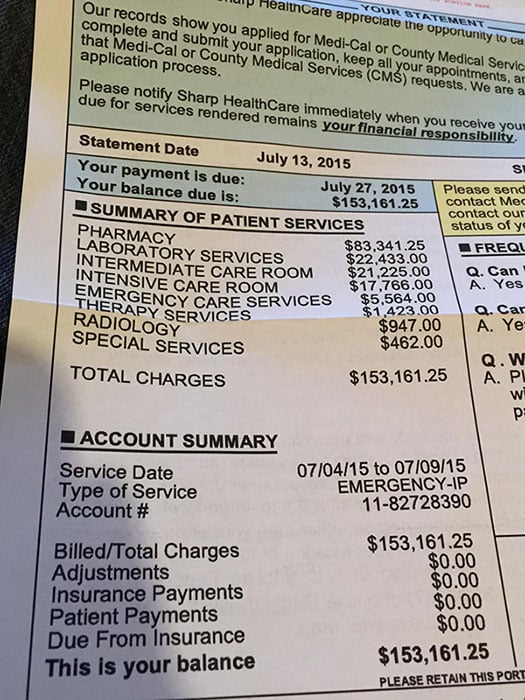 Hopefully Fassler has a good health insurance plan, because he already paid a pretty big price for his dangerous photo attempt. His strange story is yet another reminder that you should exercise extreme caution when bringing your camera near dangerous wild animals.

Woman Flipped Into the Air After Selfie with Bison