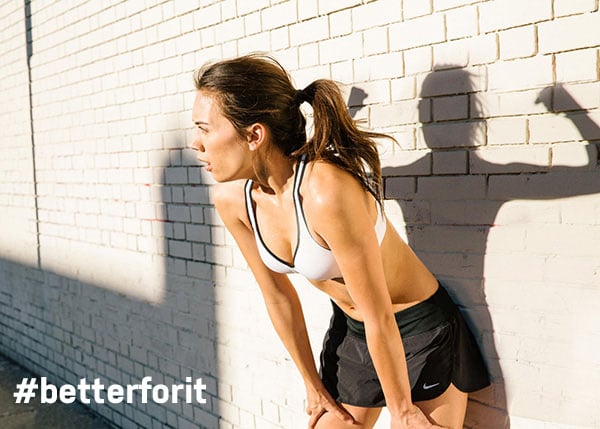 The New York Times published an article about brands using user generated content (UGC) without explicit permission. When a woman named Shereen Way posted a photo of her daughter to Instagram with the hashtag #crocs, Crocs pulled the photo and posted it to their website with other user photos.

It was only much later that Crocs sought explicit permission from Ms. Way, which she declined. And how did they ask for permission? “Please respond with #CrocsOK.” 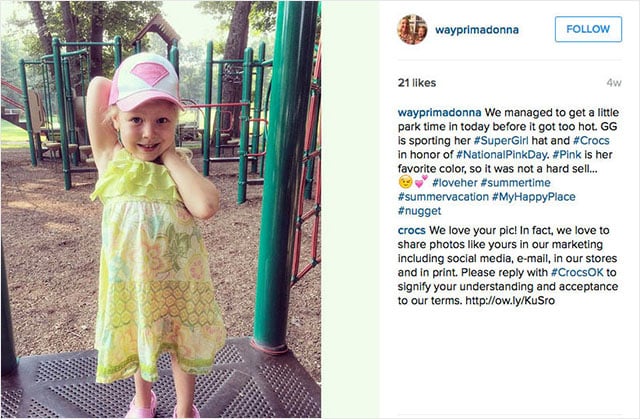 The Times article quotes a spokeswoman for Olapic, a visual marketing company, as saying, “brands do not always need to ask for permission to use a photo on their websites because users can give implied consent by tagging a company in their posts.”

Provocateur brand Calvin Klein built an entire campaign around the hashtag #mycalvins, which attracts aspiring models and the vain alike “for a chance to be featured in the #mycalvins gallery.” 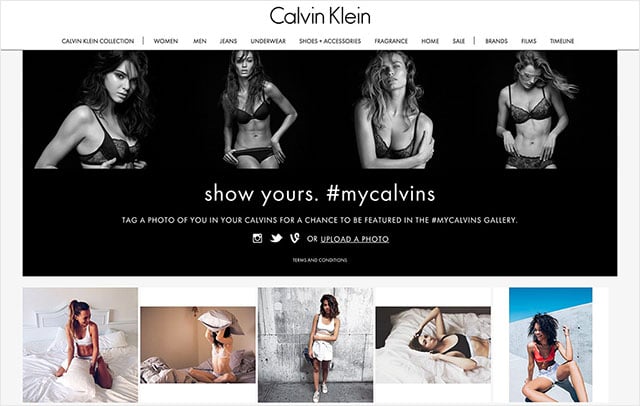 Nike Women has #betterforit, Nest has #caughtondropcam. Even the Gray Lady, the New York Times, uses hashtags to collect reader content during breaking events like Hurricane Sandy to the more mundane like the Times’ “The Learning Network” soliciting photos with hashtag #NYTLNreads. 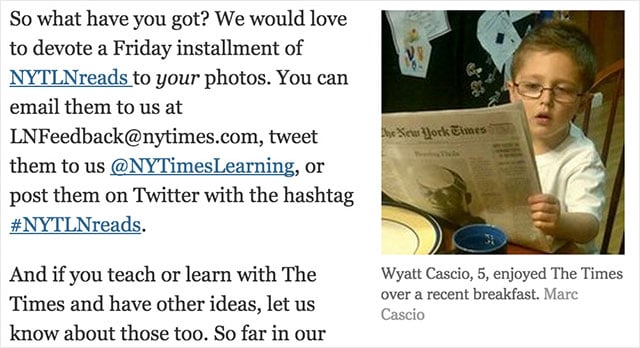 In AFP v Morel, a jury in the US District Court for the Southern District of New York ruled against AFP and Getty when they wrongfully downloaded, misidentified, and licensed Daniel Morel’s images from the Haitian Earthquake. The ruling affirmed that Morel didn’t cede his copyright by posting the images to Twitter, and that AFP and Getty willfully infringed against him.

But Morel didn’t draw attention to his images with #gettyimages or #afp. There was no “implied consent,” and thus the jury effectively determined the infringement was image theft.

Amateurs with small followings are generally thrilled for the exposure (and increase in followers) that reposting can bring. Established social media icons and photographers who use social media professionally are more likely to consider legal action. In other words, savvy brands don’t steal from professionals. 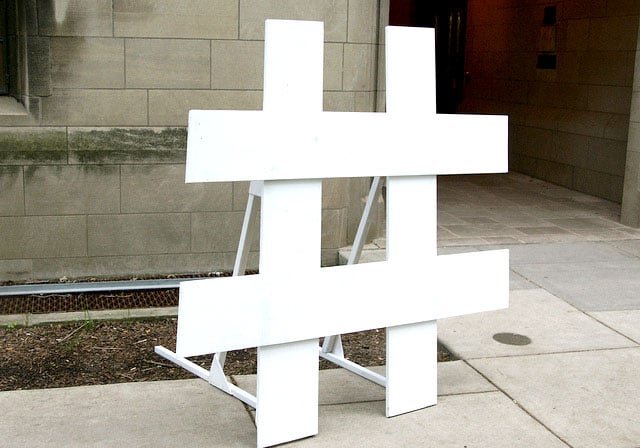 Hashtags evolved on Twitter as a way to group tweets. They soon became the de facto method of keywording content, and users have used them literally (e.g. #cute, #cats) and ironically (e.g. #ihateitwhenthathappens). For young millenials and Generation Z, hashtags are a natural (and sometimes subconsciously applied) form of language. Whatever the case, hashtags (and geotags) are effective discovery mechanisms. They are incredible for brands looking for authenticity and visual proof from their consumers.

But does a hashtag imply consent?

Legally speaking, a lack of case law means the jury’s out. But for brands striving to connect with their constituency, it’s clear that more explicit permission is needed for brand-based tags (e.g. #calvinklein), or more complicated tags (e.g. #caughtondropcam) need to be used so that the claim of implied consent is more defensible.

Editor’s note: We wrote about this subject back in May when it came to light that Samsung UK was casually requesting unlimited usage of photos with a single #yes reply for consent.