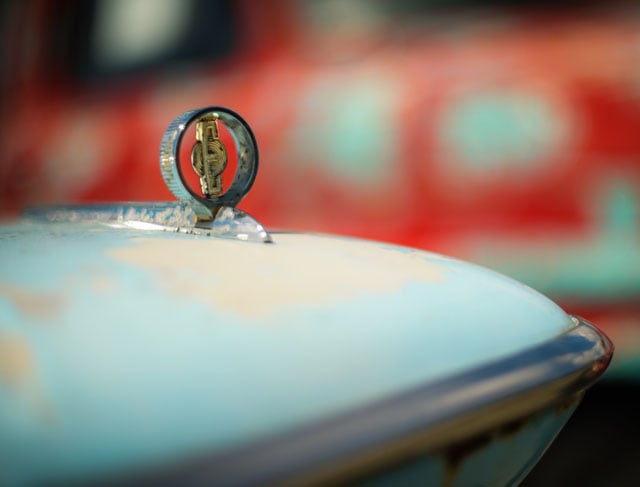 Three weeks ago, I purchased off of eBay a “junk” Minolta MC Rokkor-PG 58mm f/1.2 lens. I had read so many good things about this particular lens in Minolta’s history that I really wanted to get one for my ever-growing collection. A fully-functioning, good condition one will run anywhere between $450-$700. The listing for the one that I bid on stated, “For parts.”

Reading the description a little further revealed that the glass had a lot of fungus, the aperture assembly was tanked and the focusing helicoid was seized. Call me a fool, but I bid and won it for $142 on the chance that I might be able to repair it. I’ve spent the past three weeks working on it. By the end of the first day working on it, I had the optics torn apart and cleaned to near perfection and the aperture restored to like-new order. The real trouble was the focusing helicoid. Bear with me now as I go into a little bit of detail on this. I promise I’ll get back on track in a minute. 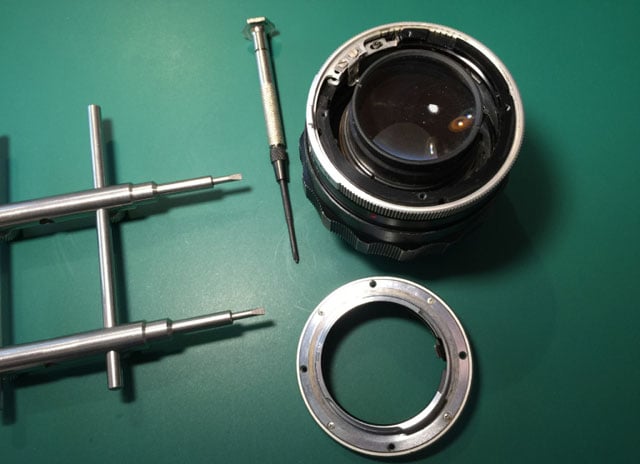 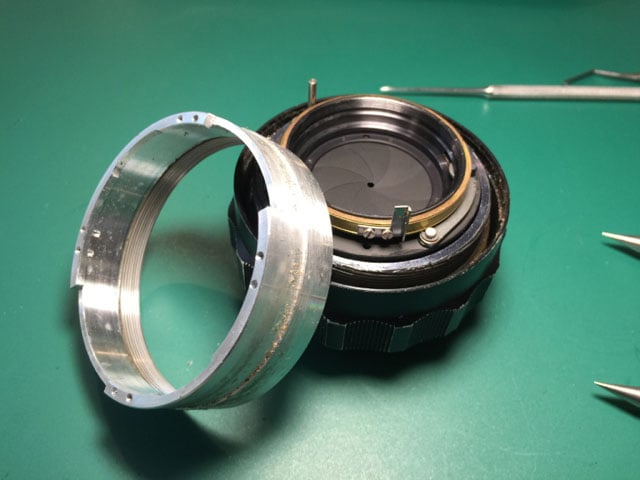 Comprising a male and female barrel, each part of the focusing helicoid has a complex arrangement of threads that, unlike a simple screw, are actually multiple sets of threads that run one on top of the other. Think of it as one pipe threaded on the inside with another pipe threaded on the outside with the one screwing into the other. When you turn the focusing ring on a lens, this engages the inner barrel to run forward or backward through the outer barrel at a higher ratio than a typical screw – thus the half-turn yields more movement.

When I bid on this lens, I expected it was just an issue of dried out lubrication and gunk. Not so! This would hardly budge and it felt mechanically seized. After managing to separate the two barrels, I discovered some lightly knackered threads along with some odd wear marks. First, I tried some toothpaste as a light grinding/polishing compound. No success. Then I tried a narrow soft brass wire wheel. No joy. Then I tried getting more aggressive and wet sanding them and polishing them. Nada.

Then I put each half on a drill and used a more aggressive sanding to lower the thread depth. It got a little better after that but still unusable. By that point I was two weeks into it and felt like giving up. I called a few repair shops asking them what they would do and all of them said that I had already done what they would do.

Then the other night, as I was dozing off to sleep, I had a thought. It occurred to me that as round as everything appeared, perhaps my eye wasn’t telling the whole story. The next day, I went to town and bought a cheap machinist’s caliper. Lo and behold, that little tool told the whole story! Both helicoid parts were out of round by fractions of a millimeter as was the lens barrel in which the helicoid is held in place. Seems this lens has in its history an incident of an elephant sitting on it.

Using the caliper and a pencil, I measured and marked the apex of the widest part of each barrel. I then went after them with a c-clamp, pressing and remeasuring. This took most of the day to get it right but I am happy to say that the lens is now fully assembled and the focus is like butter! 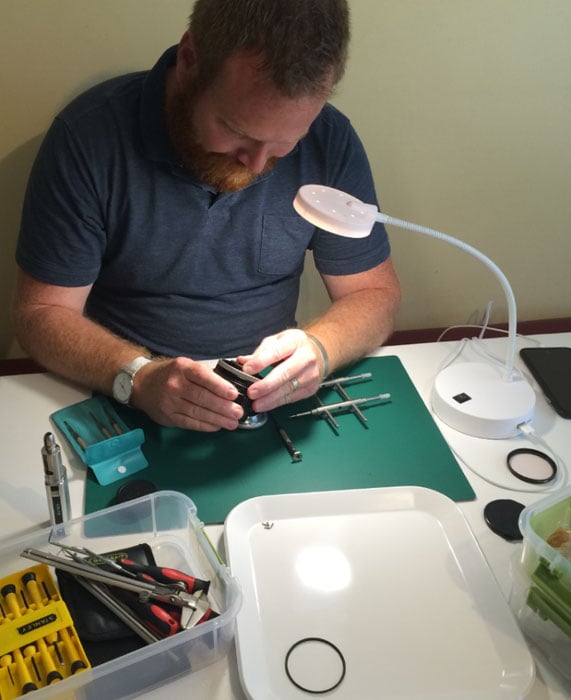 From junk to gem. I was excited to put my product of blood, sweat and tears to use. About an hour from the house is a junk yard full of old trucks and cars. I’ve wanted to shoot it for some time now but haven’t had the motivation. This morning, I thought it appropriate to go shoot this old junk with my old junk. Let’s see if all the labor was worth it.

When I arrived at the junk yard, everything was closed up. I called the owner and asked if I could go inside the fenced area to shoot photos but he had to decline due to insurance reasons. Not one to give up quickly, I asked if it would be ok if I walked around the outside of the fenced perimeter. That was ok. Fortunately, most of the cars were parked within a few feet of the fence. I spent the next hour shooting these photos. 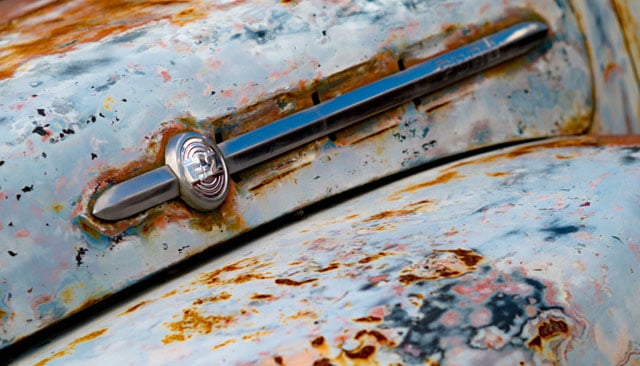 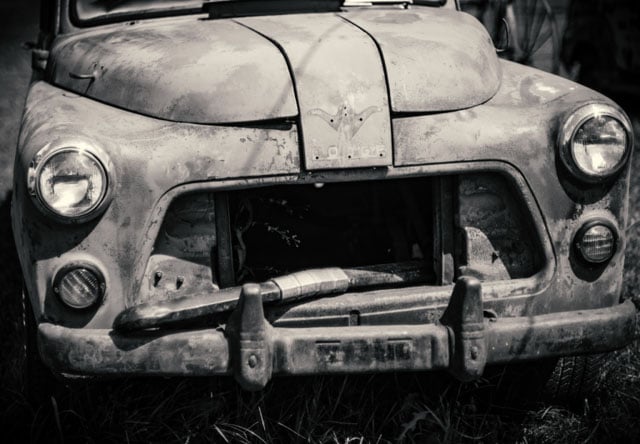 I have to say, I’m extremely pleased with the results from the junk Minolta lens after all we’ve been through. That old “parts lens” now has a second lease on life. I love how well the lens pulls the subject out of the background, swaddling it in softness. Not many lenses I own can pull that off and certainly not as well as this. I see now, the reviews I read were not telling stories. It is definitely a keeper!

About the author: Tom Leonard is a photographer who travels the world 30 days at a time. He shares photographs from his journeys over on his website Out for 30. This article was also published here.