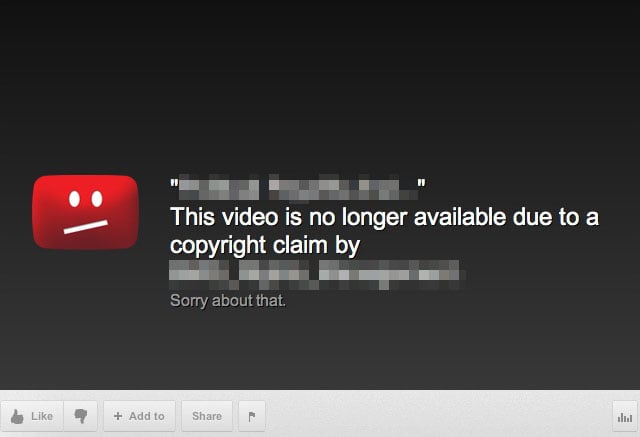 If you find that someone is using your photo online without your permission, one thing you can do is send a DMCA take down request to force the hosting company to remove the image. But be careful, though: you need to make sure the usage doesn’t fall under fair use. Otherwise, you could be liable for sending a bad-faith take-down notice.

Ars Technica reports that this issue was at the center of a new ruling by the US Court of Appeals for the 9th Circuit yesterday.

The three-judge panel was ruling on a case between Universal Music Group and a woman named Stephanie Lenz, who posted a video on YouTube back in 2007 showing her toddler dancing to a Prince song:

After discovering the video, Universal sent a DMCA take down notice to YouTube and had the video removed.

When news of this got out, the Electronic Frontier Foundation came to Lenz’s aid, offering her pro bono legal counsel and suing Universal on her behalf. The foundation argued that the takedown, which was sent by a employee that was scouring YouTube for videos containing Prince’s music, violated the Digital Millennium Copyright Act (DMCA).

In its opinion published yesterday morning, the judges affirmed that copyright holders “must consider the existence of fair use before sending a takedown notification.” Here’s a copy of the document:

The EFF was trying to nail Universal under DMCA section 512(f), which would have immediately punished the company for sending a bad-faith takedown notice, but Universal will now face a jury trail over the question of whether it “knowingly misrepresented” its “good faith belief the video was not authorized by law.” If the record company can’t provide that it sufficiently considered fair use, it may be held liable for “nominal” damages in having Lenz video taken down (which won’t amount to much, since the video was reuploaded soon after).

“A copyright holder who pays lip service to the consideration of fair use by claiming it formed a good faith belief when there is evidence to the contrary is still subject to 512(f) liability,” writes US Circuit Judge Richard Tallman.

While the ruling states that copyright holders must carefully consider the possibility of fair use, the judges still believe that automated, computer-driven copyright policing systems could still meet the requirements and be a legitimate way for copyright holders to monitor the vast amounts of content being published to the Web.

“We respectfully disagree with the court’s conclusion about the DMCA and the burden the court places upon copyright holders before sending takedown notices,” writes a spokesperson for the RIAA on Universal’s behalf. “But we are pleased that the Ninth Circuit made it clear that a court may not second guess a copyright owner’s good faith belief that the fair use does not excuse infringing conduct.”

Selfie Sticks Banned by Secret Service Ahead of Pope’s Visit to D.C.