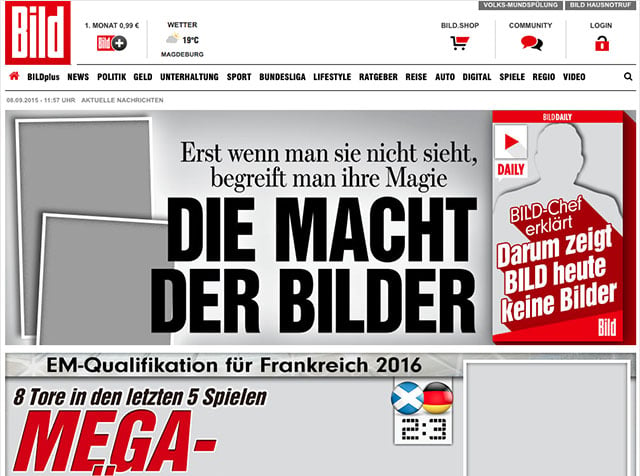 Europe’s largest newspaper, the Bild of Germany, has published an unusual print edition that left out all photographs from its pages. The bold move is apparently a response to reader backlash after the paper published photos of Alan Kurdi, the 3-year-old Syrian refugee who drowned in the Mediterranean Sea.

The paper is saying that “the world must see the truth,” and hoping that by leaving out photos, people will realize the importance of photography in bringing about change. 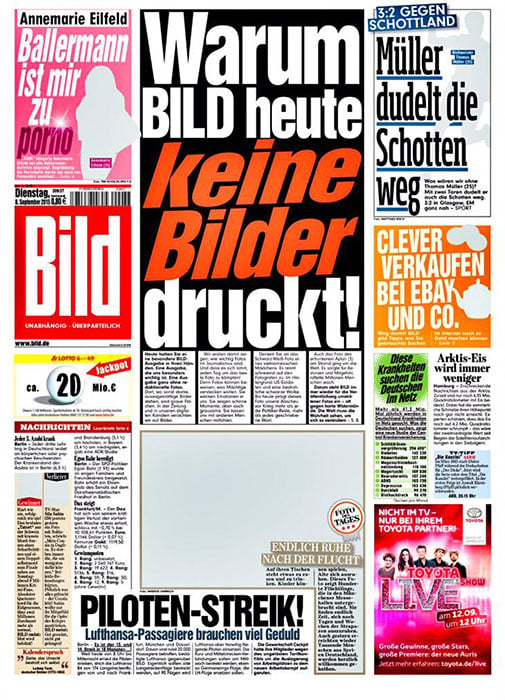 Last week, the newspaper dedicated its entire back page to the photo of Kurdi and a message calling for Europe to take action.

Germany's biggest paper – Bild front and back page via @tanit: We Mourn pic.twitter.com/1zJQM8HuAc

The photo sparked controversy, as many other newspapers chose a different photo of a policeman holding the boy’s body rather than the photo of Kurdi lying face-down on a sandy beach.

Bild defended its decision, arguing that the photo “caused dismay and compassion” and “rattled a million people awake.” The paper also compared the image to photojournalist Nick Ut’s iconic photo of “Napalm Girl” during the Vietnam War.

To demonstrate the importance of photography in journalism, Bild decided today to publish a picture-less issue — a shocking move, considering the fact that “Bild” is German for “Picture.” The name of the paper literally means “picture newspaper,” and the paper mostly consisted of pictures after its launch back in 1952.

Would any other newspaper in the world have the balls for this? Today: @BILD has no photos. Anywhere. pic.twitter.com/EbwNi4m6im 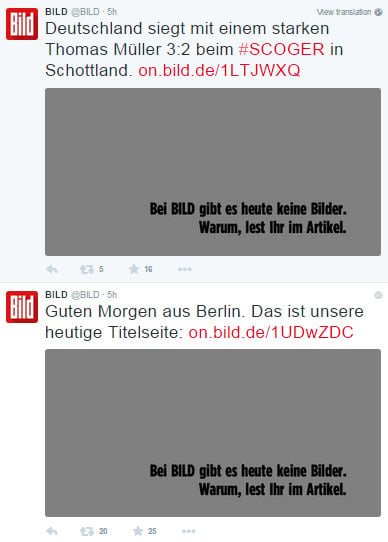 “We want to show how important photos are in journalism,” the paper writes, “and that it is worth fighting every day to use the best photos.”

The CAMSLINGER Streetomatic is a Hip Camera Bag With Quick Access