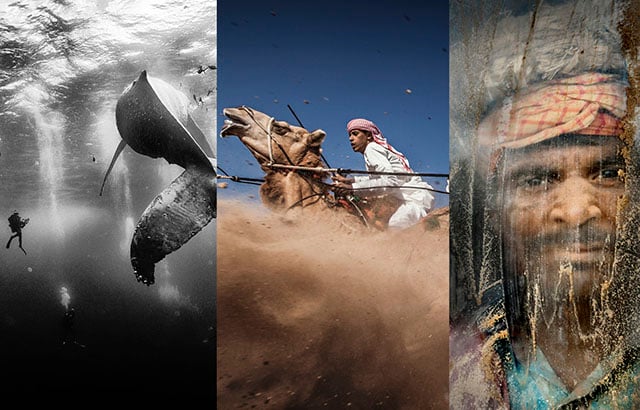 After receiving nearly 18,000 photo submissions, National Geographic Traveler magazine has selected the winning shots for this year’s Traveler Photo Contest. It’s a series of images of our world that dazzles your eyes and stirs your imagination.

The grand prize winner is Anuar Patjane Floriuk of Tehuacán, Puebla, Mexico, who captured a magical underwater photograph of divers swimming near a humpback whale.

“The photo wasn’t planned,” says Floriuk. “I was taking photos near the head of the whale, and all of a sudden she began to swim toward the rest of the diving team. The divers gave the whale and her calf space, and I just clicked at the moment when the flow and composition seemed right.”

Seven other photographs were selected as merit winners:

“A Night at Deadvlei”

Sauna in the Sky

Interview: Michael Kamber on Photojournalism Ethics and the Altering of Images