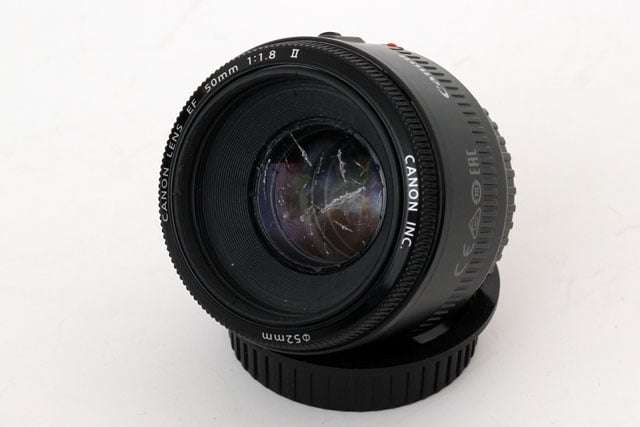 I’m sure we’ve all heard the horror stories. “ONOZ! My lens got a scratch, it’s ruined!!” someone screams, then goes to quietly cry in a corner. “Welp, shoulda used a UV filter, if those get scratched you can just replace them, now you have to sell that lens for half what it’s worth on eBay.”

People think this isn’t a bad thing though. This means that great lenses, those with maybe a scuff here and there, can be had inexpensively if you’re lucky enough to find one. I recently sold a Nikon 24-70/2.8G with two small scuffs, see below, that ended up being a great deal for its new owner. The scuffs were small, and had no impact on image quality that I ever noticed. 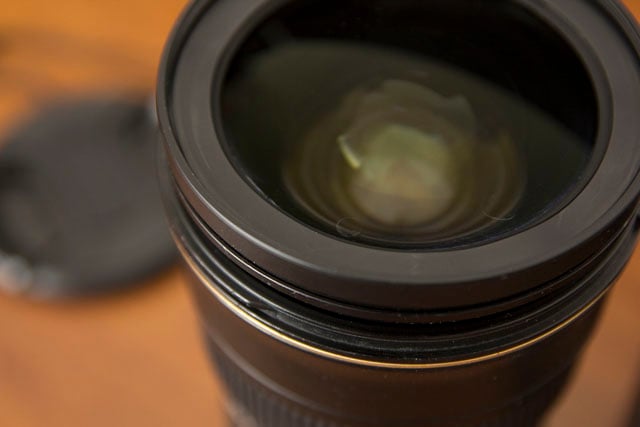 Now, in the header photo above, the Canon 50mm f/1.8 is a little bit more scratched than this one was. Surely that much marring would have an impact. In fact, my main goal was to scratch it far past the point where an observer would think “yup, that’s going to be terrible,” which was actually really difficult to do.

Damage to the the front element of a lens should manifest in two different areas, sharpness and contrast. You would think that damage would lead to the lens being less sharp since there’s junk in the way. With the scratches changing the direction of the light coming in, it should be less contrasty since the light isn’t coming in as it was intended to. Let’s see how this lens performs in these departments.

The 50/1.8 is known to be quite a sharp little lens, especially when shot past f/2.8 or so. The photo below, shot at f/4 is still quite sharp. Shooting that wide, and that close, you still need to nail focus. The in-focus areas are quite nice, and definitely sharper than I expected. In fact, compared to the 5D with an 85/1.8 I shot side by side, there’s not really any discernible difference in sharpness.

All in all, I was surprised just how little that much damage had on sharpness. It was a great conversation piece as well. I told Halie, and the make-up artist, Lindsey, what I was doing, and both agreed, “yeah, there’s no way that much damage won’t affect things.” But when they saw the LCD screen after a few test shots, they were as surprised as I was, and the shoot went on as planned, everyone confident in what we would get.

I was pretty sure that contrast would take a hit, and it did, but quite a bit less than I had anticipated. It makes sense that the grooves of these scratches (some rather deep) would scatter incoming light quite a bit, causing the resulting images to lose out on being able to discern highlights from shadows. Shadows would get more light than they should, highlights get less, and the overall result would be just a bit muddier.

Contrast is lower, but not terribly so. In this first example, I’ve got a Canon T5 with the scratched lens on the left, 5D with 85/1.8 on the right for similar framing. Lit with a Neewer TT850 in an 86″ shoot through umbrella to my left at about 8′ – images are unretouched aside from white balance. 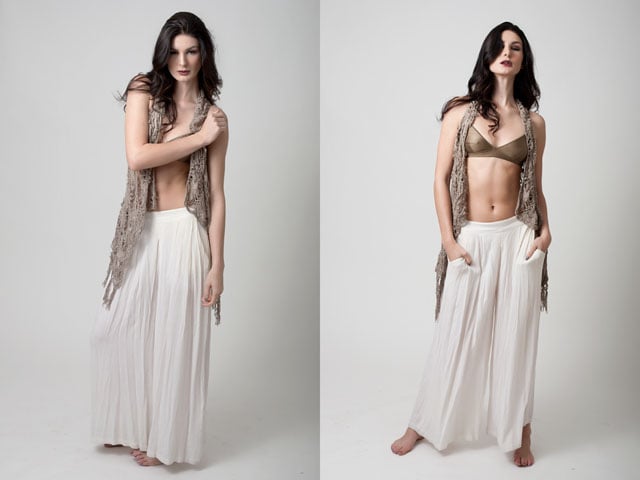 You can see in the background, there’s less of a transition from left to right. There’s less depth to Halie’s hair, the pants are less defined, and the image is overall less “punchy” than its 5D counterpart. However, in post, with very minor tweaks, the T5 on the left can be brought up to the same levels as the one on the right. This is so slight to be no big deal.

A second example is one where contrast was the look I was going for. Using a parabolic umbrella typically results in a nice poppy image with nice contrast due to the focusing nature of the umbrella. Highlights transition nicely to shadows and your subject stands out nicely. Again, we’ve got the T5 with broken 50/1.8 on the left, 5D with 85mm on the right. 86″ parabolic umbrella to my right about 8′ from Halie. The images are unretouched aside from white balance. 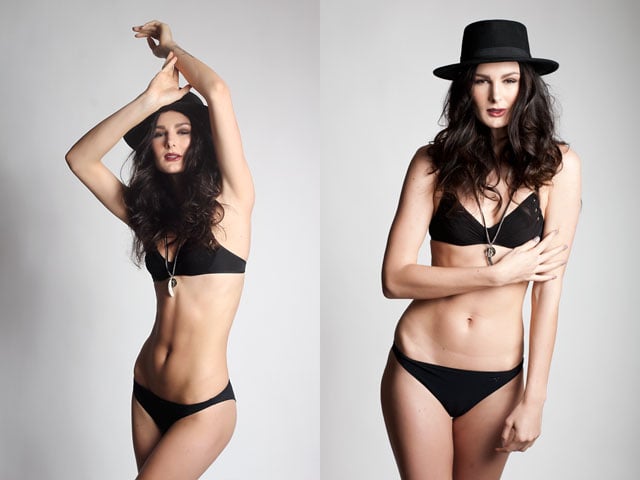 The loss of contrast here is a lot more pronounced and noticeable. With that loss of contrast, we’re also experiencing loss of detail. I can bring up the detail for the shot on the left, though that will further lose detail. As the darker areas just get darker, her hair and hat will just fade to black. The image on the right, I’d honestly tone down the contrast, but that would not end up losing detail, we would actually gain some in the darker areas, and more flexibility and options is never a bad thing.

A third element that would be affected is flaring, which I was unable to test at this time other than anecdotal hands on, taking random shots around the yard. Yes it flared more, with some odd shapes here and there, but it didn’t flare any easier than an unscuffed lens, just that when it did, the flaring was a little harsher. Ideally, you would eliminate flaring with positioning and hoods, so fairly moot.

I took this further than necessary to really try and showcase what kind of an impact damage to a front element has on overall image quality. Long story short, not much at all. A small scratch or two will have no noticeable impact at all, and long time shooters will agree, a scuff here and there is no real big deal. Many even use sharpies over scratches, which helps eliminate the contrast issue (since light’s not bouncing around). As the scuffs get worse and worse, yes the differences will grow, but I like the bikini and hat shot on the left — it’s not always the aesthetic details of the lens, or sensor that makes an image.

There are many more elements to what makes a lens good than sharpness and contrast. I want a 135L for the compression, shallow DOF, and to a lesser degree, contrast and sharpness. If a scuff here and there make little difference, I’m keeping my eyes out for a cheap one with a scratch or two.

About the author: Jay Leavitt is a hobbyist photographer who tries to push himself as far as he can go. With many budget constraints around him at times, he does what he can to not let them hold him back at all. Leavitt blogs at Shooting on a Budget. This article was also published here.