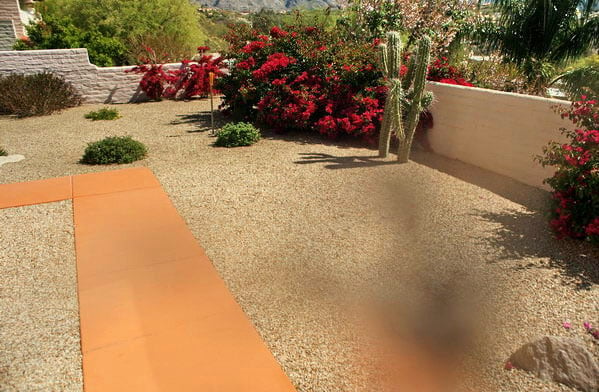 This photograph was taken by a lens with some “obstruction” on the front element. Aside from the blurry patch of nastiness in the bottom portion of the frame, the rest of the image looks pretty decent. What do you think the “obstruction” is? A little dirt? A smudge where the photographer accidentally touched the front element? A scratch? The answer is a little closer to a scratch than a smudge…

Here’s the lens that shot the photograph: 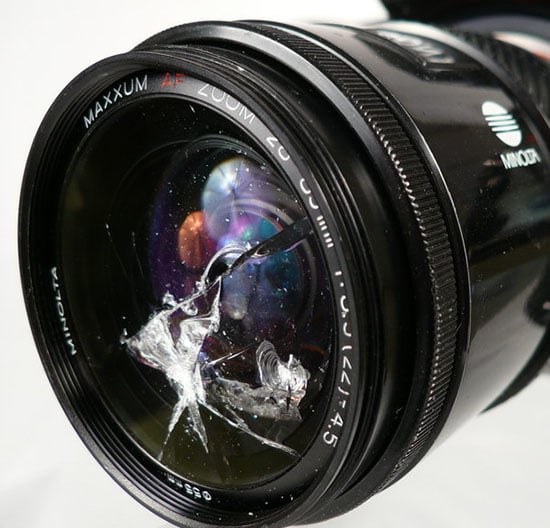 Kurt Munger purchased a used lens off eBay, was ripped off, then decided to put it to use by doing some tests that no sane photo-enthusiast would do with their nice lenses. He dirtied and damaged the lens to varying degrees, then shot with it to see how image quality was affected.

Based on my un-scientific testing, I’d say there isn’t any noticeable reduction in image quality as a result of normal dirt, smudges and small scratches on the front element. My dirt, smudges and scratches presented here are clearly more numerous and larger than what I’d consider “normal,” but as I’ve shown, they have little effect on image quality.

Another interesting result of his tests is that completely removing the damaged front element actually turned the lens into a macro lens!

Here’s what you might want to take away from Munger’s sacrifice: don’t be too paranoid about getting dust or smudges on your lens or UV filter — they probably won’t affect your image quality much (if at all). Cleaning your lens too often or improperly is probably worse for your photos than the dust or smudges you’re trying to clean off!

Image credits: Photographs by Kurt Munger and used with permission

Passing Photos Around a Table Digitally