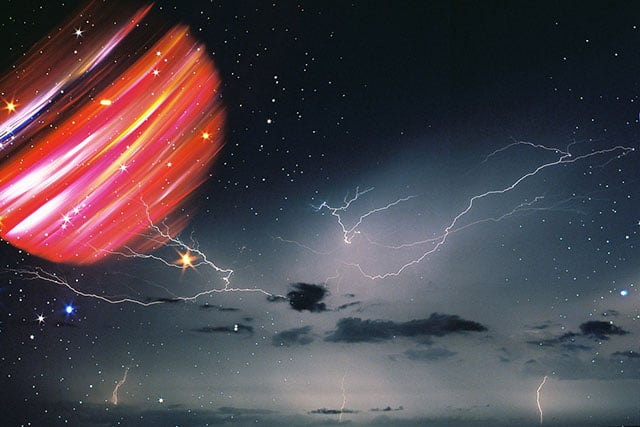 Believe it or not, the image above isn’t a digital composite created in Photoshop — it’s a light painting photo captured using a film camera. Photographer Jason D. Page spent four years planning for this shot before finally capturing it in just the right conditions recently.

“My idea was to shoot lightning storms and then light paint stars and planets into the image creating a lightning filled universe all on one single frame of film,” Page tells PetaPixel.

The main difficulty in the project was finding the right type of lighting for the shot: cloud-to-cloud lightning that turned out to be more rare than Page anticipated.

To snag the shot above, Page went out into a stormy night with a Canon AE-1 loaded with Ektar 100 35mm film. He shot about 15 rolls of film in total to try and catch lightning in his frames.

When lightning did flash, Page immediately jumped into the scene and filled in the rest of the shot with a planet and stars using various light painting tools (including his own line). The photo above was Page’s “keeper.” Here are two other “failed attempts”: 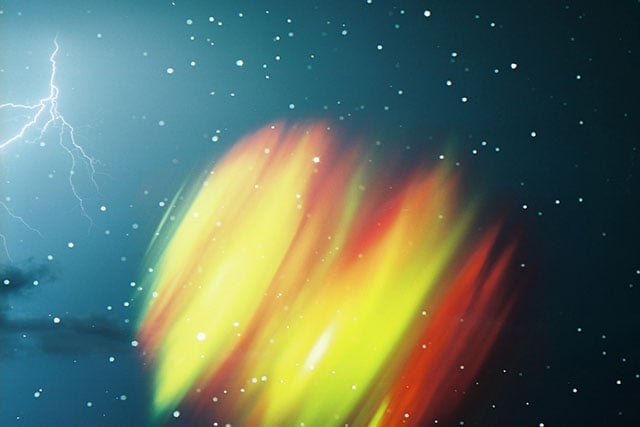 “I never imagined how difficult it would be, but I am happy to say that I finally created one image that I am really happy with,” Page says.