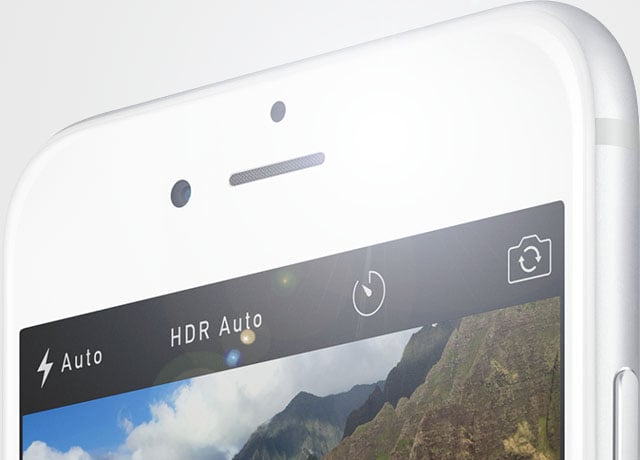 It appears Apple is planning to greatly improve the quality of iPhone selfies. Code found in iOS 9 suggests that the next iPhone may offer a much more powerful front-facing camera — one that features 1080p video, 240fps slow-mo, and a flash/light.

Software developer Hamza Sood spotted the lines, highlighted them, and shared a screenshot on Twitter: 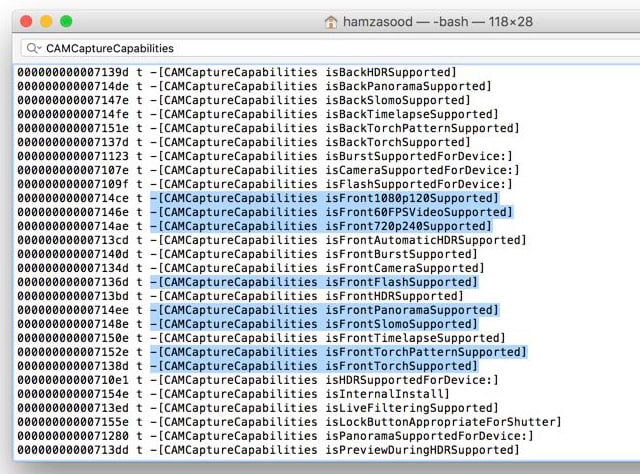 By comparison, the current iPhone 6 and 6 Plus front-facing camera does 720p video and doesn’t have a flash, making nighttime shots with the camera a challenge.

Photography continues to be one of the major battlegrounds upon which the smartphone wars are being fought. Apple is reportedly planning to upgrade its rear iPhone camera from 8MP to 12MP this year, and back in April it acquired a startup called LinX that was working on multi-camera modules for achieving “DSLR performance” in mobile phones.

(via Hamza Sood via 9to5Mac)