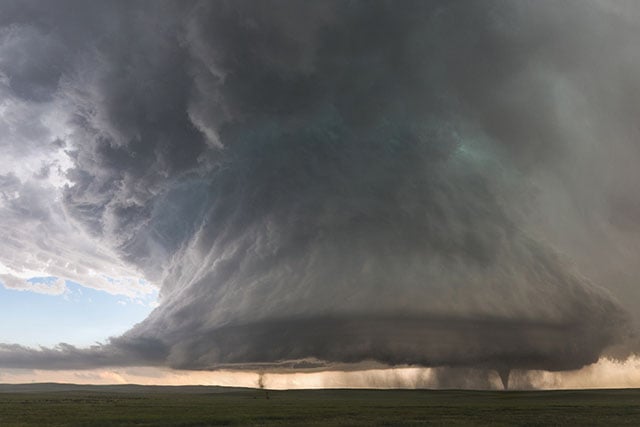 A powerful storm rumbled by Simla, Colorado, last week, and at the scene was professional storm-chasing photographer Kelly DeLay, who captured this “shot of a lifetime” showing a massive supercell storm cloud extending twin tornados to the ground below.

It’s a “shot of a lifetime for me,” writes DeLay. “I have been trying to get a shot like this for 6 years.”

Here’s a crop of the photograph showing the two tornados in more detail: 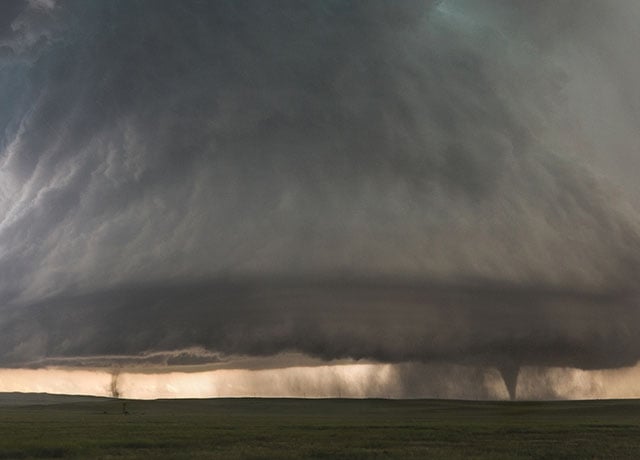 “When I chase storms, I like to stay back for the most part so I can see structure,” says DeLay. “I am interested in the whole picture not just if it produces a tornado.”

The storm reportedly produced as many as four tornados when it passed through the area on June 4.

Update: This relatively rare weather phenomenon was also captured back in July 2014 by stormchasers monitoring a storm in Nebraska:

Image credits: Photograph by Kelly DeLay and used with permission

Have a Black Nikon S2 Rangefinder? It May Be Worth a Pretty Penny