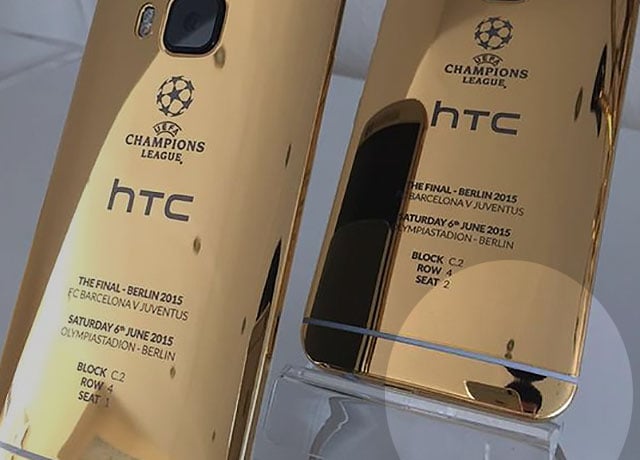 HTC today unveiled a new limited edition 24-karat gold version of the HTC One M9 smartphone. Unfortunately for HTC, there was just one small (and rather embarrassing) problem: one of the promo photos was taken with an iPhone.

Here’s the original Tweet that was posted earlier today to announce the new phone, which was launched to celebrate the end of the UEFA Champions League season over in Europe: 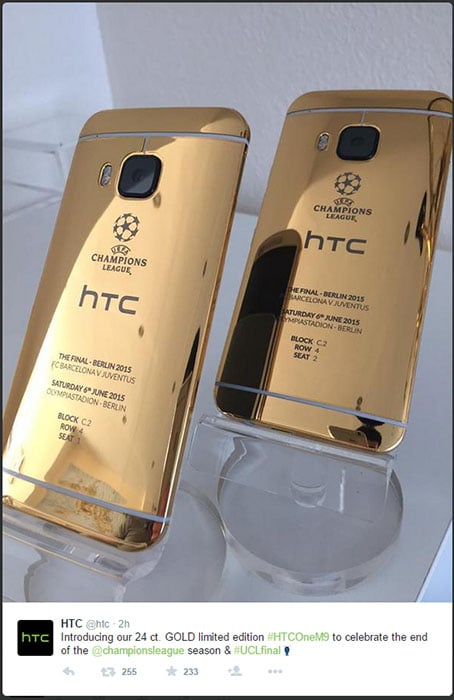 While the photo does capture the sleek and shiny look of the new 24K phone, it also captured a reflection of the camera that was used to shoot it — clearly an iPhone: 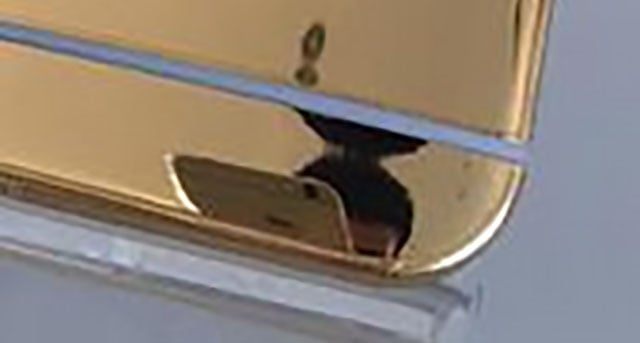 After news of the goof spread, HTC quickly took the Tweet down and replaced it with a new one that left the iPhone shot out:

HTC has done quite a bit as of late to make the One M9 a serious competitor in the photo world after initial reviews of the camera quality were disappointing. A software update improved camera quality back in April, and just last month HTC updated the camera to shoot RAW photos.

That’s why it’s amusing to see that the person who shot this promo photo for the HTC One M9 wasn’t even using that phone himself. Perhaps Apple should add this shot to their “Taken with the iPhone 6” advertising campaign.

This Website Can Identify the Bird Species in a Photo

Introducing the Panoselfie: Shooting Self Portraits in Panorama Mode