Here’s a behind-the-scenes video of an unusual photo shoot photographer Pete Leong did last year that featured a real military bomb disposal expert and C4 explosive detonations in the background.


Leong writes that he had been thinking of doing a personal project featuring members of the military, and the opportunity arose after he photographed the family of a man named Matt in Okinawa.

The shoot was “not something your average civilian gets to experience,” Leong says. 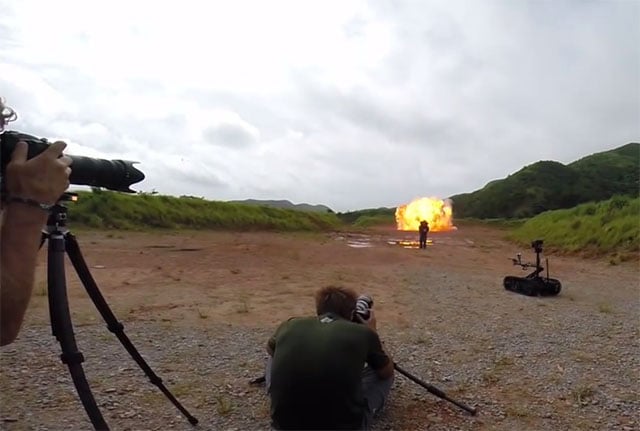 “For the actual shots with live explosives I had to wear ear protection of course. The sound and feeling on the body from the blasts was quite incredible,” Leong writes. “The explosions you see at the end of the video were C4. For those we were further back behind a mound in a bunker for protection.”

“I set up my Gopro to catch the explosions while I pulled the trigger to detonate it. Even down there we could feel the force.”

You can find some of the resulting photos in the video above and over on Leong’s website. He’s now planning more projects to add to this new series on military members and the things they do.