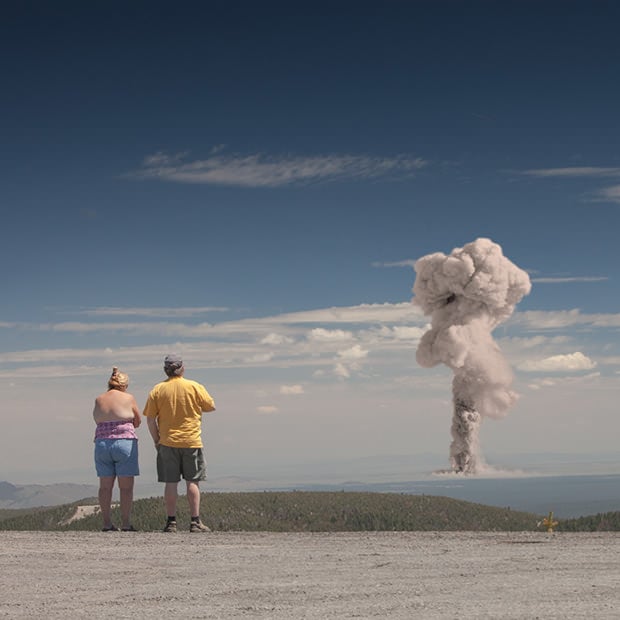 Imagine if the advent of the atomic era occurred during today’s information age. Tourists would gather to view bomb tests, at the “safe” distances used in the 1950’s, and share the resulting cell phone photos online.

Lipsky created the images by combining photos taken during his travels over the last 8 years with photographs of nuclear bomb blasts. 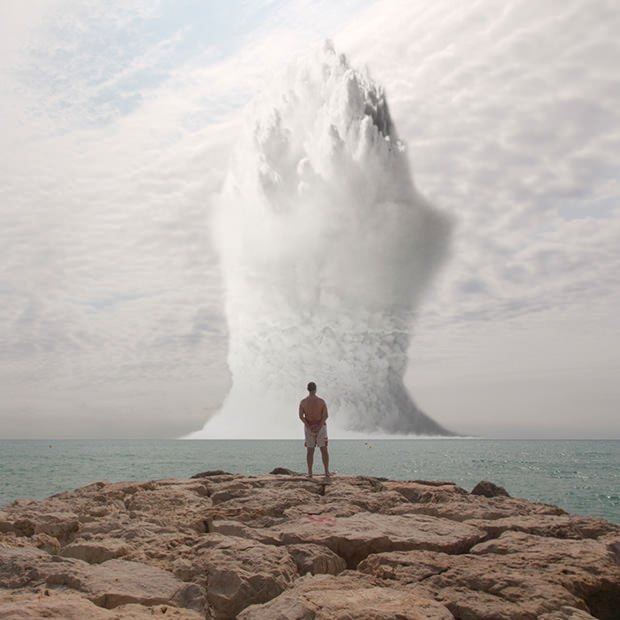 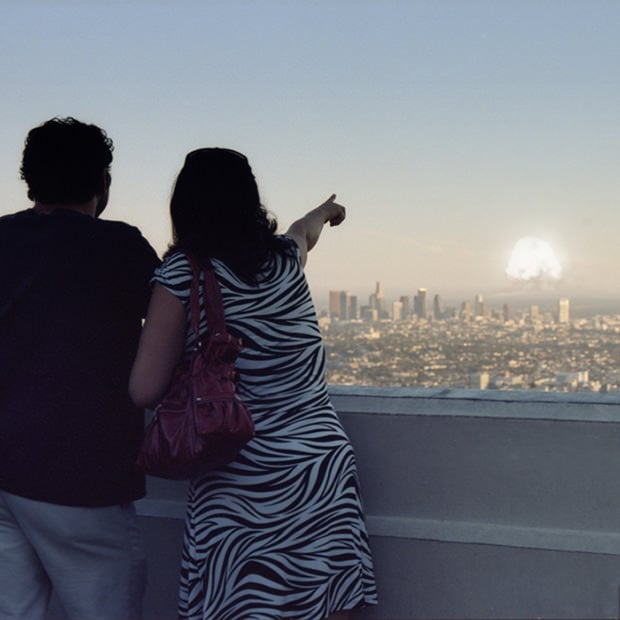 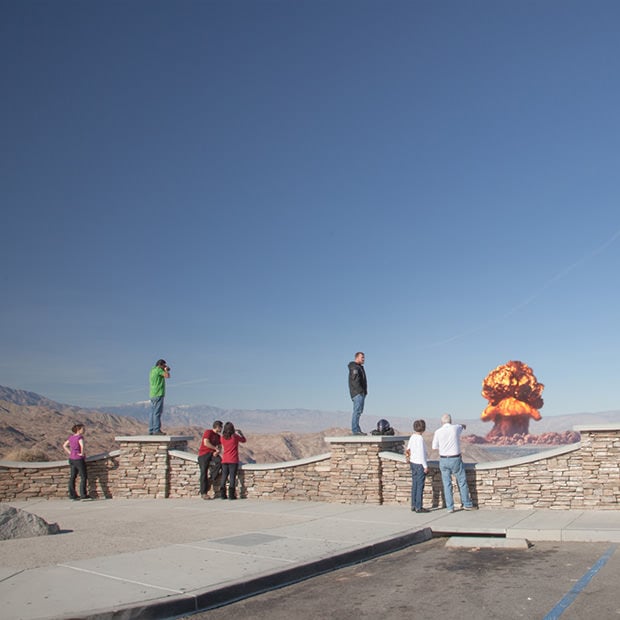 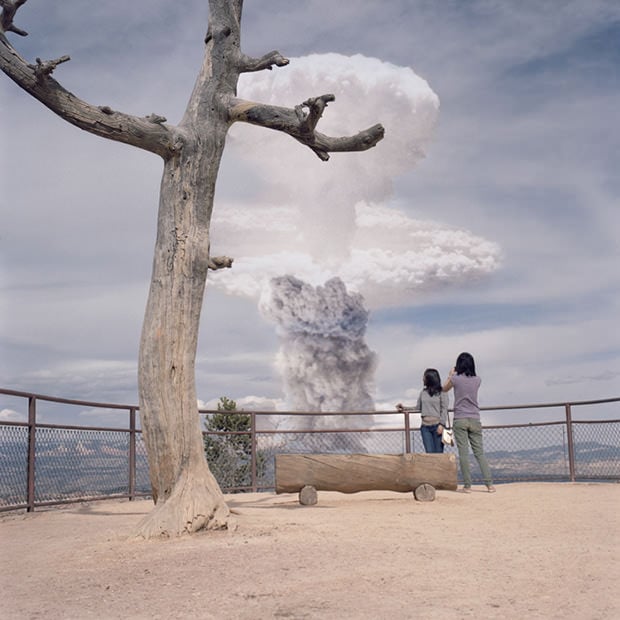 Image credit: Photographs by Clay Lipsky and used with permission