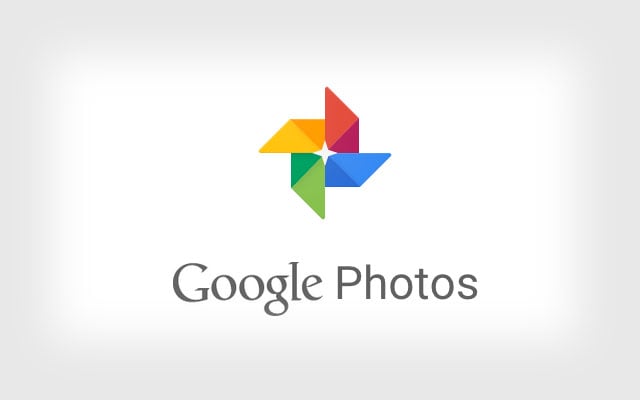 Last week when Google Photos launched, I quickly tested it out and then wrote a post with my immediate initial reaction to the service. Much of my early disappointment centered around the fact that Google chose to limit the size of photos in the service to 16 megapixels. As a DSLR shooter this meant that a large portion of my library would be downsized with Google Photos. Bummer.


Flickr by contrast offers every user 1TB of free storage for your photos (which is more than what 99.999% of photographers need at present) at full original high resolution.

So in my mind this made Flickr’s free offering a vastly superior offering over Google Photo’s free offering. Flickr’s had that offer out for a while now which is why I hoped that Google would respond by offering us a similar 1TB (or more) of full high res original storage. Google Photos will let you have a terabyte of storage for your high res photos as well, it will just cost you $120 per year vs. Flickr’s free deal.

David Pogue (who works for Yahoo, which owns Flickr) wrote up a thoughtful review today comparing Google Photos and Flickr, and he made the same observation pointing to the negative of Google downsizing your original photos in Google Photos.

Despite my disappointment about Google’s decision to downsize our photos with the free version of their product, after having spent a week seriously digging into Google Photos, I’m much more optimistic about the service than I was a week ago. There’s a lot to love here. 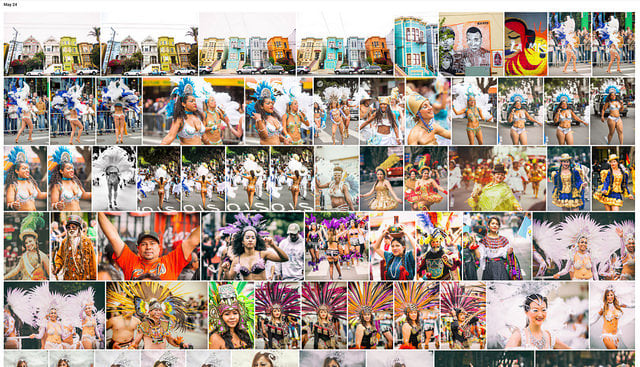 #1. Google Photos Will Back Up Your RAW Files

At present I have two Drobo 5D units with 15TB worth of storage in each of them. In addition, I’ve got an 8TB Western Digital My Book Thunderbolt Duo.

I don’t actually have 38TB of storage because both the Drobo and the Western Digital (each in their own way) replicate my data. This protects me against hard drive failure. While it doesn’t necessarily protect me against fire or theft, this is a pretty good first line of defense. Most of the storage that I’m using right now is dedicated to the hundreds of thousands (million?) of RAW frames that I’ve fired off over the last 10 years. These are my RAW, unedited, original negative files.

Flickr does not support RAW yet — although Flickr’s former Chief Bernardo Hernandez mentioned in a tweet after he left that RAW was “coming at some point” at Flickr.

Even though I am losing a lot of data when Google Photos converts my RAW files to JPG photos and also downsizes them, something (for free) is better than nothing.

While it is still my responsibility to come up with a better suitable offsite backup solution for my terabytes of RAW photos, until I do I’d rather have a converted, compressed 16 megapixel version of my photo backed up online than nothing.

I’ve been planning for a year or so now to duplicate all of my original RAW files and then store them on drives in a safety deposit box in a bank vault, but until I get around to doing that it’s nice to know that I’ll have at least an inferior version of my original RAW backed up online. 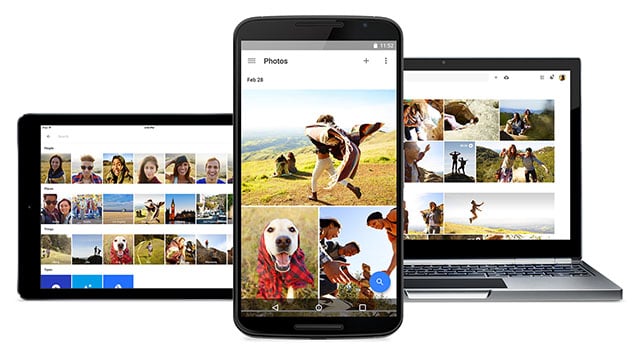 Flickr currently gives everyone a free terabyte of storage for your high res originals. In his review, Pogue said that Flickr told him that less than 50 users out of 100 million are actually using over 1 terabyte.

One terabyte certainly seems more than enough for Flickr’s present offering for most people. I am one of those few prolific photographers who will exceed the 1 terabyte limit though. At present I’ve uploaded about 950 gigabytes to Flickr (which is about 105,769 high res photos) and I should cross the one terabyte limit sometime within the next year.

Fortunately for me, I was one of the original early Flickr users who signed up for their old paid “Pro” service ($24.99 per year). This service has since been discontinued, but old “Pro” accounts have been grandfathered their original unlimited high res storage deal and so I won’t need to worry about exceeding one terabyte when I hit it later this year.

Although I’m an extreme edge case, if we assume that in the future camera makers will continue pushing technology with more and more megapixels (i.e. larger and larger files) and at the same time people begin taking more and more photos, I can see where a lot more people than 50 will end up exceeding their free terabyte at Flickr over the course of their lives.

While Yahoo could always extend the offer to two terabytes or raise their limits as people’s storage use increases over their lives, there is no guarantee that they will. It would be a bummer if you spent 10 years uploading all of your photos to Flickr and then ran out of space, which sounds unlikely, but might actually be more likely than we realize, especially given that some of us may actually live to be 150 or more in the future!

Google Photos by contrast is offering unlimited storage if you downsize your photos.

Google’s facial recognition software is pretty slick. It’s very clever how the software can actually track a face as it ages and include a baby photo in the same batch of photos of someone when they are older. It seems to work best where you have a lot of photos for them to analyze and I found photos of my family members were much more accurately grouped than photos of strangers in crowds or people who I only have one or two photos of. 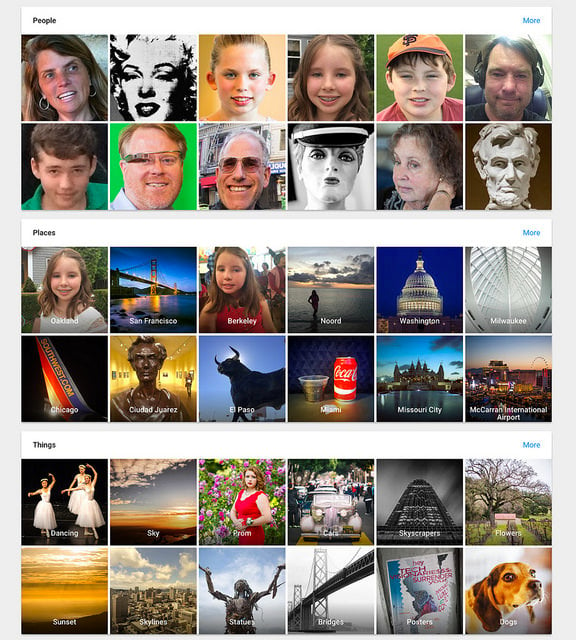 Flickr doesn’t do facial recognition yet, but I bet it’s something that they are working on. One of the advantages that Google has over Flickr here though is that their service is 100% a private service. 100% of your photos on Google can only be seen by your account unless you manually choose to create a link and share it with others. Facial recognition software can be scary stuff and even though Google doesn’t attach names and faces together, it’s the sort of thing that people get easily freaked out over.

Flickr is a hybrid public/private service. Even though by default you can upload your photos privately to Flickr, you can also upload them publicly by default as well. Sometimes even a simple thing like a public vs. private setting on a photo can be screwed up by your average user. It’s not that Flickr won’t offer facial recognition in the future (they probably will) it’s just that they probably need to think a little bit more about privacy and the implications of people accidentally making things public that they might not want to. 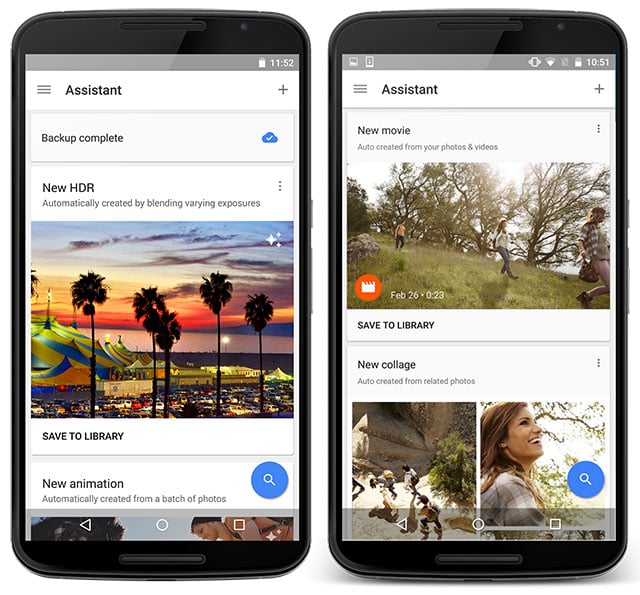 Although we’ve all probably seen way too many GIFs in our lifetime already, when your own photos are turned into GIFs just for you it can still be delightful. Because my photos are personal to me, I find that I’m enjoying Google Photos GIFs much more than I thought I would.

If someone else posted a GIF of Jerry Seinfield moving his microphone stand around on stage I’d probably think it was boring, but when I was actually at the comedy show and watched him do it, and the GIF was made from my photos, somehow it makes it more interesting to me. Most people could care less about my dog Bucky sitting in my friend Scott Jordan’s Pocketmobile, but it tickles me to see it — and Scott will probably like it too and I can share it with him and I bet he even posts it on Facebook. 😉

I find myself going back to my Google Photos assistant several times a day and hoping that they will have more treats for me.

Although Flickr has Camera Roll, Flickr doesn’t include all of my RAW photos so it is not as complete as Google Photos is turning out to be for me. I’m finding it more enjoyable to just randomly choose times in my life and scroll through my photos on Google Photos. 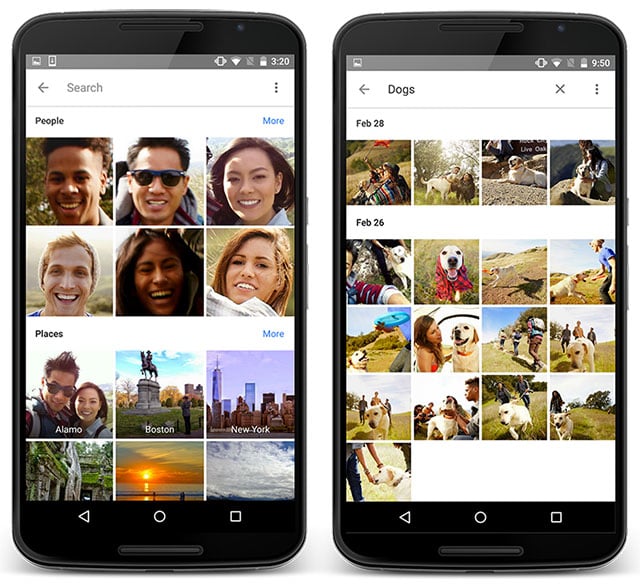 There’s something about all the bad photos, unedited, raw material that feels like a more complete digital diary for me than the finished processed photos I’m posting on Flickr. I’d never want anyone else to see my raw material unedited and bad photos, but just for my eyes only I’m finding it a very interesting experience.

It will be interesting to me to see how I like Google Photos as my digital diary when I’ve finally got everything uploaded into the service. In my case, I have a feeling that this will take a few years. So far I’ve uploaded 39,312 to the site in a little over a week. I’ve had it running pretty much non-stop since Google Photos launched.

Sometimes it feels like it’s hanging and I’ll force Google Photos to quit and relaunch it, but still, it’s going to take a long, long time to get all of my photos up there. By the way, Google Photos doesn’t provide you a photo count of your photos, but if you want to see how many you have uploaded you can get that number here (it’s in light gray in the upper right hand corner).

#6. Google Can Give You Back All of Your Photos at Once

Although I don’t ever plan on having to get all of my photos back at once, I feel good knowing that Google will let me have them all back with just a few clicks vs. Flickr’s more difficult way.

It’s nice that Google is giving you Google Photos completely ad-free. Although as a paid Pro Flickr user my Flickr experience is also ad-free, Flickr’s free service does/will have ads. When I’ve browsed Flickr outside of my Pro account I’ve noticed ads every so often. They don’t feel very disruptive, but still, no ads is always better than even just a little.

I did think it was interesting earlier this week when it felt like Apple CEO Tim Cook took a pretty direct swipe at Google’s new photo offering in a speech that he gave highlighting the importance of your digital privacy.

“We believe the customer should be in control of their own information. You might like these so-called free services, but we don’t think they’re worth having your email, your search history and now even your family photos data mined and sold off for god knows what advertising purpose. And we think some day, customers will see this for what it is,” said Cook.

Cook’s comment does make you think just a little bit about how much data you may end up giving sites like Google Photos and Flickr with all of these photos. On the other hand, I’m sure a lot of people probably wonder why you’d want to pay for Apple’s iCloud storage when Google or Flickr will give you all you need for free. Google and Flickr are competitors to Apple’s paid storage service and so you have to wonder how much of Cook’s warning is dire vs. how much is just that he’d rather you pay Apple to store your photos for you than let Flickr or Google do it for free.

Anyways, those are my more detailed thoughts on Google Photos thus far. After a week of use I have a much more optimistic view of it than I thought I would. I find myself using it much more and going back to it several times a day over and over again.

Disclaimer: Yeah, yeah, yeah, nothing is forever (except diamonds right?). Both Flickr and Google could always renege on whatever deal they currently are marketing out there. Google Photos was made for mobile users, not for more high megapixel storage people like me, etc. etc. etc.