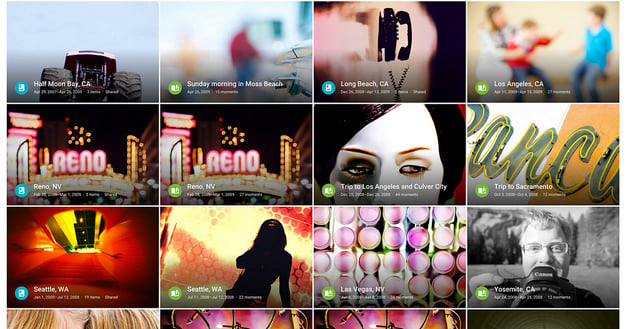 For months now people have been talking about how Google was going to decouple photos from Google+ and create a standalone photo product, and yesterday at Google’s I/O conference they finally unveiled their latest effort to the world.


Last August when rumors about this new service started circulating I wrote a blog post titled “10 things Google should consider in launching a standalone photo sharing service.” I outlined ways that Google could come up with a very competitive product in the photo sharing space. Google could have given the world something really amazing, but instead we just got something lackluster.

The new offering is fine, but in a lot of ways it is a big disappointment to me.

Although it may be tempting to write this off as a “Pro” problem as most modern DSLRs today shoot over 16 megapixel, there are also a lot of new non-pro consumer cameras that shoot over 16 megapixel today too. Heck, there’s even a mobile phone out now (admittedly an outlier) shooting at 41 megapixel. So what this means is that almost every DSLR out today, along with many smaller consumer cameras, will require your Google Photos images to be downsized.

It’s not just Canon and Nikon DSLRs that produce images over 16 megapixel today, but many models of popular mirrorless and consumer cameras by Panasonic Lumix, Sony, Olympus, etc. Here is a list of currently manufactured digital cameras 15 megapixels and above which shows some models and brands this might include.

While I do understand that storing photos is not cheap, I do not understand why Yahoo’s Flickr is able/willing to give every user a full terabyte of full high res original photo storage, and Google, a company almost 10x the size of Yahoo by market cap cannot or will not. Flickr raised the bar when they offered every user a free terabyte of high res photo storage and Google’s response is to offer us unlimited downsized and compressed photos? Come on Google, you can do better than that! 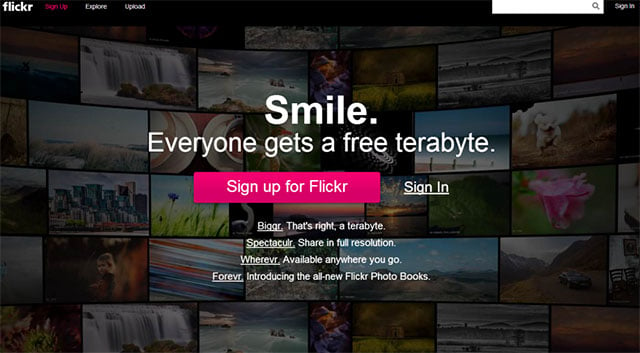 The other problem is that the camera manufacturers (for better or worse) are in a war of who can raise megapixels the most. Earlier this year Canon came out with a mindblowing 50.6 megapixel 5DS. 16 megapixels is going to feel smaller and smaller as new and better camera, and even mobile phone technology is released.

While you can purchase Google Drive storage for your photos over 16 megapixel at Google, 1TB of high res storage at Google would cost you $120/year — the same thing that Flickr will give you for free.

The other main thing missing from this new offering by Google is social. While Google has had a tough time with social and I get why they are wary of it, I was hoping that there would be a social element to their new photo service. Instead, every photo you upload to Google Photos is private only for you and you then share out your photos to other platforms. One of the most exciting things about Flickr is that there are a lot of social components to the site. While photos are uploaded as private to Flickr by default (like Google), you have the option of making these photos public and sharing them with other users on the site.

While you can use Google and Flickr both as private shoeboxes for all of your photos, I like that Flickr gives you the option to turn your photos public and share them with the world. 99.99% of the photos that I upload to the web are meant to be shared publicly and so I was disappointed that Google didn’t deliver us anything here today. Google does still have Google+, or course, where you can share your photos too and be social, but that’s an entirely different site that you leave Google Photos to go use. Flickr does a much better job at combining both private and social.

Google did showcase some other features with photos today. They released a sort of timeline camera roll view and some image recognition technology. What I saw today was very similar to what I saw two weeks ago when Yahoo rolled out Flickr 4.0. I’m not saying Google copied Flickr here, but it is odd how Flickr shipped these almost identical features two weeks before Google did. Whatever the case, I’m not terribly excited by camera rolls from Google or Flickr, although I do see where they would be helpful and nice features for the broader mass market audience.

I prefer to organize my photos myself rather than have an algorithm try to do it for me. I carefully keyword each of my photos in Lightroom and when I upload them to Flickr I’m able to create smart albums (like smart playlists in iTunes) where I can organize my photos into albums by keywords. That’s something that I still can’t do at Google Photos today, at least not in the automated way that I do it with SuprSetr. 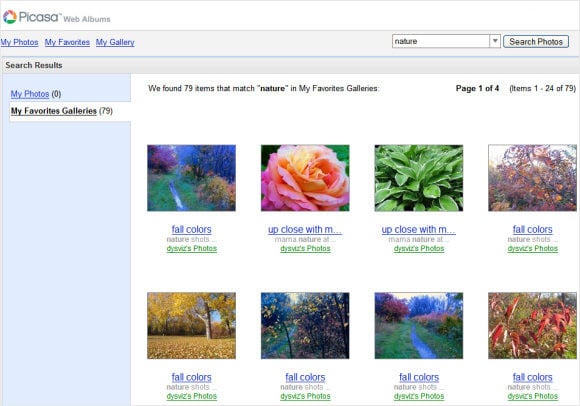 I am glad that Google is still investing time and development into photos. For a while there when they first launched Google+ it really felt like they were going to do something spectacular with photos. Today, unfortunately, not as much. To me, Google’s new offering feels more like a step back from Google+ to Picasa circa 2004.

Editor’s note: Mario Aguilar over at Gizmodo has a different take: he writes that the “brains and search” of the new service are so good that it creeps him out.

About the author: Thomas Hawk is a photographer and blogger based in San Francisco. Visit his website here and his Flickr photostream here. This article originally appeared here.