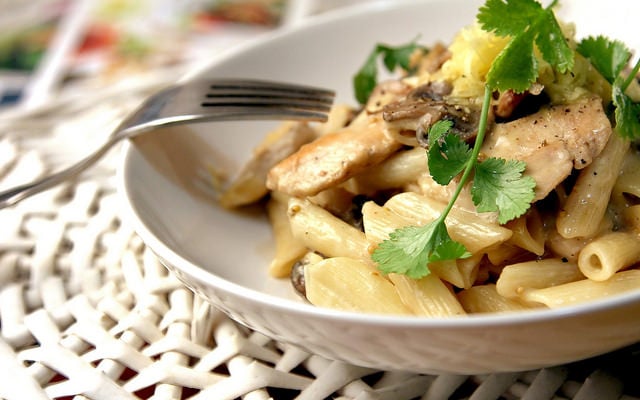 Camera apps these days already have the ability to analyze your scenes before you shoot them, but what if they could analyze your food before you eat it? That’s what Google researchers are working on: they’re trying to teach a computer to calculate calories from ordinary snapshots of food.

Popular Science reports that the company’s scientists recently unveiled a project that uses artificial intelligence to analyze a photo and estimate the number of calories seen in it.

The patent-pending technology is called Im2Calories, and it can even work on simple low-quality photos like the countless food photos snapped and shared by Instagram users every day. It’s not perfect, but users will be able to correct errors using the program’s user interface.

“If it only works 30 percent of the time, it’s enough that people will start using it, we’ll collect data, and it’ll get better over time,” says scientist Kevin Murphy.

Researchers say the technology could one day be used for photo-based food diaries: simply snap a photo of everything you eat, and you’ll be able to keep a running log of how many calories you’re consuming. No word yet on if or when this will be publicly available, but if this type of thing does take off, you can bet pre-meal photo rituals will be even more common than they are now.

The Drone: A Horror Movie Spoof with a DJI Phantom from Hell