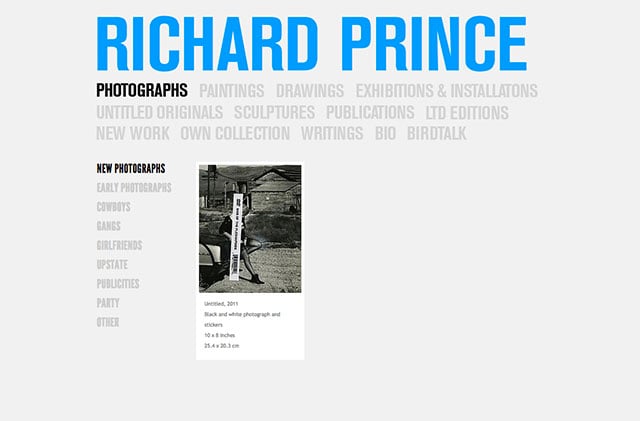 There are many people who have studied and understand the art world better than me. But there is one thing that I’m sure of: Richard Prince is a jerk.

I say this for two reasons. First, I haven’t read anything that suggests he has the self-awareness and intellectual rigor that is bestowed upon him by fawning critics. The pro-Prince camp suggests that he is purposely stretching the concepts of intellectual property ownership, but I counter that he is intellectually lazy. (And even if he had the mental prowess of Socrates, it would make his “art” all the more inexcusable.)

Second, he is a thief.

He was a thief when he stole Sam Abell’s cowboy image from a Marlboro ad in 1977.

He was a thief when he stole Garry Gross’ image of Brooke Shields in 1983. 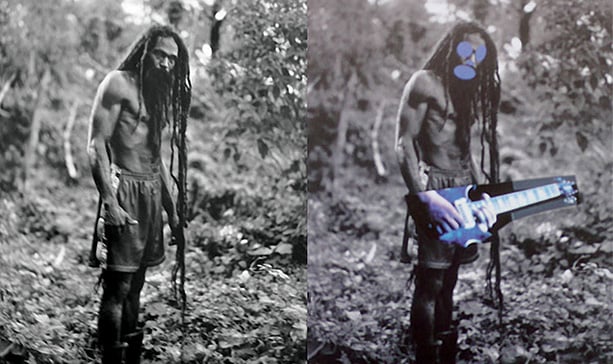 And he was a thief when he stole brazenly stole 38 images from other people’s Instagram feeds and sold them for upwards of $100,000 each. Art critic Jerry Saltz contends that everything is source material nowadays, so the notion that Prince is stealing is some strange anachronism of an era where people deserved to be paid for their ideas. Sure.

Everything inspires everything. But this isn’t an excuse to blatantly steal. If I plagiarize a column from Saltz and replace his byline with mine, would he consider it genius? If Prince wants to sample, then he should pay for the source material like everyone else, and stop hiding behind some false veil of “genius” and “fair use.”

As Sam Abell notes, there is inherent bias in the art world that values appropriation over editorial work. A simple, self-important label entitles the art world (i.e. Larry Gagosian) and its collectors to inflate the value of Prince’s dishonest work.

The irony runs thick given that the same people probably insist on drinking fair trade coffee and wearing ethical fashion, yet they support the theft of photos from hard working, unrecognized and uncompensated photographers. Does the work somehow lose credibility by acknowledging the source? Does stealing give some twisted legitimacy to the “art?” Has the art world lost its ****ing mind?

Editor’s note: VICE paid Prince a visit a couple of years ago and shared this tour of Prince’s country home and studio (caution: some of the artwork has mature themes):

About the author: Allen Murabayashi is the Chairman and co-founder of PhotoShelter, which regularly publishes resources for photographers. Allen is a graduate of Yale University, and flosses daily. This article originally appeared here.