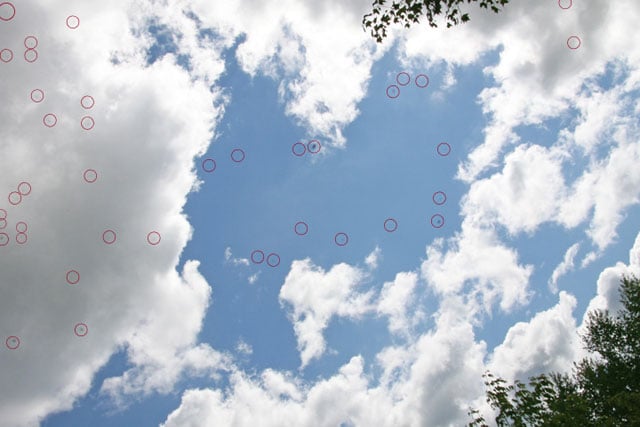 A few years back, I was helping a local park district with event photography. I attended public events and photographed people enjoying the parks for use in press releases. One early morning, my husband and I had the opportunity to join fellow park lovers for a rare opportunity. We were invited to a participate in a bird walk at the Ravenna Arsenal. Today, the Center is used for military training purposes. In years past, it was a military ammunition production facility for the United States Army.

The Ravenna Arsenal is generally closed to the public (something about the possibility of stepping on live explosives…), but we were afforded the opportunity to enter and take a walk in search of rare birds. The area comprises over 21,000 acres of natural landscape so, as you can imagine, it’s teeming with all sorts of wildlife. 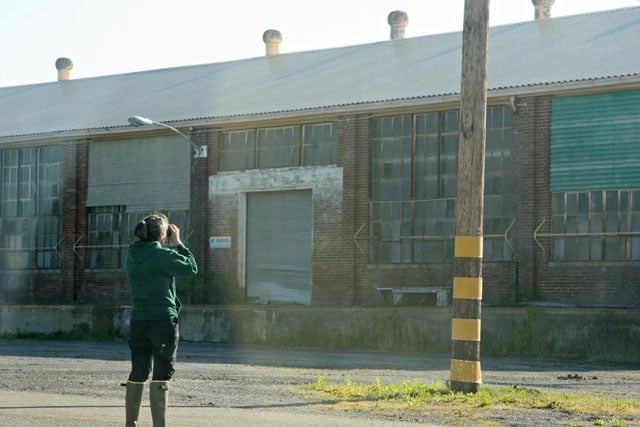 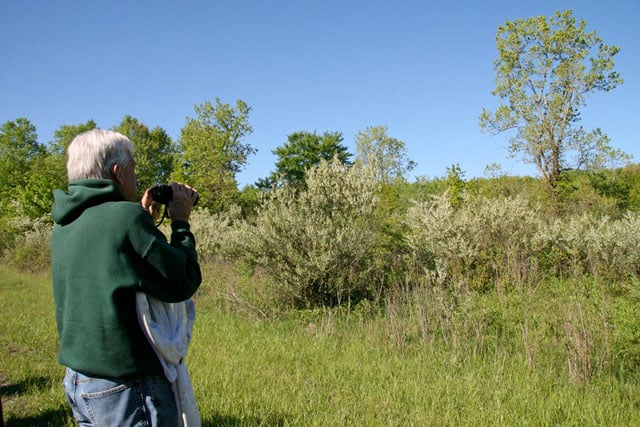 We were enjoying a beautifully sunny morning and I was excitedly snapping photos of people and birds alike when, looking through my camera’s viewfinder, I noticed something in perfect focus crawling across my field of view. Without hesitation, I did what most people would do. I looked at the front of my camera lens expecting to see a tiny bug photobombing my images.

I didn’t even think about the fact that the bug couldn’t have possibly been on the front my lens and been in perfect focus (camera physics makes this impossible – especially considering I was using a 300mm lens with a 10ft minimum focal distance). I held the camera back up to my eye and the bug was gone. Confused, I continued snapping away.

A few moments later, the bug returned. Only this time, he (or she) brought a friend. I now had two bugs crawling across my field of view.

My husband (who I fancy a camera expert as he understands the physics and hardware of photography at a depth I can only hope to achieve one day), was just as baffled as I.

Over the next hour, several more bugs showed up to the party. At one point, I counted seven bugs in my field of view. Seven bugs in my camera, and I suspect there were many more lurking in the depths.

I removed the camera lens with the hope that I would be able to catch a glimpse of something crawling on my mirror, and prayed that those buggers weren’t on my sensor. I couldn’t see anything. Were they somehow in my lens?! I didn’t see anything in the lens either.

Fortunately, the silhouettes of the bugs weren’t showing up on my images, but they were leaving nice trails of poop, er… frass, everywhere they walked. As the minutes passed, my images were becoming increasingly cluttered with tiny black specks, meaning the bug party was surely taking place on my sensor. To say I was creeped out would be a gross understatement. I love bugs and all, but seriously, stay out of my camera (and my shower).

On the way home from the bird walk, I had several stops to make to photograph local farms. How could I possibly photograph press release-worthy images full of bug poop?!

Using my husband’s camera, we attempted to photograph my camera’s viewfinder. The red circles are three bugs. 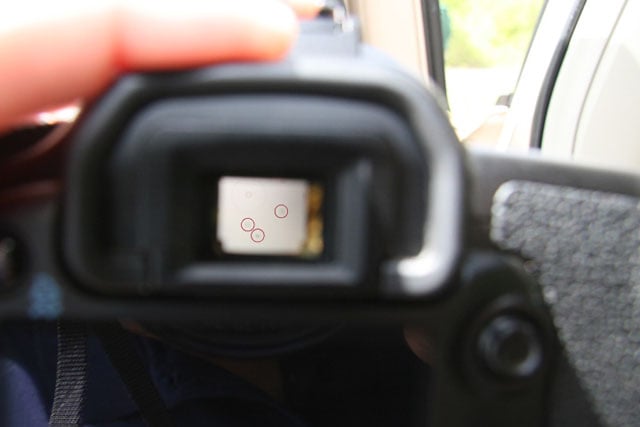 When we returned home from our photo adventures that day, we visited the store where we purchased the camera. They took a look at my camera and confirmed that there were at least seven or eight bugs crawling around. Despite having an extended warranty, the store said there was nothing they could do and advised us to send the camera directly to Canon to be cleaned.

I couldn’t help but think that the camera must have been manufactured with the insects inside, though the more plausible reality told me I probably shouldn’t have made a habit of changing lenses in the field. Seriously though, what are the chances that a pregnant beetle flew into my camera while I swiftly exchanged lenses and later laid eggs that hatched out a bajillion tiny creepy crawlers into my camera guts!?

Whatever the case, I packed up my camera and sent it off to Canon for a thorough cleaning.

Several weeks later, I received my camera in mail. The camera had been cleaned and the infestation cleared.

I guess I’ll never know how exactly those bugs ended up inside my camera. Could it have been a manufacturing error? Could a pregnant beetle have flown into my camera during a lens swap? I’ll never know. But I can tell you one thing, I tend to be a lot more careful when I change lenses in the field. It’s best to swap your lens out in a clean (preferably indoor) space. Unfortunately, it’s not always convenient to find a clean space when a photo opportunity arises that warrants a different lens than what you’re currently working with.

Below are some guidelines I’ve picked up for ensuring a clean lens swap:

1. Always turn your camera off to avoid dust collection on the sensor from static charge.
2. Never place your camera on the bare ground without a lens or cap. If you don’t have enough hands to juggle equipment, consider placing the camera on a jacket or camera bag (or better yet, have a friend help out).
3. Stand with you back to the wind to avoid dust blowing into your camera.
4. Be sure to keep the camera strap around your neck to avoid an accidental slip of the hand.
5. Change your lens in the comfort of your vehicle, when possible.
6. It’s best to point the camera downward as gravity may help mitigate dust falling into the camera.

About the author: Danae Wolfe is a macro nature photographer residing in Northeast Ohio. Her primary artistic interests include shooting candid insect and botanical portraits. She recently launched Chasing Bugs, a new blog for photographers interested in shooting macro photos of insects in their natural habitats. This article originally appeared here.

Clone Portraits Show Woman Before and After Losing 150 Pounds