Photographer Jason Lanier is on a mission to end “discrimination against photographers.” He just posted the video above showing two encounters he recently had with law enforcement while doing a photo shoot in San Francisco. In both cases, the officials noticed his “nice” camera and high-end equipment and questioned him to see if he was shooting commercially without a proper permit (which can cost hundreds of dollars). 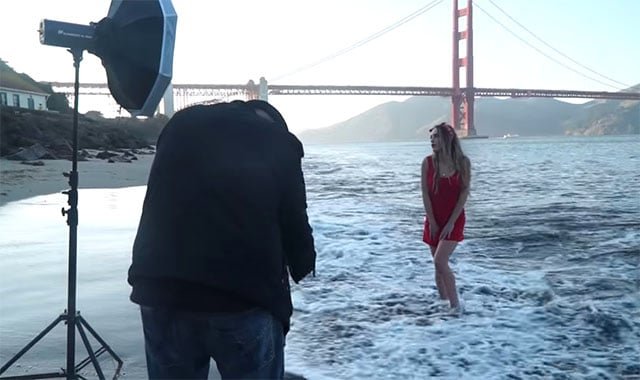 During the second stop, a park ranger notices Lanier photographing a model with off-camera lighting equipment set up. “Generally when we start setting up more than just a tripod and a camera, we get into the realm where we want people to have commercial permits,” the ranger says. “Because anytime you conduct business and make money in a national park, you gotta get a permit for it.”

Lanier then wonders: “But what happens if you’re not getting paid for the shoot? What if you just wanted to use the flash to take pictures of your own family?”

The ranger tells Lanier that he won’t be kicking the crew out of the area, but “what would satisfy” him would be if Lanier put away his off-camera flash equipment. “The thing I would ask is just to make it less official-looking,” he says. 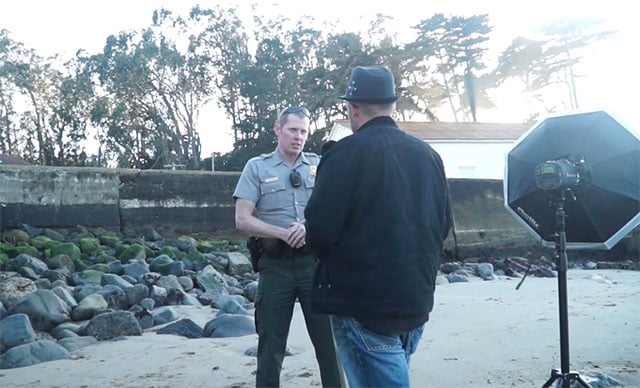 What bothers Lanier is that this “discrimination” is against photographers who choose to shoot with certain types of equipment. If you walk around shooting commercial photos using a smartphone or a small mirrorless camera, no one would be any the wiser.

“We hope this video sheds a little light on what photographers go through and why we hope we can do something to make it stop,” Lanier says. He’s asking that the government “show some reason” and create a “reasonable permit fee” for photographers who wish to do smaller shoots in public parks.