Photographer Jason Lanier says he was doing a photo shoot at a park in Texas when a man drove his truck over his camera gear bag that contained tens of thousands of dollars in gear.

The 10.5-minute video above contains some footage from that day and an appeal from Lanier for help in getting the man brought to justice.

Lanier says he was doing a photo shoot on April 3rd, 2016, at Echo Lake Park in Forth Worth, Texas when a man drove his truck illegally onto the wooded walking path where Lanier and his crew were conducting a shoot. It seems the gear emerged relatively unscathed — it seems the tire didn’t directly roll over any of the items. 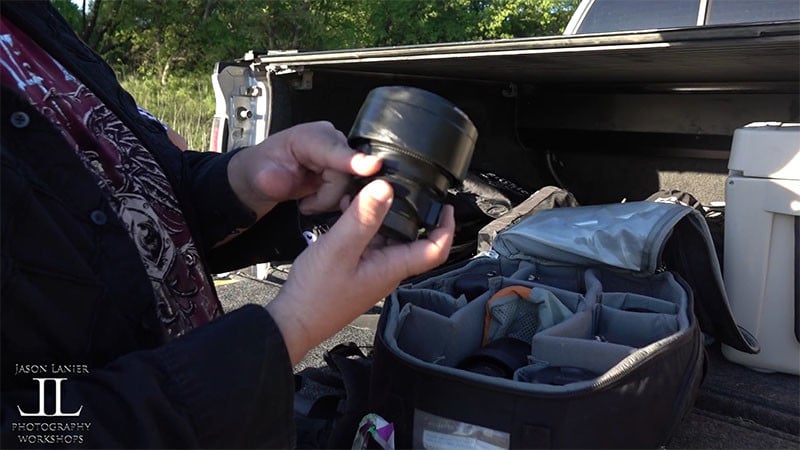 “Most importantly the driver endangered the lives and well being of everyone there who was using this walking path,” Lanier writes. “This video is being released to alert the public to this person in the hope that he is held accountable for this behavior.”

“The driver’s license plate number is GPY-9942. We hope that the added attention to this matter will assist the Fort Worth Texas Police in apprehending this man before he commits similar acts of recklessness which could end up injuring or killing someone.”

Back in 2015, Lanier went on a public campaign to “end discrimination against photographers” who shoot with high-end camera gear in public places.

The First Photos Taken with the Leica Co-Engineered Huawei P9