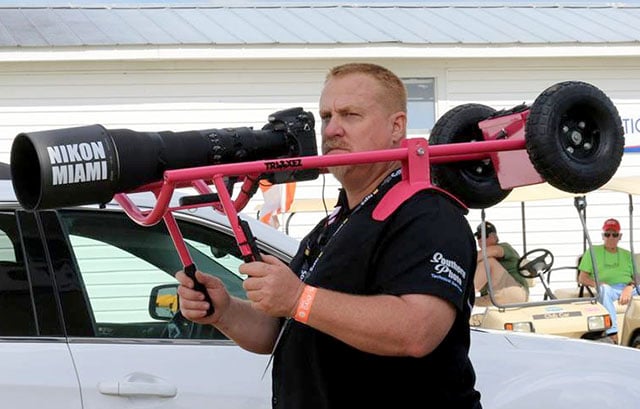 Winters says his back used to hurt after photographing airplanes for hours at a time, but the improved weight distribution of his system has largely eliminated the pain and fatigue.

The rig may look heavy, but it’s actually made of aluminum and weighs only 4 pounds. A 12 volt battery in the back serves as both the power source — it keeps the camera juiced for days — and the counterweight for his Nikon D810 and 800mm lens on the front.

Connected to one of the hand grips is a camera remote that allows him to focus and snap photos without taking his hands off the TRIAXEZ. All the wiring is hidden inside the tubes and out of sight. The lens mount can also be moved forward and back 6 inches depending on which lens he has mounted.

There are also wheels on the bottom of the rig for easy transportation when it’s not being used for photography. 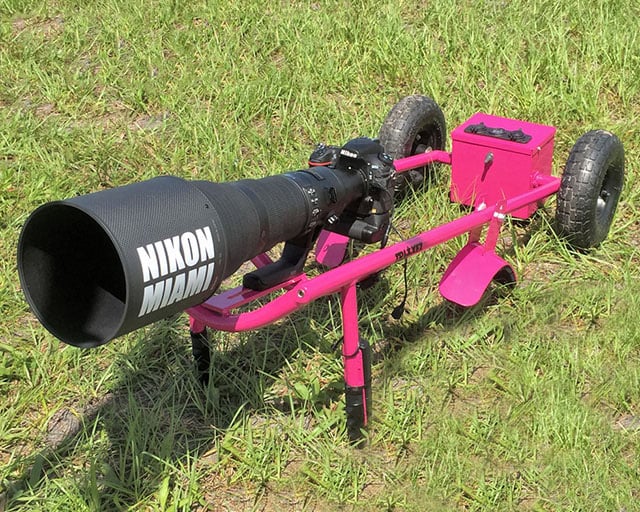 Here’s a sample photo Winters shot while using the TRIAXEZ rig (you can find more of his airshow photos over on his website): 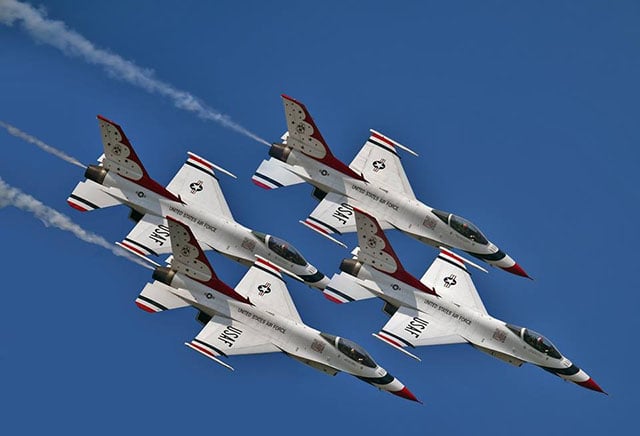 The TRIAXEZ may be a useful invention for long days of photographing airshows, but we’re guessing it’s probably not the best thing to use for planespotting at major airports.

(via Jim Winters via Nikon Rumors)

Image credits: Header photo by Pete Boden/Shoot2Thrill, all other photos by Jim Winters and used with permission

QromaScan: Digitize and Organize Prints Using Your Smartphone and Voice