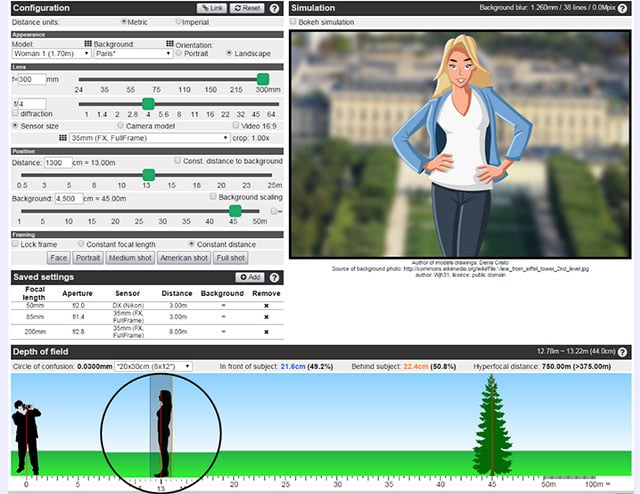 A couple of months ago, we featured a helpful little web app called the Bokeh Simulator and Depth of Field Calculator. The website allows photographers to quickly visualize what different options in a particular shot (e.g. aperture, focal length, distance to subject) do to the bokeh and depth of field in the resulting photo.

The app has now gotten even better: in addition to some nifty feature upgrades, it can now be downloaded as a free app for Android devices.

Developer Michael Bemowski, the man behind the site, tells us that he has been working on improving the app since the first wave of public interest, based on the feedback and critique he received. 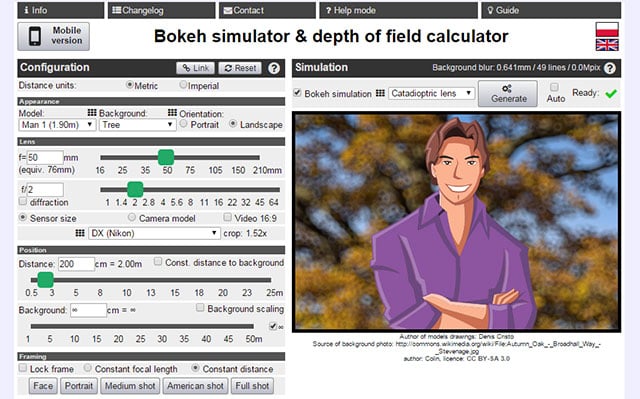 One improvement is that the model seen in the picture is no longer a flat 2D character. He or she will now have their nose, ears, and face blurred correctly according to each particular depth of field simulation. Here’s an example:

Other new features include being able to pick your camera model from a list of cameras, DoF preview zoom, video 16:9 mode, the option to select models of different heights, and more. 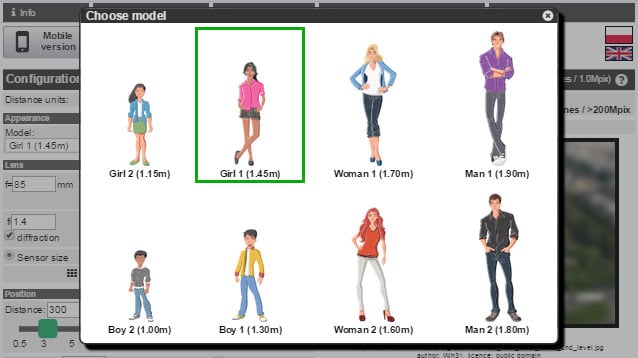 Bemowski has also released his tool as a free app for Android users. You can find it as a 49 megabyte download through Google Play.

This is How Much Diamond is Extracted from Massive Diamond Mines

Why Having Your Portrait Made Is Important