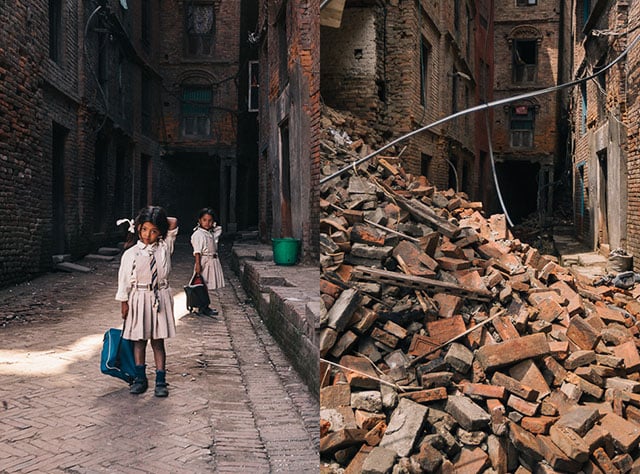 I was in Nepal exactly six years and three days before the earthquake that devastated the country on Saturday.

Back then, I was photographing for a magazine feature and had spent much of the day in Bhaktapur, a beautiful and ancient city in the Kathmandu Valley.

As anybody who has visited Nepal will tell you, it’s a wonderful place to photograph. Nepalese people are enormously hospitable, the light is invariably wonderful and there seems to be a golden photo opportunity at every turn.

I was resting for a few moments at the end of a narrow alleyway when these two sisters appeared, swinging their satchels and giggling to each other as they made their leisurely way home after school. I spent some time photographing them and one of the resulting images subsequently appeared in my first exhibition. 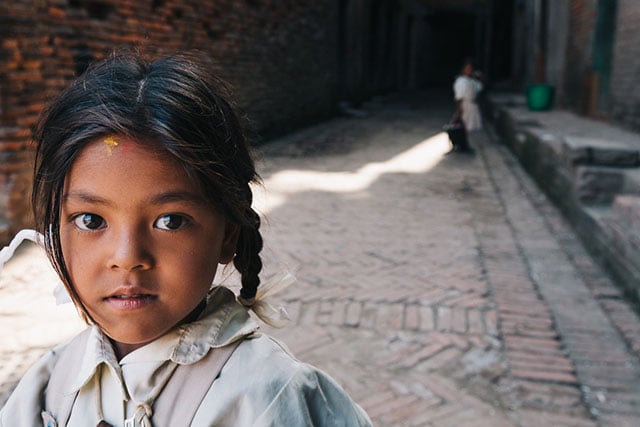 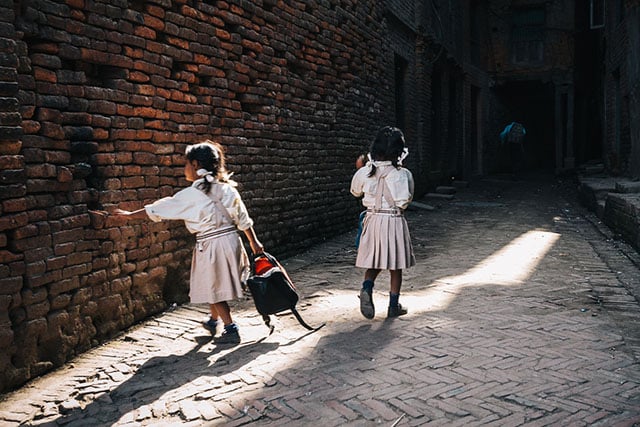 I returned to Nepal this week under far less pleasing circumstances. Saturday’s earthquake has ripped the country apart. Almost 6,000 people are reported to have lost their lives and many tens of thousands have been left homeless. I’m working for a number of NGOs, documenting aid efforts and helping to raise awareness of the many issues that post-earthquake Nepal will face.

Purely by coincidence, I found myself in Bhaktapur again and at the end of very same alleyway where the two schoolgirls had appeared six years before. It’s the same street but, as you can see, so very different now.

The image of buildings reduced to rubble is one that’s repeated countless times across Nepal and the stark contrast between the “before” and “after” images is one that highlights how suddenly and unexpectedly the world can change.

It is, perhaps, a reminder not to take anything for granted. Having spent the past few days documenting Nepal’s sorry devastation, it’s a lesson I’m unlikely to forget in a hurry.

About the author: Gavin Gough is a freelance photographer based in Bangkok, Thailand. He works on assignment and is represented by Getty Images and 4Corners. You can find his work on his website, Facebook, Twitter, and Instagram. A selection of his 2015 Nepal earthquake coverage can be found here.

Some Canon T6 DSLRs May Have a Sensor Issue