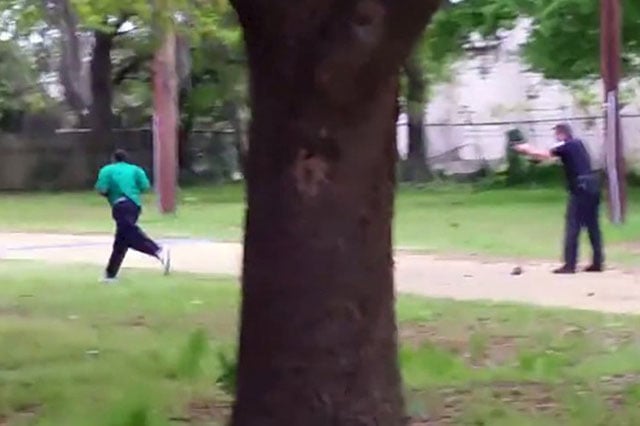 A white police officer in South Carolina is facing murder charges after shooting an unarmed black man in the back and killing him as he ran away. A bystander named Feidin Santana witnessed the whole incident on April 4th and managed to capture cell phone footage, which then became widely seen around the world and sparked fresh new outrage about police brutality.

Now, nearly two weeks after the shooting, the video is at the center of a new discussion: news outlets are being asked for a $10,000 fee if they wish to share the video.

The New York Times reports that a publicist representing Santana has begun sending out cease-and-desist letters to news oulets around the world, demanding that they either pay a $10,000 usage fee for the video or stop showing it entirely.

Poynter has published an interesting piece about the copyright issues and fair use issues involved in this case. Here’s what it’s hearing from NPPA lawyer Mickey H. Osterreicher:

There is no question that the copyright in the video vests with Mr. Santana (unless he transferred that right) and it is up to him or his agent as to what he wants to do with this work.