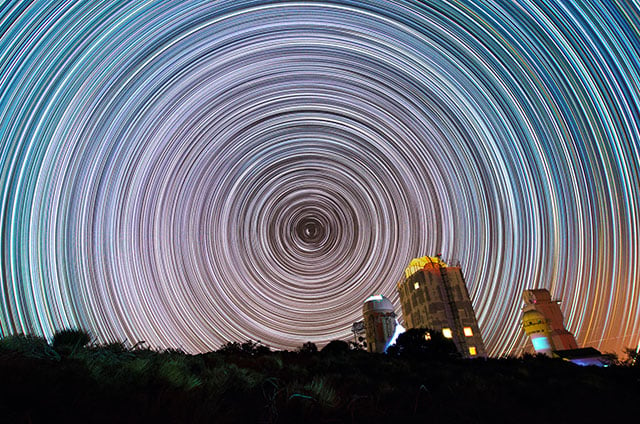 Polish photographer Bartosz Wojczyński pointed his camera straight at the north celestial pole and exposed his camera for a total of six hours. The photograph above is what resulted.

Wojczyński says he was photographing from the Teide Observatory on the Canary Islands, one of the world’s major observatories, from 8PM to 2AM.

He captured 620 separate 35-second exposures using his Nikon D5100 and Samyang 10mm lens at ISO 1600 and f/4.8. Here’s an example of what one of the frames looked like, and here’s a time-lapse created using the same frames.

The photos were then stacked together into one image by loading them into Photoshop (in batches of 50) and setting the blending mode to “Lighten” for all layers, and… voila! Here’s a higher-resolution version of the final image.

Image credits: Photograph by Bartosz Wojczyński and used with permission