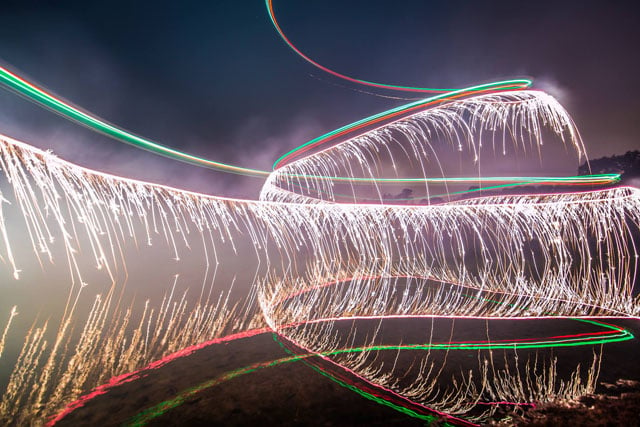 Photographer Calder Wilson recently did some experimentation by attaching fireworks to a drone and then flying it around in a long exposure photograph. The results are beautiful to look at.

He first tested out this concept back in January when he had some leftover fireworks from New Years and decided to stick them on his mini drone. 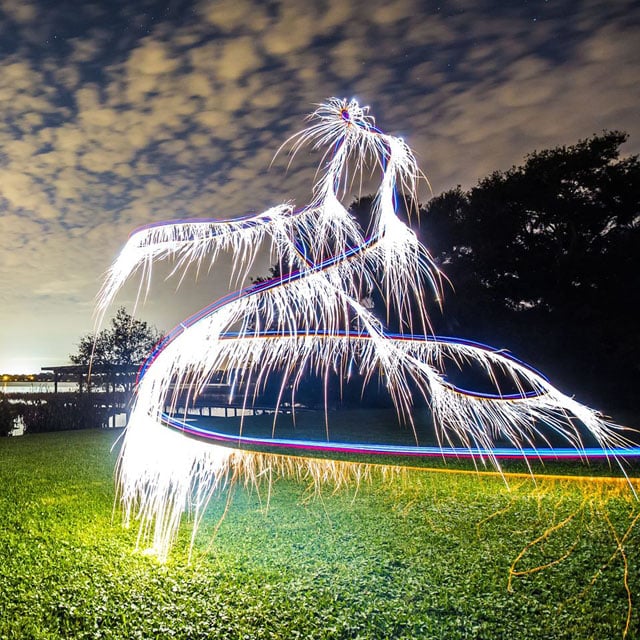 After his initial test, Wilson recommends that firework drone photos be done with at least two people. You’ll need to carefully plan triggering the camera shutter, lighting the firework on the drone, taking off, and piloting while the camera is exposing the shot.

In one of his shots, Wilson managed to capture a prominent moon halo behind his firework light trails. 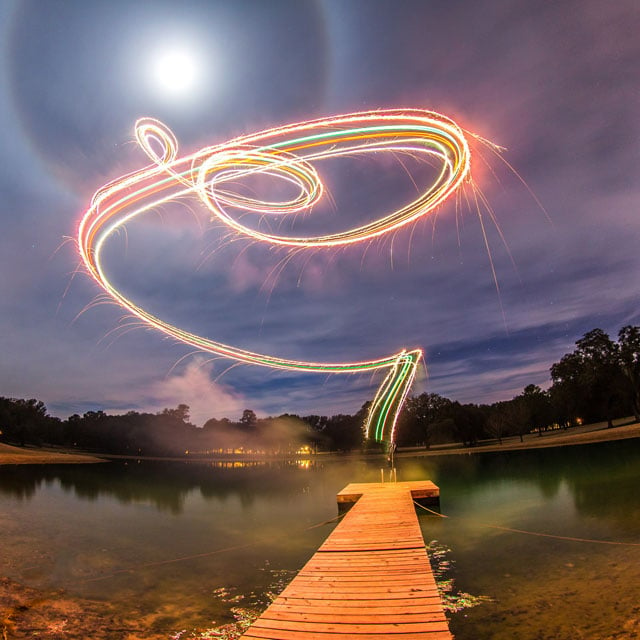 The resulting photos don’t need much processing. Wilson simply makes some basic adjustment tweaks in Lightroom for the final versions.

This project is “an ongoing experiment that I’ll be continuing throughout the year,” he tells us.

Wilson shoots great photographs of concerts as well. You can find his work over on his website.

Image credits: Photographs by Calder Wilson and used with permission