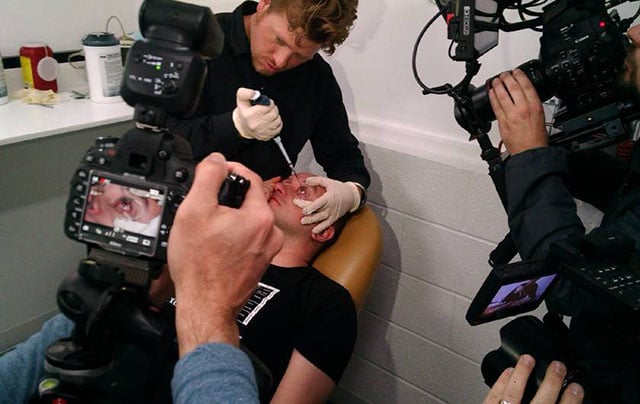 If you’re a photographer who often shoots in very dark environments, would you want night vision eyedrops to help you see better without artificial illumination? It sounds like science fiction, but we’re actually getting closer to having it be possible as an item for camera bags.

A team of “biohackers” have announced that they’ve figured out how to enhance human night vision by dripping a chemical onto eyeballs.

In its recent experiment, a team of independent researchers with the California’s Science for the Masses collective dripped a chemical called Chlorin e6 (Ce6) onto the eyes of a human guinea pig test subject.

The chemical, extracted from deep sea fish and sometimes used in night blindness therapy, gave the test subject temporary night vision, allowing him to see in the dark after less than an hour. 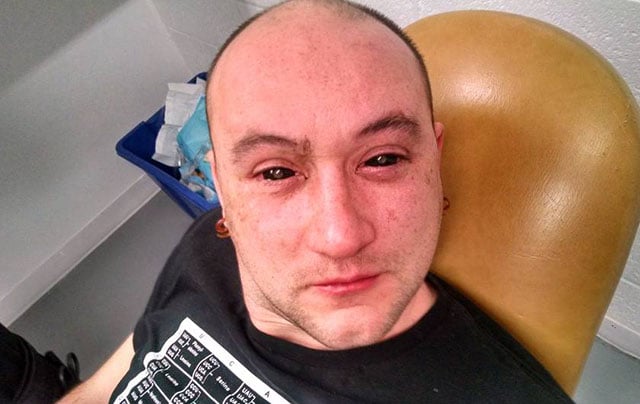 The man was able to see written symbols and moving objects from 10 meters away. From 50 meters, he could see other people standing in front of trees 100% of the time while other subjects without the night vision could only get it right about 30% of the time.

For now, this test simply shows that this type of thing can be done. If in the future it’s discovered to be safe, effective, and affordable, perhaps we’ll one day start seeing night vision eyedrops on the shelves (or websites) of camera stores.

(via Mic via Engadget)

Image credits: Photographs by California’s Science for the Masses

How to Do Cinematic Color Grading on Your Photos with Photoshop

Humor: That Annoying ‘Take Another Photo!’ Girl You Always Get in Group Portraits