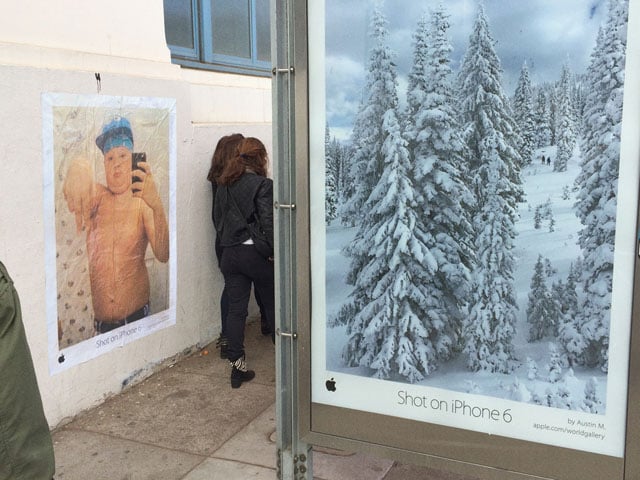 Apple recently launched a global advertising campaign touting the camera quality of the iPhone 6. As part of the campaign, the company put up billboards all over the world with its favorite photos captured by iPhone 6 users with the phone.

Two pranksters from the advertising industry recently decided to poke fun at the billboards by putting up their own fake “Shot on iPhone 6” ads next to them.

“Our thought was that people don’t always take pretty pictures on their phones, so we thought it would be funny to show the other, non-beautiful, photos people take,” the anonymous duo tells Refinery29. While they do agree that Apple’s featured photos are beautiful, the duo says that they “love to poke fun of our industry whenever it takes itself seriously.”

The parody advertisements were created with selfies found on Google Images and were put up in various spots in San Francisco. Placed next to the real ads, they create a bizarre experience for anyone walking by them. 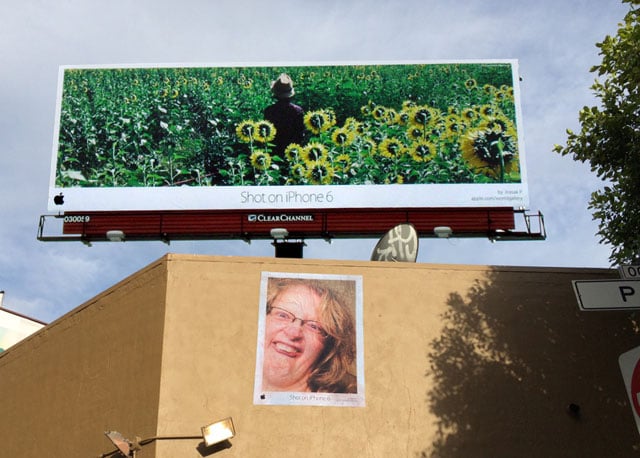 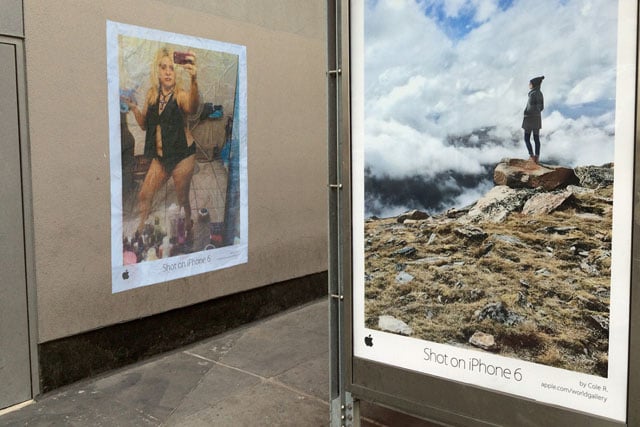 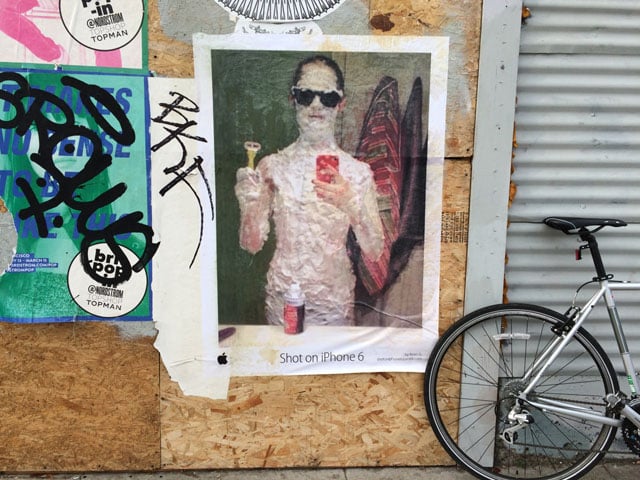 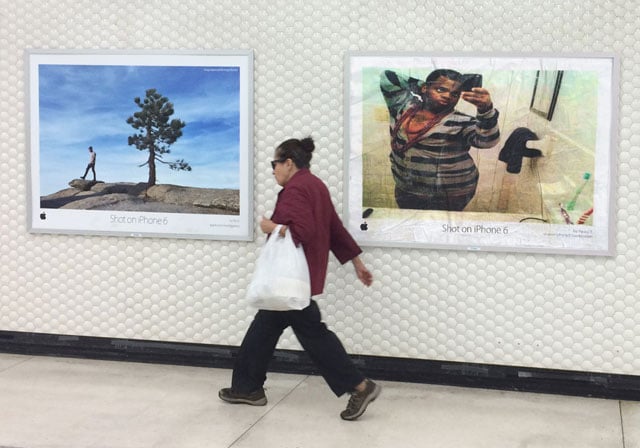 Refinery29 reports that San Francisco officials are now scrambling to locate and take down these “controversial” advertisements. You can find the images over on a dedicated Tumblr page called “Also Shot on iPhone 6.”