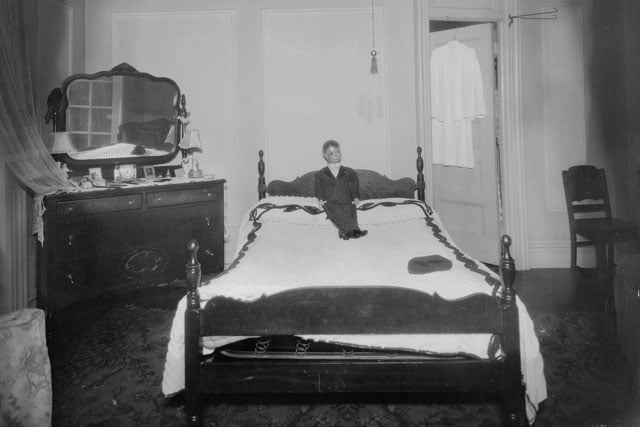 The photographer known as Weegee made his mark on photography by hunting for crime scenes and uncomfortable shots in New York City. We may soon be seeing some of the crime scenes he captured from an alternate perspective.

Thousands of historical crime scene photographs shot by the New York Police Department will soon be digitized and released for the public to see.

The New York Times reports that the National Endowment for the Humanities has just announced a $125,000 grant that will allow the Department of Records and Information Services in New York to digitize 30,000 photos taken between 1914 and 1975 by NYPD photo unit officers. These photos were stored in boxes after the conclusion of cases and stored away out of sight in a basement

“The images recall those taken by the famous tabloid photographer Arthur Fellig, better known as Weegee,” the Times writes. “[A]t some crime scenes, the police photographer who took them and the night-crawling newsman may have been standing just a few feet apart.”

“The police photographers more than held their own. These guys are well-trained photographers,” Municipal Archives deputy director Michael Lorenzini tells the Times.

The New York City Department of Records says that 2,000 of the photos were captured by the city’s Emergency Services Unit from 1928 through 1941. The images show “mayhem including street car accidents, early airplane crashes, explosions and the proverbial cat stuck in a tree.”

Here is a small selection of the photos found in the collection:

If all goes according to schedule, the prints will be scanned starting in July 2015 and will be made available for viewing shortly afterward through the Municipal Archives Online Gallery.

How Humans Are Teaching Computers To See and Understand Photos