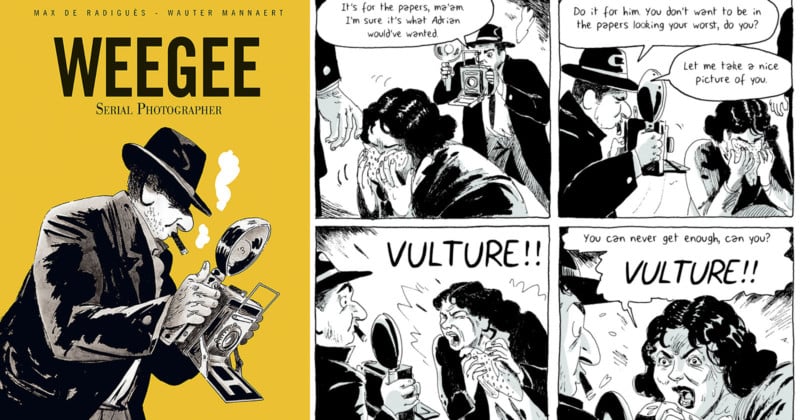 Weegee, the pseudonym of Arthur (Usher) Fellig, was a press photographer in New York City who’s best known for his gritty photos of urban life, death, accidents, and crime in the 1930s and 1940s. His life and work is now being shared in the form of a graphic novel titled Weegee: Serial Photographer.

Written and illustrated by Max de Radigues and Wauter Mannaert, Weegee: Serial Photographer is a 140-page, black-and-white biography that tells the story of how Weegee would show up with his camera at the scene of accidents and crimes, sometimes even before authorities arrived. Unlike what’s expected of photojournalists these days, Weegee had no qualms about staging his shots, even going as far as to change the positions of dead bodies to create a better composition. 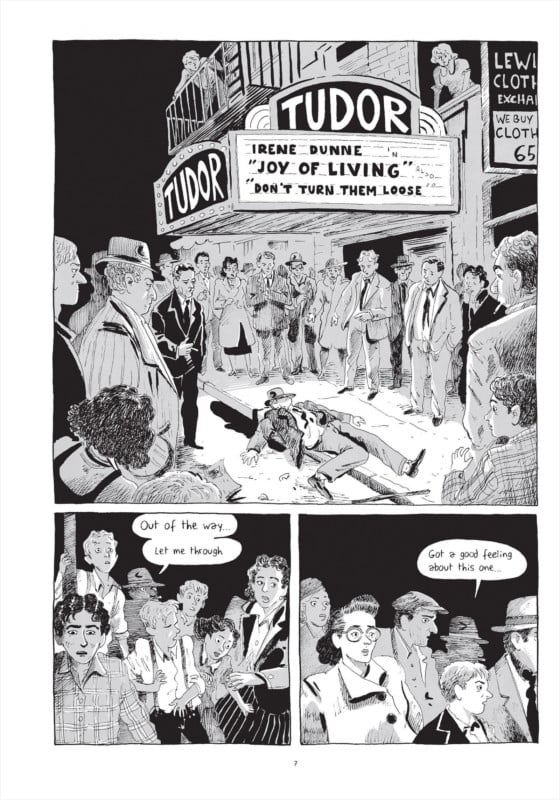 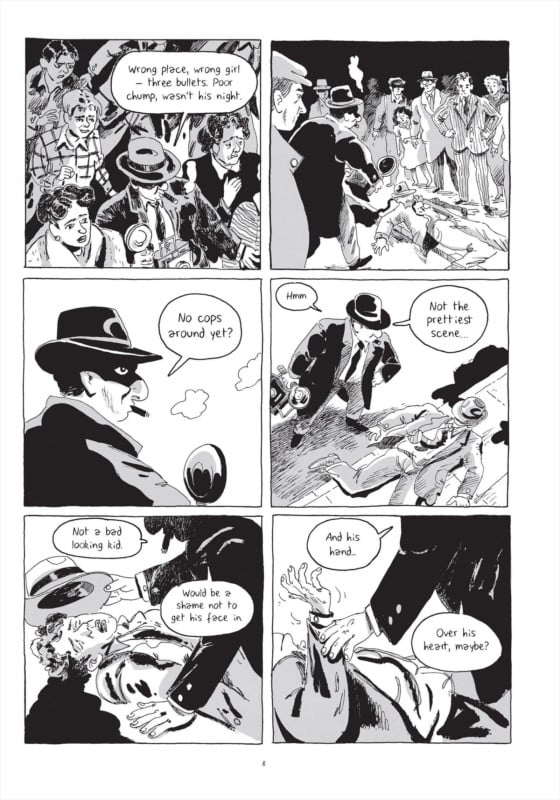 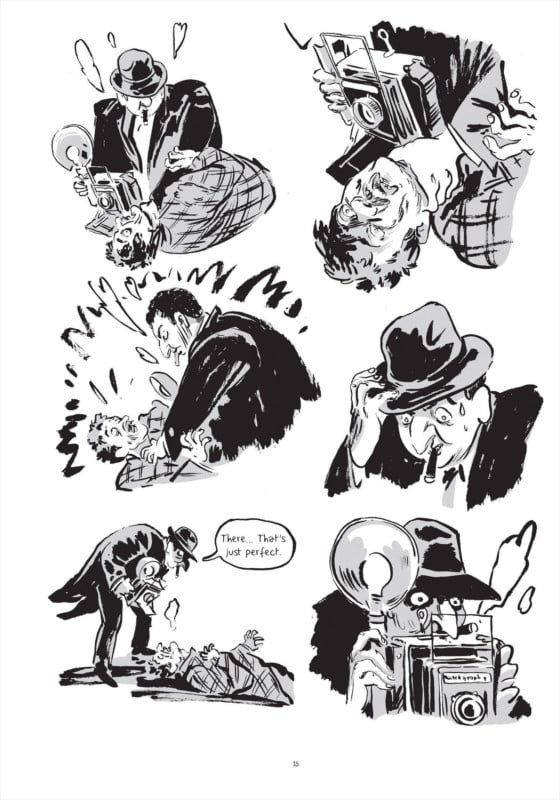 “Now the easiest kind of a job to cover is a murder, because the stiff will be laying on the ground, he couldn’t get up and walk away or get temperamental, and he would be good for at least two hours,” Weegee said in a 1958 interview. “So I had plenty of time. At fires, you had to work very fast.” 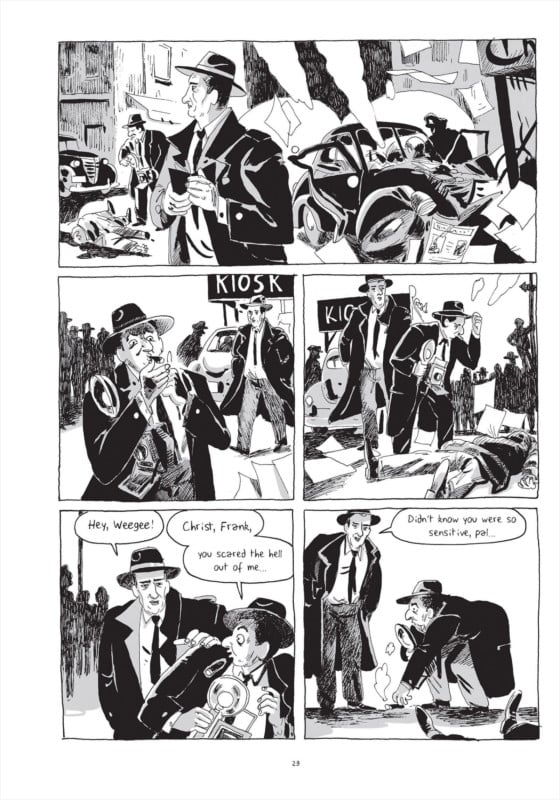 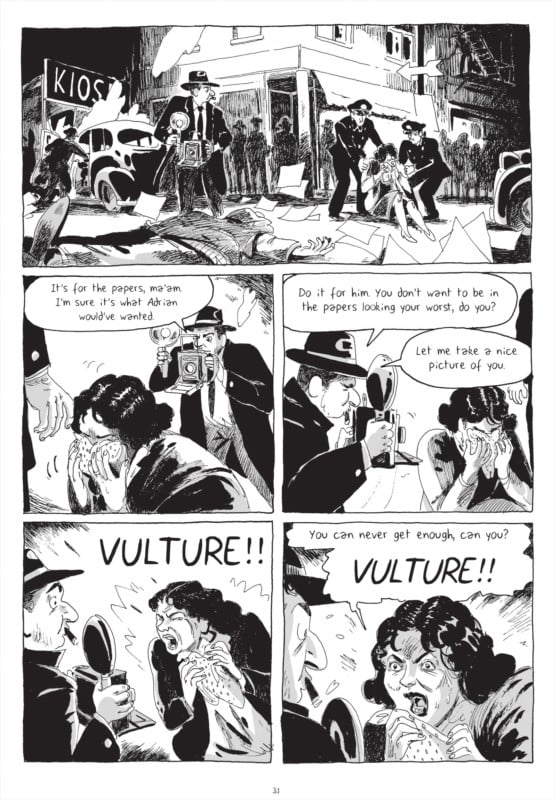 Here’s what Conundrum Press says about the novel:

Wauter Mannaert and Max de Radiguès have succeeded beautifully in capturing the contrasts in Weegee’s life in pictures: the eternal doubt over whether to choose his violin or his photography; the streets and neighbourhoods of New York that he loves but also wants to escape; his photographs, which are printed in the popular press but should be on the walls of galleries. Their approach turns the photographer into a man of flesh and blood and makes you identify with him, so his rather tragic fate hits all the harder. The style in which Mannaert has drawn Weegee’s hectic life is a perfect fit. His distinctive black-and-white drawings create the impression that you’re walking with Weegee through New York’s iconic Lower East Side of eighty years ago. 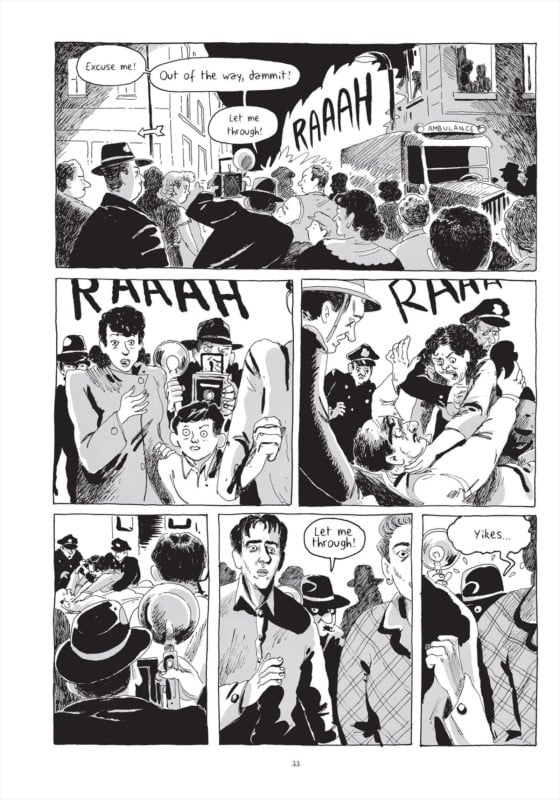 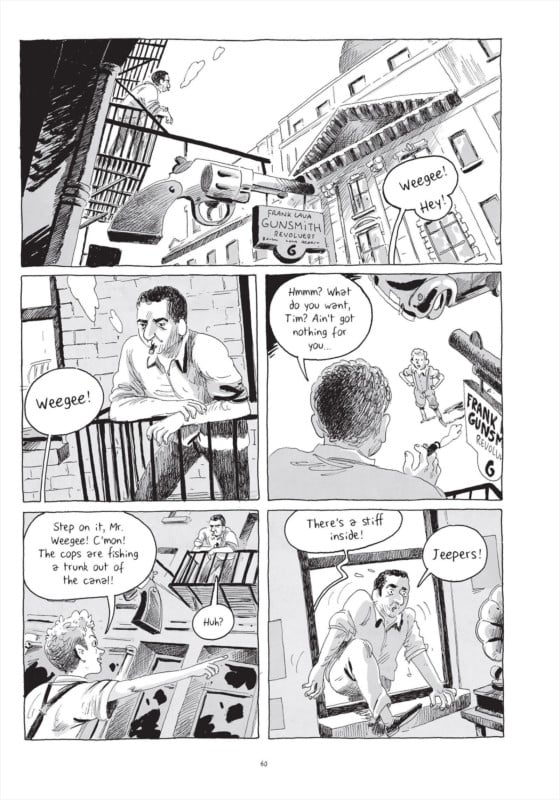 Weegee: Serial Photographer is available at Amazon and other bookstores with a list price of $18.

Playing 3rd Wheel to a Camera: 6 Tips for Partners of Photographers

A Tour of the Cartoni Tripod Factory