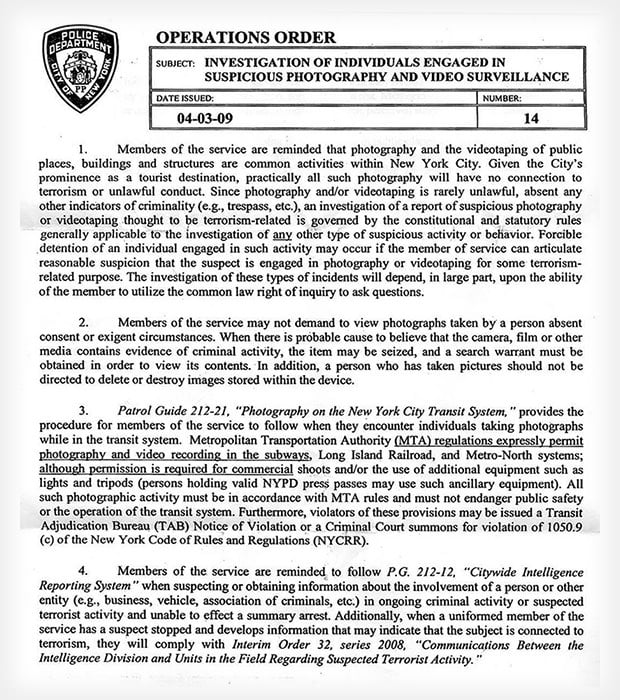 If you’re a street photography-loving New Yorker who’s worried about being stopped and harassed by the New York Police Department, check out this official memo that was sent out to officers back in 2009.

Members of the service may not demand to view photographs taken by a person absent consent […] When there is probable cause to believe that the camera, film or other media contains evidence of criminal activity, the item may be seized, and a search warrant must be obtained in order to view its contents.

Here’s a higher-res version of this image in case you’d like to print it out, laminate it, and carry it around in your photo bag. You can bust it out in the event that you do get stopped.