For those of you who can’t stand what paparazzi photographers do with their cameras, know this: it’s not just the professional celebrity photographers who do such things. When a celebrity is spotted in public, ordinary people all around pull out their cameras and do exactly the same thing.

The video above shows what happened recently when Tom Cruise and his daughter Suri tried to watch a show at Disney’s Hollywood Studios in Florida.


People all around wanted their own photograph of the Cruises. Even though most of them were capturing exactly the same image, and though there are plenty of photos of Cruise online, everyone wanted a personal piece of photographic evidence that they saw the man with their own two eyes. 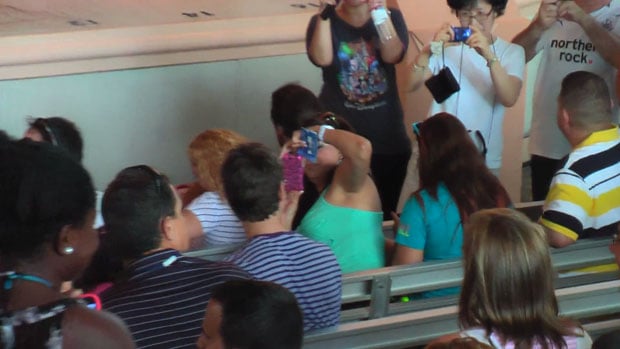 Here’s a strangely similar video showing the same thing happening to actor Jim Carrey. However, it’s not from a 3rd person point of view: Carrey filmed this video himself:

Here’s the top YouTube comment on the Tom Cruise video: “On the behalf of﻿ humanity. Sorry Tom.”