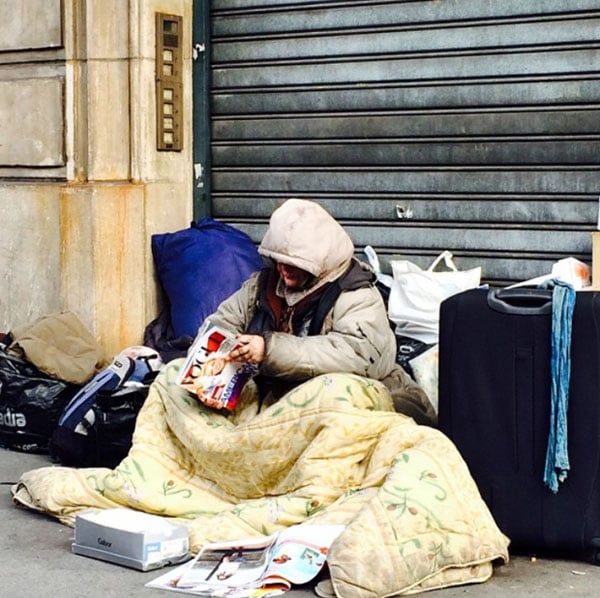 The style editor-at-large of Vogue is receiving criticism for being insensitive and “out of touch” after sharing (and subsequently deleting) a photograph of a homeless woman in Paris reading a copy of Vogue magazine.


The image was shared on Elisabeth von Thurn und Taxis’ Instagram account with the caption: “Paris is full of surprises… and @voguemagazine readers even in unexpected corners!” 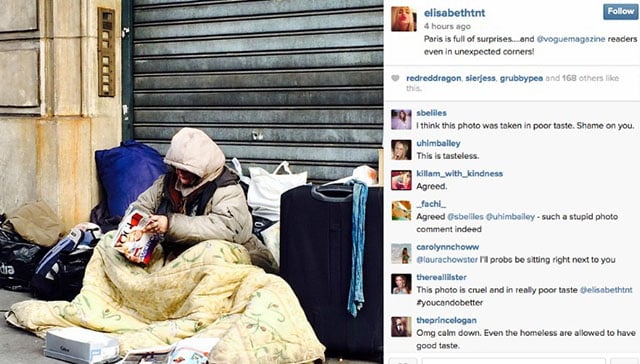 Shortly after the photo was posted, fashion website Fashionista reported on the “tasteless” photo and said that it was an example of how “disturbingly out of touch” the German princess is.

People also began leaving comments on the image, calling it “cruel,” “shameful,” and “in poor taste.” Others didn’t see anything wrong with the photo, and left supporting comments in defense of the princess. The editor initially defended herself. “Why cruel?” she asked, “The person to me is as dignified as anyone else!”

After mainstream media outlets began picking up on the casual snapshot, the princess deleted the photo and posted a public apology for offending people with the photograph.

I wanted to extend my sincerest apologies for the offense my post has caused. Yours truly Elisabeth

This past weekend, The Daily Mail went out and found the woman to get her opinion on the matter.

“It’s not nice taking pictures of people living on the street, that not polite”, 65-year-old Maryse Dumas tells the British tabloid, “It’s no joke being destitute, living on the street […] I don’t remember a young woman taking my picture – let alone a princess.”

(via Fashionista via CNN)