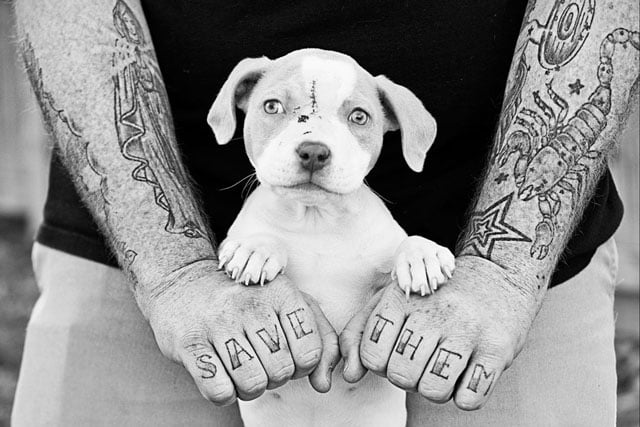 Since 2012, photographer Brian Batista has been shooting an ongoing project titled Tattoos & Rescues. It’s a series of portraits that seeks to combat the negative stereotypes surrounding both rescue dogs and tattooed people. The photos are meant to show that looks can be deceiving, and you should get to know both dogs and people before judging them based on outward appearances.

Batista says the project began in September 2012 in Birmingham, Alabama. The Nashville-based photographer wanted to do something for rescue animals that have a hard time getting adopted due to the misconception that they’re all damaged and unfit for adoption due to past trauma and abuse.

The photographer also had a friend who was fired from his job after getting a memorial tattoo on his neck for his 4-year-old son who had passed away.

“Not all visibly tattooed people are in hate groups, just like not all pit bulls are vicious,” Batista says. “Support your local animal rescue and advocacy groups before judging the animals. Ask a person why they have the tattoo they do before you judge them.”

Batista decided to try and combat both stereotypes in one photo project by shooting portraits of rescue dogs and their tattooed owners. Here are the shots in the project so far: 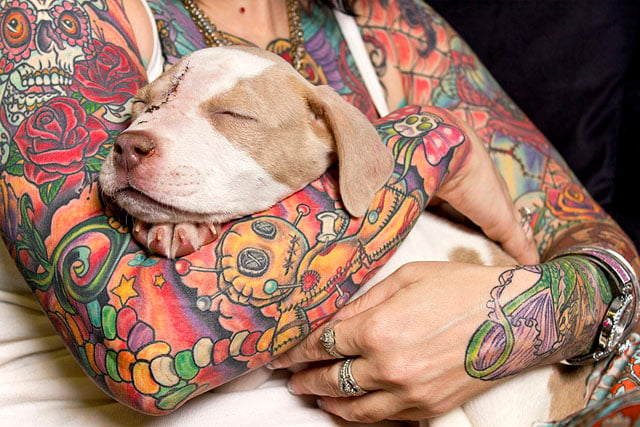 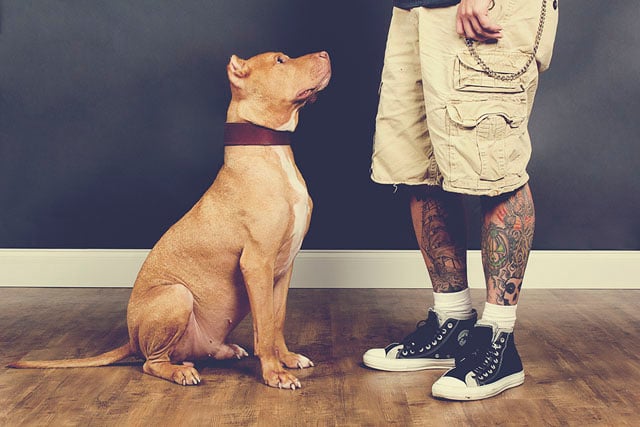 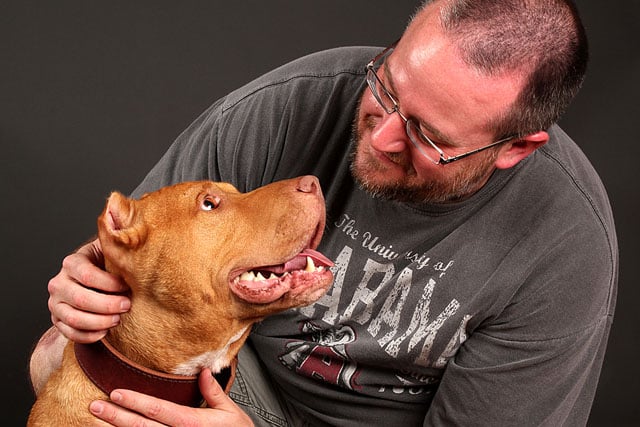 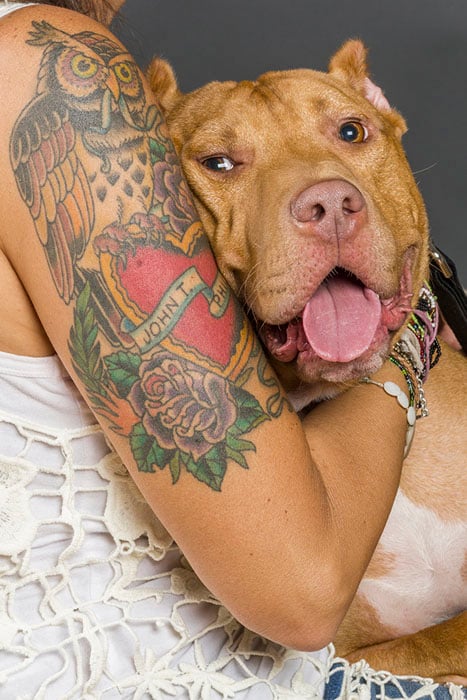 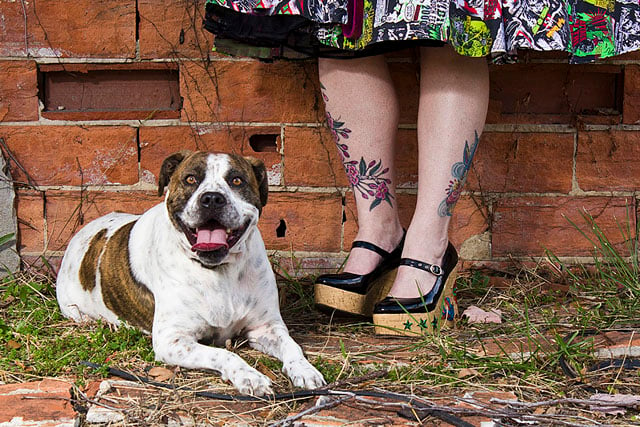 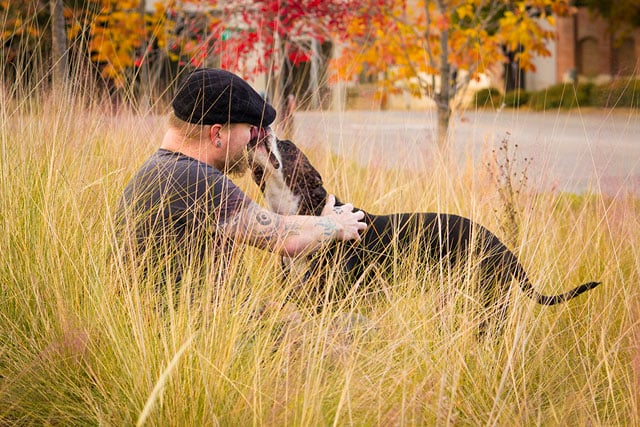 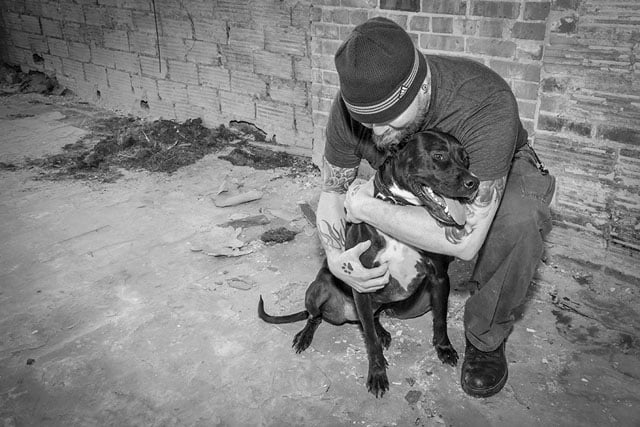 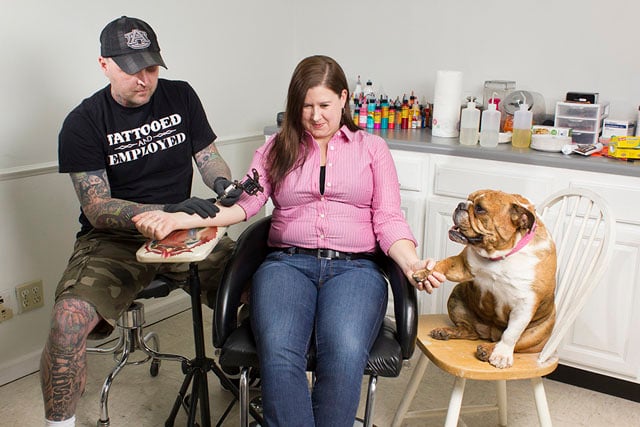 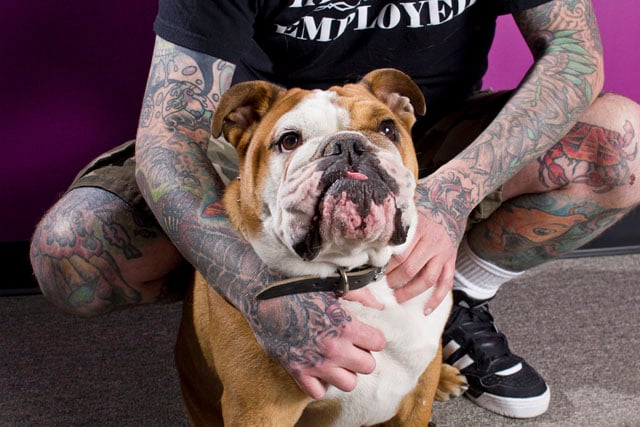 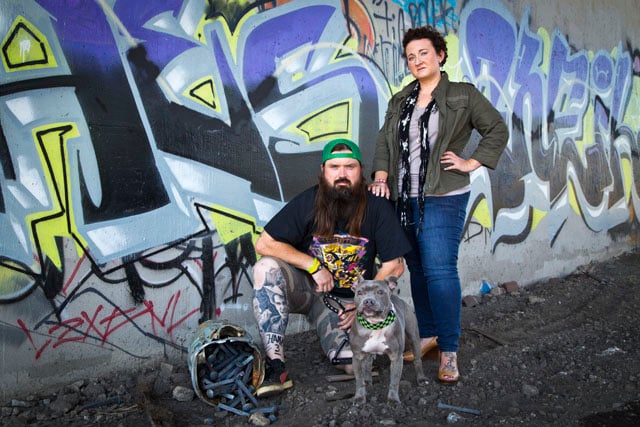 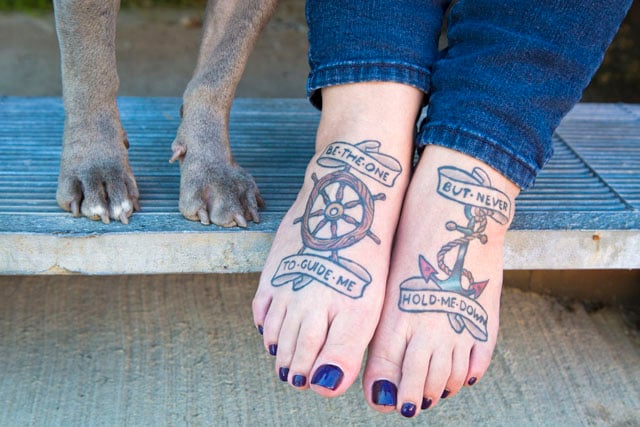 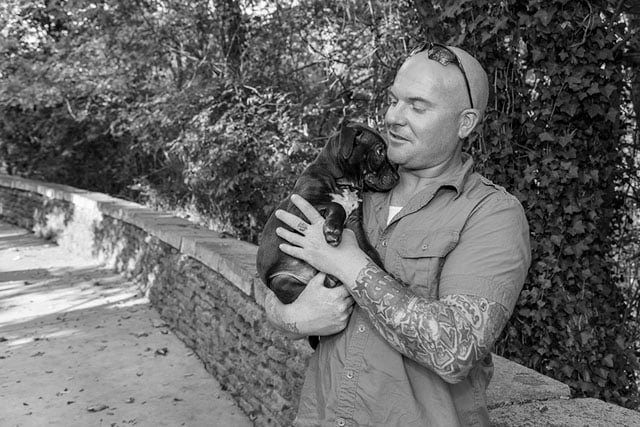 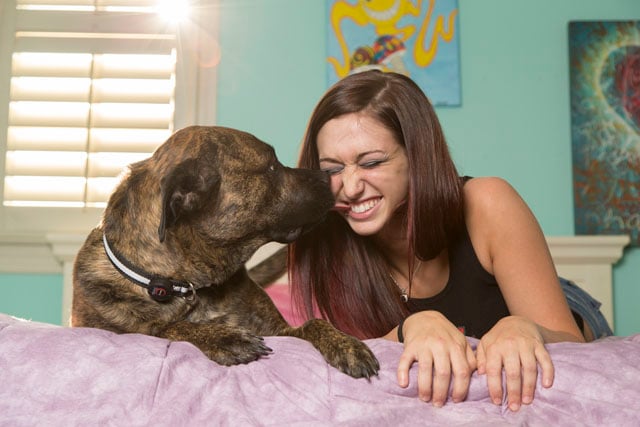 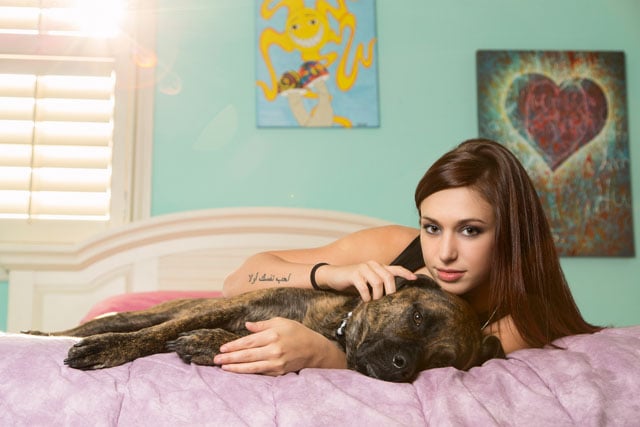 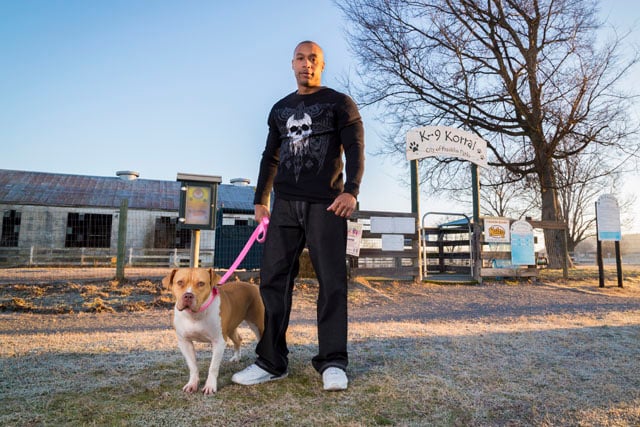 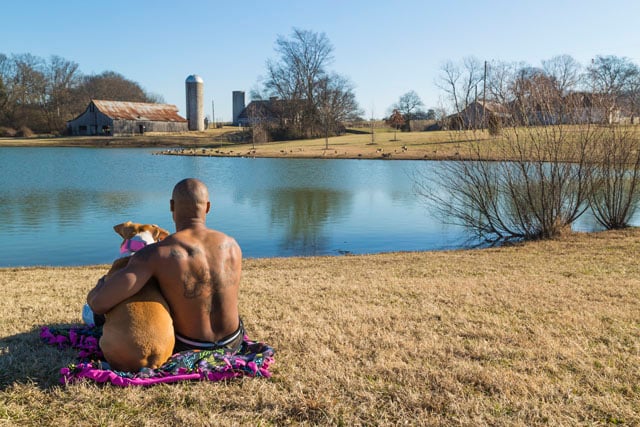 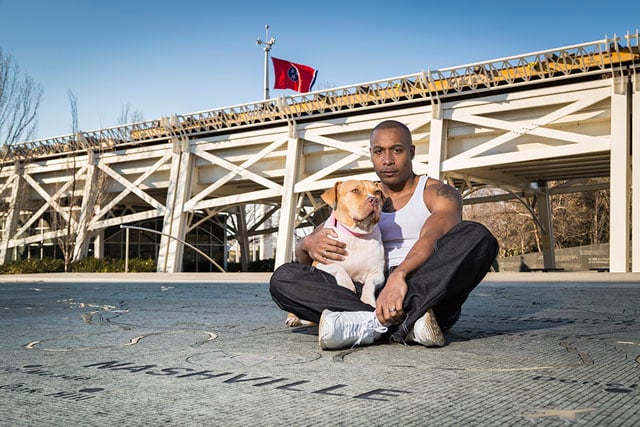 Image credits: Photographs by Brian Batista and used with permission

Photographer Captures Weasel Riding on the Back of a Flying Woodpecker