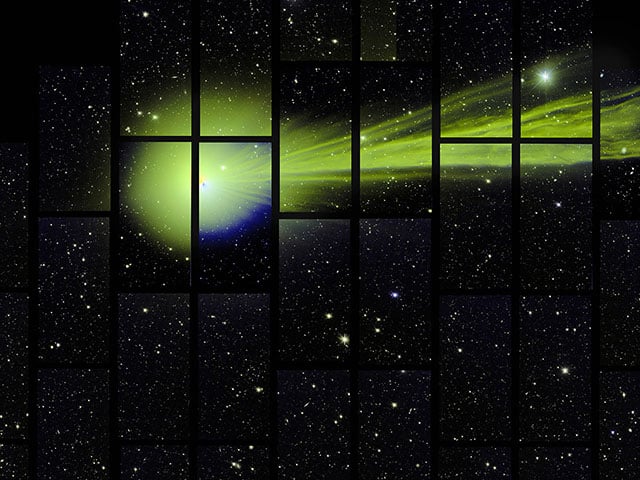 Until the 3.2-gigapixel LSST camera is launched in Chile, the 570-megapixel Dark Energy Camera (also in Chile) is the world’s most powerful camera. While photographing the southern sky recently to study the nature of dark energy, operators of the telescope camera accidentally captured the photo above showing Comet Lovejoy.

Here’s a closer look in a higher resolution and different orientation: 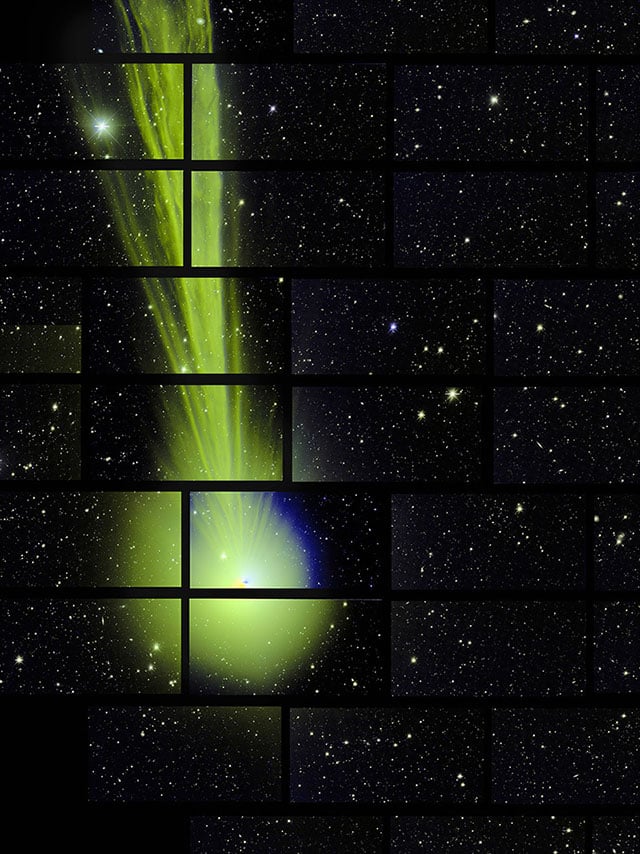 Each of the panels in the photograph was captured by one of the 62 separate CCD sensors in the camera during an exposure on December 27, 2014.

The scientists were surprised by the capture because they were using the camera to look much farther into the universe. The camera is sensitive to light from up to 8 billion light years away, and this comet was captured while traveling just 51 million miles from Earth.

The photo “reminds us that before we can look out beyond our Galaxy to the far reaches of the Universe, we need to watch out for celestial objects that are much closer to home!” the camera’s team writes.